CLAVICHORD (late Latin clavichordium, from Latin clavis – key and Greek χορδή – string) – a small keyboard stringed percussion-clamping musical instrument – is one of the forerunners of the piano.

Outwardly, the clavichord looks like a piano. Its components are also a case with a keyboard and four stands. However, this is where the similarities end. The sound of the clavichord was extracted thanks to tangent mechanics. What was such a mechanism? At the end of the key, the clavichord has a metal pin with a flat head – a tangent (from Latin tangens – touching, touching), which, when the key is pressed, touches the string and remains pressed against it, dividing the string into 2 parts:

Depending on where the tangent touched, the same string could produce a sound of different pitches.

The clavichords were of two types:

Sometimes the lower octave of the clavichord was shortened – partially diatonic. Warmth and expressiveness, tenderness and delicacy of the sound of the instrument are determined by a special way of sound production – a careful, as if creeping touch on the key. Slightly shaking the pressed key (connected to the string), it was possible to give the sound a vibration. This technique became a characteristic performing way of playing the clavichord, which was impossible on other keyboard instruments.

The clavichord is one of the oldest keyboard instruments and is derived from the ancient monochord. The name “clavichord” was first mentioned in documents from 1396, and the oldest surviving instrument was created in 1543 by Domenicus Pisaurensis and is now in the Leipzig Museum of Musical Instruments. 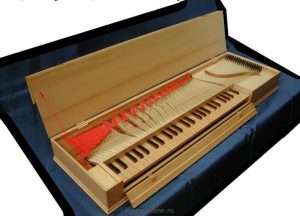 Clavichord was distributed in all European countries. Initially, it had the shape of a rectangular box and lay on the table during the game. Later, the body was equipped with legs. The dimensions of the clavichord ranged from small (octave) book-shaped instruments to relatively large ones, with a body up to 1,5 meters long. The number of octaves was originally only two and a half, but from the middle of the XNUMXth century it increased to four, and later it was equal to five octaves. 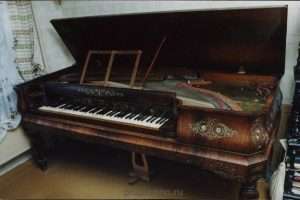 For the clavichord, works were created by such great composers as I.S. Bach, his son C.F.E. Bach, V.A. Mozart and even L. van Beethoven (although at the time of the latter, the piano came into fashion more and more rapidly – an instrument that Beethoven really liked). Due to its relatively quiet sound, the clavichord was used mainly in domestic life and at the beginning of the 19th century. finally supplanted by the pianoforte. 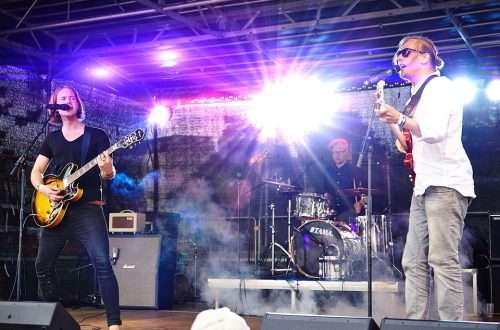 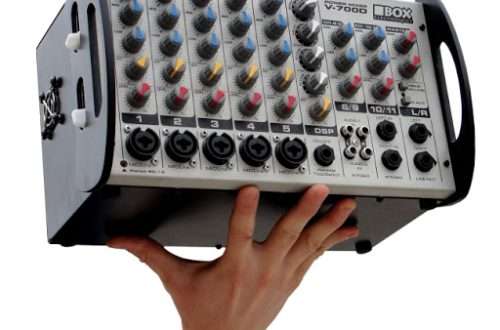