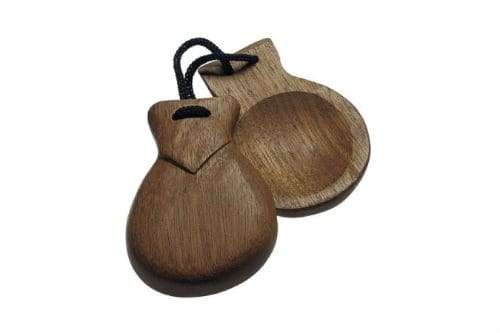 Castanets are percussion instruments. Translated from Spanish, the name “castanuelas” means “chestnuts”, due to the visual resemblance to the fruits of the chestnut tree. In Spanish Andalusia, it is called “palillos”, which means “chopsticks” in Russian. Today it is most common in Spain and Latin America.

Castanets look like 2 identical plates, similar in shape to shells, fastened together with their sunken sides inward. In the ears of the structures there are holes through which a ribbon or cord is pulled, attached to the fingers. Usually the tool is made of hardwood. But now you can find an option made of fiberglass. When making an instrument for a symphony orchestra, the plates are attached to the handle and can be double (for a louder sound at the output) or single.

Castanets belong to the group of idiophones, in which the sound source is the device itself, and no tension or compression of the strings is required.

An interesting fact is that despite the association with Spanish culture, in particular with flamenco dance, the history of the instrument originates in Egypt. The constructions found there by experts date back to 3 thousand years BC. Frescoes have also been found in Greece depicting dancing people with rattles in their hands, which looked almost like castanets. They were used to rhythmically accompany a dance or song. The instrument came to Europe and Spain itself later – it was brought by the Arabs.

There is another version, according to which castanets were brought by Christopher Columbus himself from the New World. The third version says that the birthplace of the musical invention is the Roman Empire. Finding the progenitors is incredibly difficult, because traces of such structures have been found in many ancient civilizations. But the fact that this is one of the oldest musical instruments is undeniable. According to statistics, this is the most popular souvenir that is brought as a gift from travels in Spain.

How to play castanets

This is a paired musical instrument, where the parts have two different sizes. It consists of Hembra (hembra), which means “woman”, and a larger part – Macho (macho), translated into Russian – “man”. Hembra usually has a special designation that says that the sound will be higher. Both components are worn on the thumbs of the left (Macho) and right hand (Hembra), and the knot that fastens the parts should be on the outside of the hand. In the folk style, both parts are put on the middle fingers, so the sound comes from the strikes of the instrument on the palm. 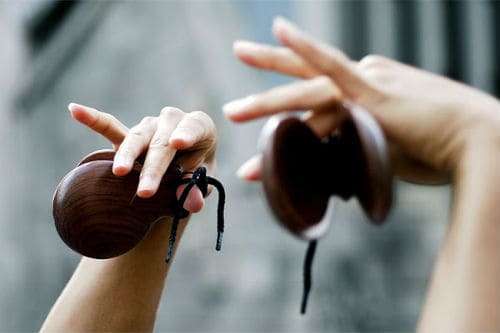 Despite its unpretentiousness and simplicity of design, the tool is very popular. Learning to play the castanets is quite difficult, it will take a long time to master the correct operation of the fingers. Castanets are played with 5 notes.

The list of uses of castanets is very diverse. In addition to flamenco dance and decoration of guitar performance, they are also actively used in classical music, especially when it comes to the need to reflect the Spanish flavor in a work or production. The most common association among uninitiated people who hear characteristic clicks is the passionate dance of a beautiful Spanish woman in a red dress, beating the rhythm with her fingers and heels.

In the theatrical environment, castanets gained the greatest popularity thanks to the productions of the ballets Don Quixote and Laurencia, where a characteristic dance is performed to the accompaniment of this type of noise musical instrument. 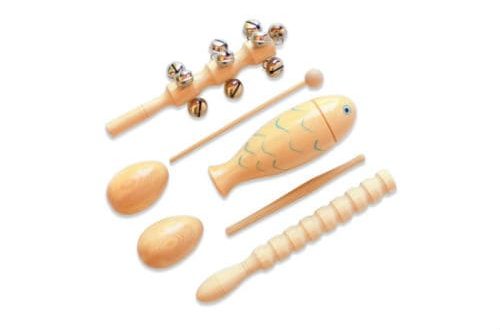 Shaker: description of the instrument, composition, how to choose and play 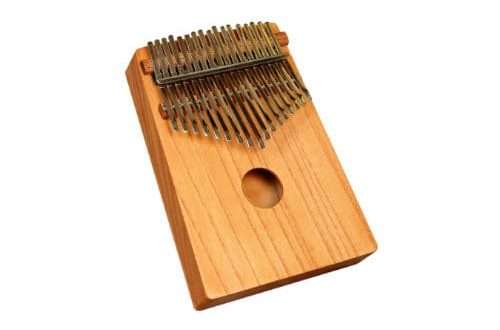 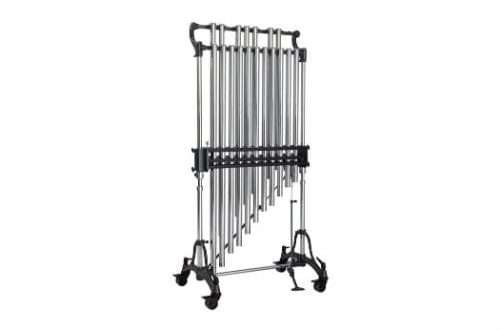 Bells: description of the instrument, composition, sound, use