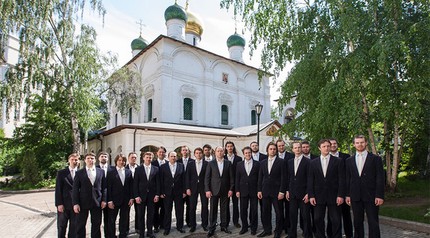 The choir at the Moscow Sretensky Monastery arose simultaneously with the foundation of the monastery in 1397 and has existed for more than 600 years. The interruption in the activities of the choir fell only during the years of persecution of the church during the period of Soviet power. In 2005, it was headed by Nikon Zhila, a graduate of the Gnessin Russian Academy of Music, the son of a priest, who had been singing in the church choir of the Trinity-Sergius Lavra since childhood. The current membership of the choir includes seminarians, students of the Sretensky Seminary, graduates of the Moscow Theological Seminary and the Academy, as well as vocalists from the Academy of Choral Art, the Moscow Conservatory and the Gnessin Academy. In addition to regular services at the Sretensky Monastery, the choir sings at solemn patriarchal services in the Moscow Kremlin, participates in missionary trips and significant events in the life of the Russian Orthodox Church. A participant in international competitions and music festivals, the choir is actively touring: with the program “Masterpieces of Russian Choral Singing” he traveled around the USA, Canada, Australia, Switzerland, Germany, England and France. The discography of the choir includes albums of sacred music, recordings of Russian folk, Cossack songs, pre-revolutionary and Soviet urban romances.

In addition to regular services at the Sretensky Monastery, the choir participates in especially solemn patriarchal services in the Moscow Kremlin, missionary trips of representatives of the Russian Orthodox Church, conducts active concert and touring activities, and records on CDs. The team took part in a concert in honor of the opening of the first Orthodox church in Rome, the consecration of the cathedral in the Iberian Monastery in Valdai and the Church of Saints Constantine and Helena in Istanbul, performed in the Auditorium hall of the papal residence in the Vatican, the Paris headquarters of UNESCO and Notre Dame Cathedral . In 2007, the choir made a large-scale tour dedicated to the unification of the Russian Orthodox Church, concerts of which took place on the best stages of New York, Washington, Boston, Toronto, Melbourne, Sydney, Berlin and London. As part of the mission of the Russian Orthodox Church, he participated in the “Days of Russia in Latin America” ​​(concerts in Costa Rica, Havana, Rio de Janeiro, Sao Paulo, Buenos Aires and Asuncion).

In the repertoire of the collective, in addition to sacred music, the best examples of the song tradition of Russia – Russian, Ukrainian and Cossack songs, songs of the war years, famous romances that artists perform in unique choral arrangements, leaving neither experts nor music lovers indifferent in Russia and abroad . 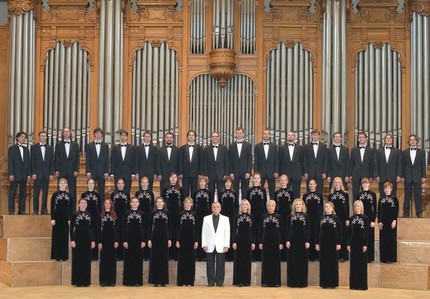 Chamber Choir of the Moscow Conservatory | 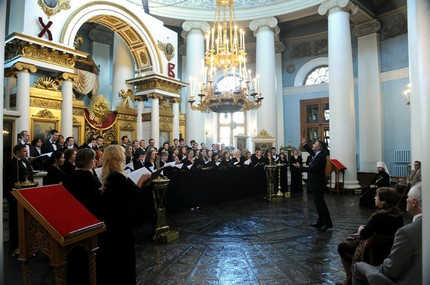 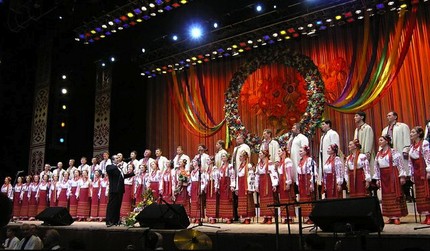