harpsichord [French] clavecin, from Late Lat. clavicymbalum, from lat. clavis – key (hence the key) and cymbalum – cymbals] – a plucked keyboard musical instrument. Known since the 16th century. (began to be constructed as early as the 14th century), the first information about the harpsichord dates back to 1511; the oldest instrument of Italian work that has survived to this day dates back to 1521.

The harpsichord originated from the psalterium (as a result of reconstruction and the addition of a keyboard mechanism).

Initially, the harpsichord was quadrangular in shape and resembled in appearance a “free” clavichord, in contrast to which it had strings of different lengths (each key corresponded to a special string tuned in a certain tone) and a more complex keyboard mechanism. The strings of the harpsichord were brought into vibration by a pinch with the help of a bird’s feather, mounted on a rod – a pusher. When a key was pressed, the pusher, located at its rear end, rose and the feather caught on the string (later, a leather plectrum was used instead of a bird’s feather). 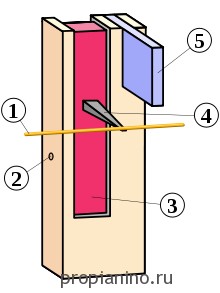 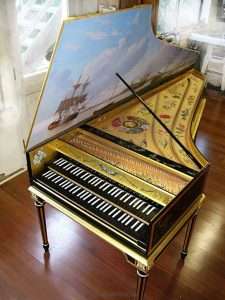 The sound of the harpsichord is brilliant, but not melodious (jerky) – which means that it is not amenable to dynamic changes (it is louder, but less expressive than that of the clavichord), the change in the strength and timbre of the sound does not depend on the nature of the strike on the keys. In order to enhance the sonority of the harpsichord, double, triple and even quadruple strings (for each tone) were used, which were tuned in unison, octave, and sometimes other intervals.

From the beginning of the 17th century, metal strings were used instead of gut strings, increasing in length (from treble to bass). The instrument acquired a triangular pterygoid shape with a longitudinal (parallel to the keys) arrangement of strings. 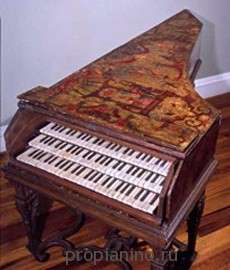 In the 17th and 18th centuries to give the harpsichord a dynamically more diverse sound, instruments were made with 2 (sometimes 3) manual keyboards (manuals), which were arranged terraced one above the other (usually the upper manual was tuned an octave higher), as well as register switches for expanding trebles, octave doubling of basses and changes in timbre coloration (lute register, bassoon register, etc.).

The registers were actuated by levers located on the sides of the keyboard, or by buttons located under the keyboard, or by pedals. On some harpsichords, for greater timbre variety, a 3rd keyboard was arranged with some characteristic timbre coloring, more often reminiscent of a lute (the so-called lute keyboard).

Outwardly, harpsichords were usually finished very elegantly (the body was decorated with drawings, inlays, carvings). The finish of the instrument was in keeping with the stylish furniture of the Louis XV era. In the 16th and 17th centuries The harpsichords of the Antwerp masters Ruckers stood out for their sound quality and their artistic design. 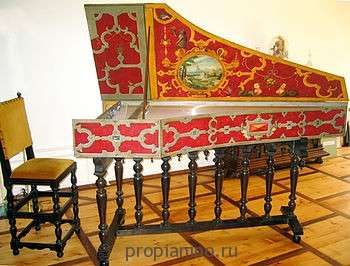 The name “harpsichord” (in France; archichord – in England, kielflugel – in Germany, clavichembalo or abbreviated cembalo – in Italy) was preserved for large wing-shaped instruments with a range of up to 5 octaves. There were also smaller instruments, usually rectangular in shape, with single strings and a range of up to 4 octaves, called: epinet (in France), spinet (in Italy), virginel (in England).

A harpsichord with a vertical body is a claviciterium. The harpsichord was used as a solo, chamber-ensemble and orchestral instrument. 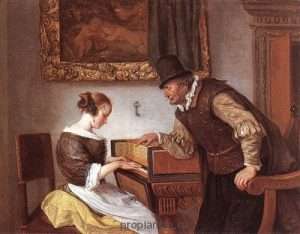 The creator of the virtuoso harpsichord style was the Italian composer and harpsichordist D. Scarlatti (he owns numerous works for harpsichord); the founder of the French school of harpsichordists was J. Chambonnière (his Harpsichord Pieces, 2 books, 1670, were popular).

Among the French harpsichordists of the late 17th and 18th centuries. — F. Couperin, J. F. Rameau, L. Daquin, F. Daidrieu. French harpsichord music is an art of refined taste, refined manners, rationalistically clear, subject to aristocratic etiquette. The delicate and chilly sound of the harpsichord was in harmony with the “good tone” of the chosen society.

By the end of the 18th century the works of French harpsichordists began to disappear from the repertoire of performers. As a result, the instrument, which had such a long history and such a rich artistic heritage, was forced out of musical practice and replaced by the piano. And not just forced out, but completely forgotten in the XNUMXth century.

This happened as a result of a radical change in aesthetic preferences. Baroque aesthetics, which is based either on a clearly formulated or clearly felt concept of the theory of affects (briefly the very essence: one mood, affect – one sound color), for which the harpsichord was an ideal means of expression, gave way first to the worldview of sentimentalism, then to a stronger direction. – Classicism and, finally, Romanticism. In all these styles, on the contrary, the idea of ​​changeability – feelings, images, moods – has become the most attractive and cultivated. And the piano was able to express it. The harpsichord could not do all this in principle – due to the peculiarities of its design. 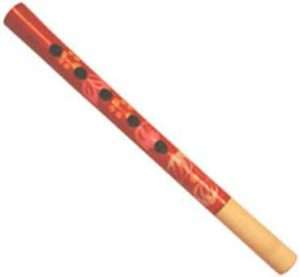 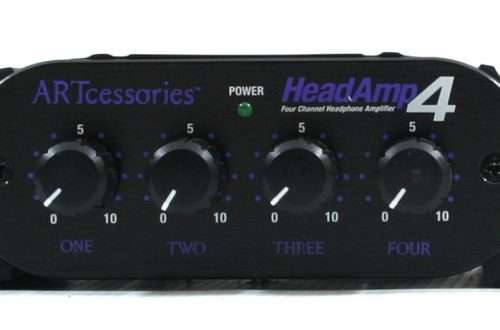 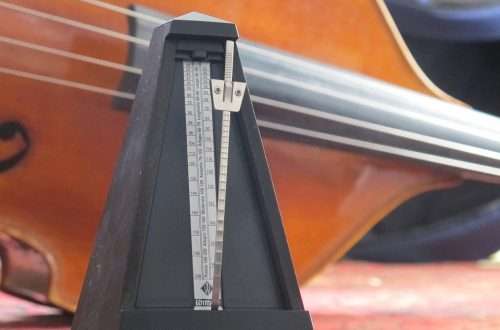