It so happened that the most heartbreaking compositions were written in minor keys. It is believed that the major scale sounds cheerful, and the minor – sad. In that case, prepare a handkerchief: this entire lesson will be devoted to the “sad” minor modes. In it you will learn – what kind of keys they are, how they differ from major keys and how to play minor scales.

By the nature of the music, I think you will unmistakably distinguish between a cheerful, energetic major and a gentle, often sad, plaintive, and sometimes tragic minor. Remember the music of Mendelssohn’s “Wedding March” and Chopin’s “Funeral March”, and the differences between major and minor will become more than obvious to you.

I hope you haven’t quit playing scales? I will remind you the importance of these seemingly boring activities. Imagine that you stop moving and putting stress on your body, what will be the result? The body will become flabby, weak, thick in places :-). So it is with your fingers: if you do not train them every day, they will become weak and clumsy, and will not be able to play the pieces you love so much. So far, you’ve only played major scales.

Let me tell you right away: minor scales are no smaller (and no less important) than major scales. It’s just that they were given such an unfair name.

Like major scales, minor scales consist of eight notes, the first and last of which bear the same name. But the order of the intervals in them is different. The combination of tones and semitones in the minor scale is as follows:

It may look like a combination of intervals of a major scale, but in fact, the tones and semitones are in a different order here. The best way to feel this sonic difference is to play and listen to the major and minor scales one after the other.

As you probably noticed, the main difference between the major and minor modes lies in the third step, the so-called it sinks in the third: in the minor key, it is lowered, forming an interval of a minor third (m.Z) with the tonic.

Another difference is that in the major mode the composition of the intervals is always constant, while in the minor mode it can change on the upper steps, which creates three different types of minor. Perhaps it is precisely from this many-sidedness of the minor key that brilliant works are obtained?

So, what are these different types, you ask?

There are three types of minor:

Each type of minor is characterized by its composition of intervals. Up to the fifth step in all three they are the same, and on the sixth and seventh there are variants.

harmonic minor differs from the natural one by an elevated seventh step: raised by half a tone, it is moved closer to the tonic. The interval between the sixth and seventh steps thus becomes wider – it is now one and a half tones (called an extended second – uv.2), which gives the scale, especially in a downward movement, a kind of “eastern” sound.

Another kind of minor – melodic minor, also known as jazz minor (it is found in most jazz music). Of course, even long before the advent of jazz music, composers such as Bach and Mozart used this type of minor as the basis of their works.

Both in jazz and in classical music (and in other styles too), the melodic minor differs in that it has two steps raised – the sixth and seventh. As a result, the order of intervals in the melodic minor scale becomes:

Now let’s touch on the question of how to determine the number of key signs in a particular minor key.

Major and minor keys with the same number of signs (or without them, as in the case of C major and A minor) are called parallel.

They are always separated from each other by a minor third – the minor will always be built on the sixth step of the major scale.

The tonics of parallel keys are different, the composition of the intervals is also different, but the ratio of white and black keys is always the same. This once again proves that music is the realm of strict mathematical laws, and, having understood them, one can move easily and freely in it.

Understanding the relationship of parallel keys is not so difficult: play the C major scale, and then it, but not from the first step, but from the sixth, and stop at the sixth at the top – you played nothing more than the “natural minor” scale in the key of A minor.

In front of you list of parallel keys with their Latin designations and the number of key characters.

Well, now you have an idea about the minor, and now all this knowledge can be put into practice. And you need to start, of course, with scales. Below is a table of all existing major and parallel minor scales with all fingerings (finger numbers). Get busy, don’t rush.

Let me remind you the technique of playing scales: 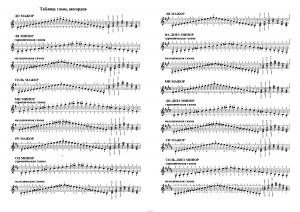 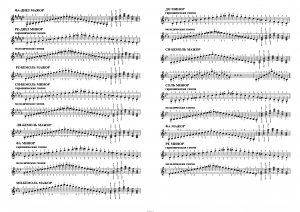 In fact, the composer is not obliged to use all the notes from any scale in his melody. Composer scale is a menu from which you can select notes.

People have been experimenting with spacing ratios since the advent of music. And although most experimental scales have not gained such popularity as major and minor, in some musical styles these inventions are used as the basis of melodies.

And finally, I will throw you some interesting music in minor keys 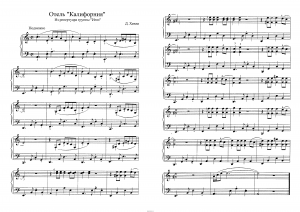 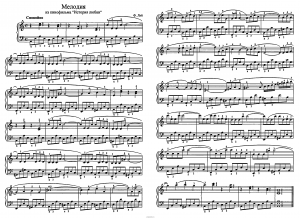 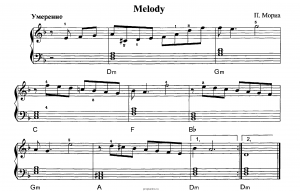 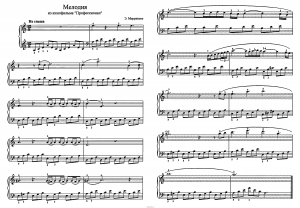 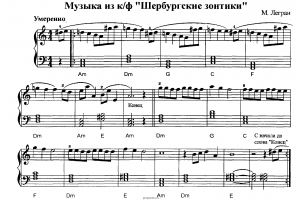 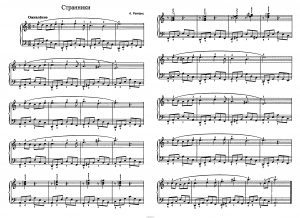