Well, finally, we have come to the most crucial moment in playing the piano. In this lesson, you will learn how to improvise with your left hand. This means that after carefully reading this lesson and working hard, you can easily play any piece the way you like, knowing only the melody and chords to it.

What do you need to know for this?

Aren’t you scared? We have already done half the work, and this is already a lot. There are 3 and 4 points left. Let’s look at them in order, then everything will fall into place. And you will understand that there is nothing complicated here (subject to a good assimilation of the first two points).

So far, you have played these types of chords, which are called basic. What does this mean? What this means is that if you play a C or Cm chord (C major or C minor), the lowest note is C. It is the root note of the chord. Further, the notes of the chord are arranged in the following sequence: the main tone is followed by a third, and then a fifth. Let’s look at an example.

I hope everything is clear?

But in order to play a chord, it is absolutely not necessary to take its main form. Remember from mathematics: “The sum does not change from changing the places of the terms”? The same thing happens when playing a chord. No matter how you take it, in whatever sequence you put the original notes, it will remain the same.

Triad inversion – moving the lower sound of a chord up an octave or higher the sound of the chord down an octave.

Let’s take the familiar C major chord. It will remain so, no matter how we take it, and there are only three options: do-mi-sol, mi-sol-do, salt-do-mi.

What does this knowledge give us? And here’s what:

For example, to connect chords C and F, it is enough to change the location of only two notes: we change mi and salt to fa and la (one key higher). In this case, the note “to” remains in place. This is much easier than moving the entire hand from the main C chord to the main F (F-la-do) chord.

Summarize. It is important to remember that the notes included in a chord can be composed in different ways. It is not necessary for the chord to have a root at the bottom. It can be built from any note included in its composition, choosing the type that is convenient for you at the moment, or the sound of which you like best.

Try to play all the chords you know with their inversions.

The next step in mastering the invocations for you will be connecting different chords using different types of their arrangement. The main task at the same time is to preserve the smoothest transitions from one chord to another, excluding large jumps between them.

Here is an example of what it should look like:

And now try to play chord progressions yourself, using the smoothest transitions from one chord to another:

If it doesn’t work out, try to write these chords on the staff first, analyze them, finding the shortest way to play them one after the other (with the smoothest voicing) using inversions.

For those who are engaged in solfeggio at a music school, a table with information will certainly be useful,

What steps are chords built on? 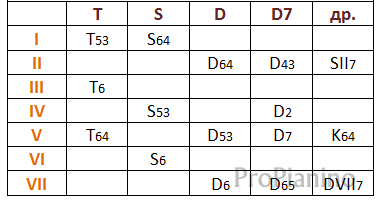 When you have mastered the inversion of triads well, you can start arranging melodies. Namely, add your own accompaniment to it. But how to do that?

Up to this point, you have simply used long chord backgrounds, this type of accompaniment is called “chord accompaniment”.

Let’s take the well-known melody “A Christmas tree was born in the forest”, and use it as an example to make an arrangement with different types of accompaniment. Note that its character, depending on the accompaniment, will change, in some places – dramatically.

– at a fast pace – tension, expectation of some kind of denouement or – less often – inspiration, elation

– and at a slow pace – either the effect of a funeral procession, or the soft pitching of a slow dance

– Fully chordal design of both the theme and accompaniment – an excellent tool for climaxes and giving weight, hymn.

Another type of accompaniment is the alternation of bass and chord. It is also divided into several subspecies:

– when the bass and the rest of the chord are taken

– bass and multiple repetition of a chord (such accompaniment is used, for example, in a waltz)

– well, the most common type of accompaniment is arpeggiated figuration.

Italian word “arpeggio” means “as on a harp.” That is, the arpeggio is the performance of chord sounds sequentially, as on a harp, and not simultaneously, as in the chord itself.

There are a large number of types of arpeggios, and, depending on the size, the works can be very different. Here is some of them:

This list can be continued indefinitely. But, perhaps, it is worth stopping so that you can at least master these. In fact, having mastered the basics of accompaniment, you can rely on your own feelings and try to experiment.

So, hold on. Here are some popular melodies with recorded chords. Play them with different types of accompaniment. But do not forget the order of learning the works: 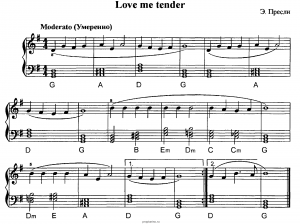 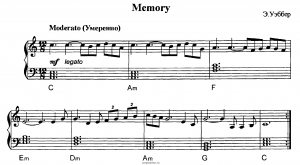 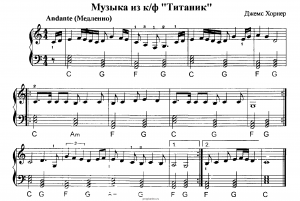 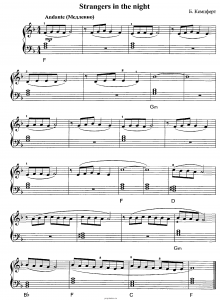 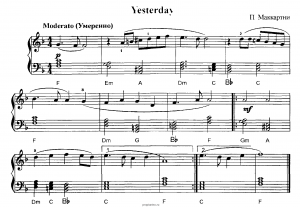 Well, for those who are completely lazy, who do not want to compose chords on their own, I present here such a table of chords. I will say in advance that there are two not quite common accidentals in it. Along with sharp (

), which respectively raise and lower the note by a semitone, there is a double-sharp (

) that raise and lower a note by a whole tone. 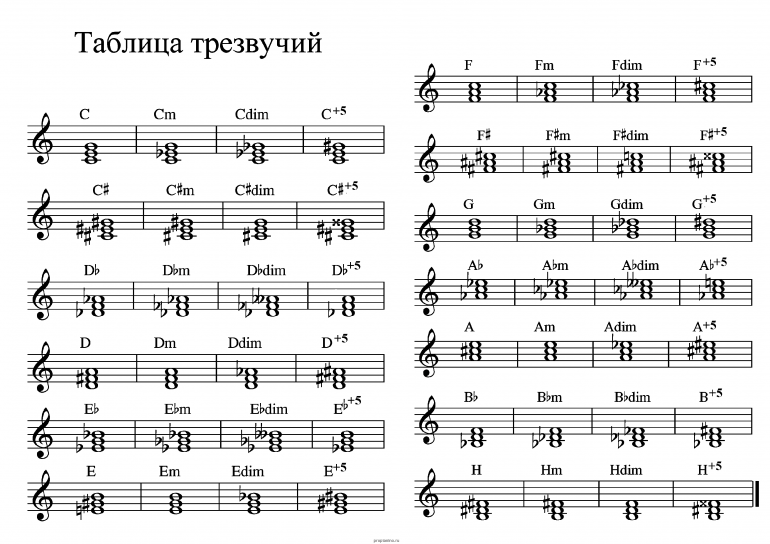 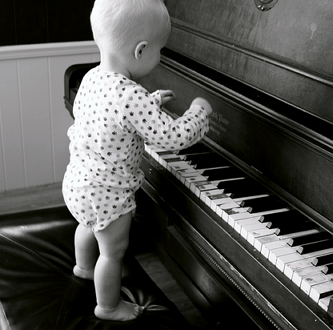 Correct seating at the piano