To obtain minor minor seventh chord from Do (Cm7), you need to lower the Mi, or third, by half a tone in a small major seventh chord (dominant seventh chord) from Do (C7) and turn it into an E-flat; you have already done this, going from a triad in C major (C) to C minor (Cm).

Perhaps you were expecting a minor seventh chord to be built on top of a major seventh chord in which the third should be lowered. Yes, you are right: the musical logic in this case is somewhat lame, but there is a pleasant side to all this: if we take the dominant seventh chord as the basis for different seventh chords, then the rules for constructing minor or augmented ones completely coincide with the rules for the corresponding triads. (The only exception is the diminished seventh chord; however, its construction is very logical and you won’t have any problems with it.)

It sounds very colorful in works where there is just a minor triad. Try replacing it with a seventh chord and you will see how the piece of music will play in a new way. Let’s take at least the melody from the “Umbrellas of Cherbourg” already familiar to you, let’s try to add a little color to it: 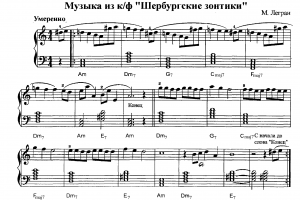 In modern songs augmented seventh chords are rare. It consists of an enlarged triad, to which is added a small seventh from the main tone. That is, if we take a small major seventh chord and raise the fifth tone in it by half a tone, then we will get an increased seventh chord.

Depending on how much you have mastered the principle of building an augmented seventh chord, play as many more of these chords as you deem necessary. Here are some of those chords:

We now move on to the last and perhaps the least common of the seventh chords – reduced. As a basis for its construction, again, it is best to use a small major seventh chord (dominant seventh chord). You need to lower its third, fifth and seventh, like this:

The following illustration will help you better understand the meaning of what has been said. Play all the chords given here:

Everything seems to be

How to learn notes: practical recommendations 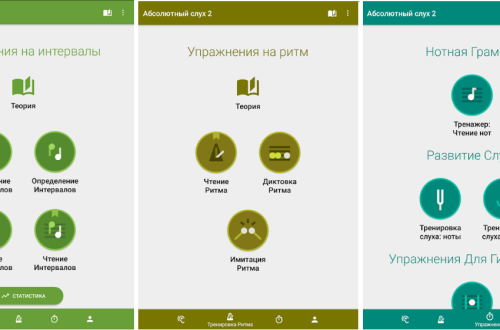