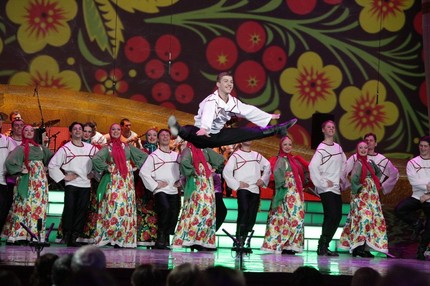 State Academic Russian Folk Choir named after M.E. Pyatnitsky is rightly called the creative laboratory of folklore. The choir was founded in 1911 by the outstanding researcher, collector and propagandist of Russian folk art Mitrofan Efimovich Pyatnitsky, who for the first time showed the traditional Russian song in the form in which it has been performed by the people for centuries. Looking for talented folk singers, he sought to acquaint the wide circles of the city public with their inspired skill, to make them feel the full artistic value of Russian folk songs.

The first performance of the group took place on March 2, 1911 on the small stage of the Noble Assembly of Moscow. This concert was highly appreciated by S. Rachmaninov, F. Chaliapin, I. Bunin. After enthusiastic publications in the media of those years, the popularity of the choir increased year by year. By decree of V.I. Lenin in the early 1920s, all members of the peasant choir were transported to Moscow with the provision of a job.

After the death of M.E. Pyatnitsky choir is led by philologist-folklorist P.M. Kazmin – People’s Artist of the RSFSR, Laureate of State Prizes. In 1931, composer V.G. Zakharov – later People’s Artist of the USSR, Laureate of State Prizes. Thanks to Zakharov, the band’s repertoire included songs written by him, which became famous throughout the country: “And who knows”, “Russian beauty”, “Along the village”.

During the war, the choir named after M.E. Pyatnitsky conducts a large concert activity as part of front-line concert brigades. The song “Oh, my fogs” became a kind of anthem for the entire partisan movement. During the years of the recovery period, the team actively tours the country and is one of the first to be entrusted with representing Russia abroad.

In 2001, the nominal star of the choir named after M.E. Pyatnitsky on the “Avenue of Stars” in Moscow. In 2007, the choir was awarded the Patriot of Russia medal of the Government of the Russian Federation, and a year later it became the winner of the National Treasure of the Country award.

Rethinking the creative heritage of the Pyatnitsky Choir made it possible to make its stage art modern, relevant for the audience of the XNUMXst century. Such concert programs as “I am proud of you country”, “Russia is my Motherland”, “Mother Russia”, “… Unconquered Russia, righteous Russia …”, meet the high standards of spirituality and morality of the Russian people and are very popular among the audience and in significantly contribute to the education of Russians in the spirit of love for their fatherland.

About the choir named after M.E. Pyatnitsky created feature and documentary films: “Singing Russia”, “Russian Fantasy”, “All life in dance”, “You, my Russia”; published books: “Pyatnitsky State Russian Folk Choir”, “Memories of V.G. Zakharov”, “Russian Folk Dances”; a huge number of musical collections “From the repertoire of the choir named after M.E. Pyatnitsky”, newspaper and magazine publications, many records and disks.

Choir named after M.E. Pyatnitsky is an indispensable participant in all festive events and concerts of national importance. It is the base team of the festivals: “All-Russian Festival of National Culture”, “Cossack Circle”, “Days of Slavic Literature and Culture”, the annual solemn ceremony of awarding the Prize of the Government of the Russian Federation “Soul of Russia”.

Choir named after M.E. Pyatnitsky was honored to represent our country at the highest level abroad in the framework of the meetings of the heads of state, the Days of Russian Culture.

The assignment of the Grant of the President of the Russian Federation allowed the team to preserve all the best created by its predecessors, ensure continuity and rejuvenate the team, attract the best young performing forces in Russia. Now the average age of artists is 19 years old. Among them are 48 laureates of regional, all-Russian and international competitions for young performers.

At present, the Pyatnitsky Choir has retained its unique creative face, remaining the scientific center of professional folk art, and the modern performance of the choir is a high achievement and a standard of harmony in the performing folk art. 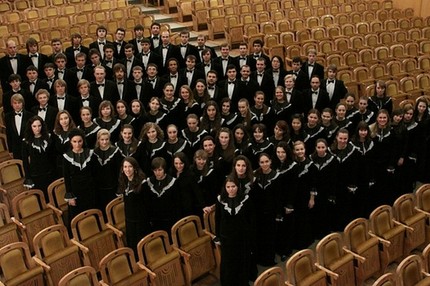 Choir of the Choir Arts Academy | 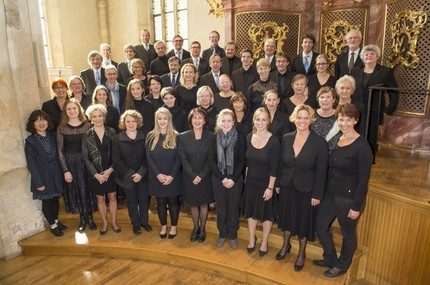 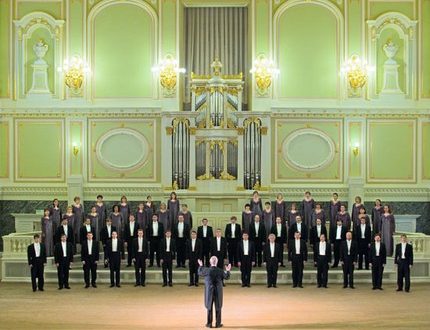