This lesson is presented with old English music of two different genres – dance and song. Looking at the notes of an old dance, one cannot fail to notice that there are 2 sharps (F and C) at the key. Sharps denote the key of D major, but for now we will not delve into the theory and we will only remember that all notes of F and C in this dance will be played with a sharp sign (half a tone higher). Next to the sharps is a crossed-out letter C indicating the size. Sometimes this letter C indicates the dimensions of four quarters:

There is also a size 2/2 two second indicated by a crossed-out letter C, as shown in the second example, it is also called alla breve (alla breve):

Small barre in an old dance

Already in the second measure of the old dance, a bracket appeared above the notes with the inscription B II denoting that in this place you should put a barre, that is, with your index finger, simultaneously press 3-4 strings at once on the second fret. The letter B is not always written in front of the Roman numeral in notes, usually only the Roman numeral is put, indicating on which fret the barre is placed and sometimes a bracket is drawn indicating the coverage of the notes played when setting the barre. Here, a small barre is exhibited, in which at the same time the index finger presses less than five strings. If the index finger presses 5 or 6 strings at the same time, then this will already be a big barre. Read more about this complex guitar technique in the article “How to take (clamp) the barre on the guitar”, which describes in all nuances the correct performance of the barre technique on the guitar. 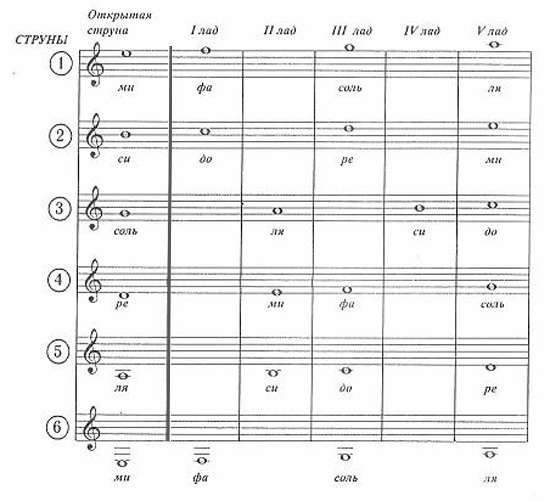 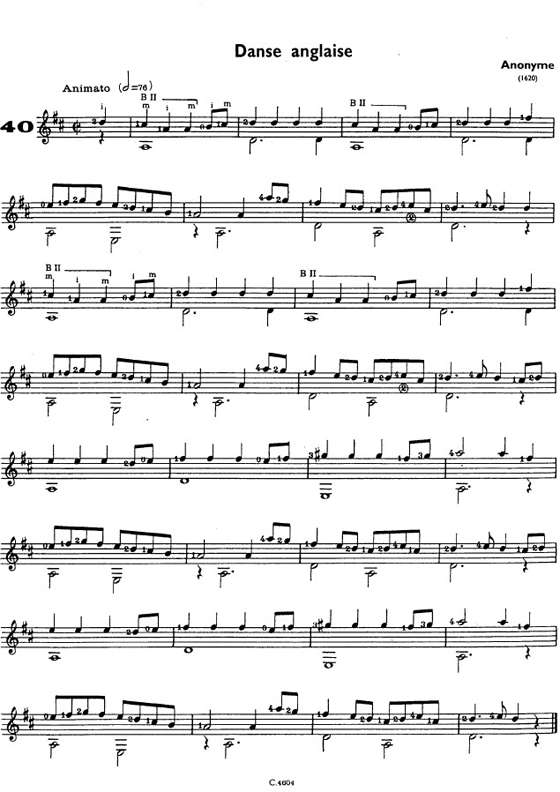 The old song Greenleeves is widely known in the world as one of the most beautiful old English songs. In Russia, it is well known under the name “Green Sleeves”. Many interesting arrangements have been made on this subject, including in guitar music. Here are simple notes with a complicated 6/8 time signature, so be careful when calculating note durations. To begin, count on 1 and 2 and 3 and 4 and 5 and 6 and or 1 and 2 and 3 and 1 and 2 and 3 and to accurately align each note. Follow the indicated fingering with both hands. If you have a great desire to put the third finger instead of the fourth finger of your left hand, then start fighting this, since the little finger in your game, with the correct setting of the hand, should adequately perform the functions prescribed for it. The desire to change the fourth finger to the third usually arises from the incorrect seating of the guitarist, so pay attention to how you hold the instrument and how you sit.