In this lesson, we’ll talk about the guitarist’s seat, look at left-hand placement, and start playing picks for beginners. Proper posture and hand placement are of great importance, influencing the beauty of the produced sound, the speed of execution and the freedom of movement when playing in general. My students often disregard my advice on proper stance and seating. Tired of talking about this, I suggest that they play certain passages so that they can prove to me in practice that they are right. The fiasco that befalls my students at the same time and the difference when playing in the correct position and holding the instrument in the end is not in their favor. To play like You will feel like, first you need to learn how to play, so how to, and then you can play like Jimi Hendrix with your teeth or holding a guitar behind your head. So, consider the landing of a guitarist. 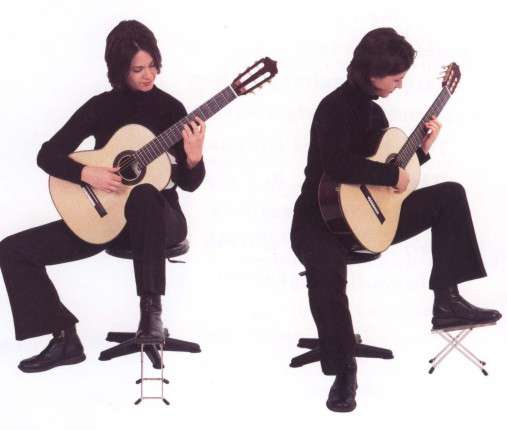 The guitarist should sit on a stable seat with a height proportional to his height. The guitar is located with a shell notch on the left knee, the chest slightly touches the lower (rear) soundboard in the region of the highest point of the instrument’s body. The left leg is bent at the knee, resting the foot on the stand.

Now consider the setting of the right hand and sound production. The photo shows the names of the fingers.

Guitarists in most cases use the nail method of sound production, the sound with this method is louder, so there are small nails on the fingers. 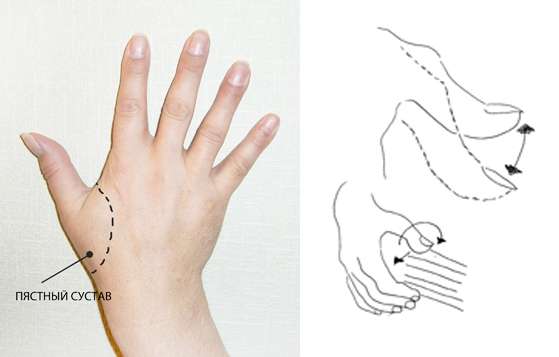 After hitting a string, the thumb returns to its original position in a circular motion or remains on the fifth string if the sound needs to be produced on the next string. The photo shows the position of the right hand from above, where the thumb  p forms a semblance of a cross in relation to the index finger i. 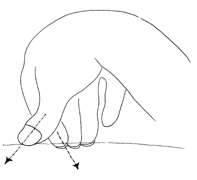 Correct positioning of the hand on the guitar:

Incorrect positioning of the hand on the guitar:

Place your fingers on the corresponding non-pressed strings (the strings are indicated by numbers in circles) and after hitting with your thumb p play all the sounds one by one ima movement of the fingers into the palm of the hand. Try to keep the hand stationary while playing the finger, and only the fingers move.