A beautiful etude in C major by the great Spanish guitarist Francisco Tarrega provides you with a great opportunity to consolidate the arrangement of notes already familiar from the last lesson on the guitar neck up to the XNUMXth fret. This etude will also help to remember once again the topic of the lesson before last and rehearse the setting of the small barre, and besides that, move on to the more difficult mastering of the big barre on the guitar neck. But first, a little theory that directly concerns this study.

Triol Tarrega’s etude was completely written in triplets and this is clearly seen in the first measure, where in the musical notation above each group of notes there are numbers 3 denoting a triplet. Here, in the etude, the triplets are put down not quite in accordance with their correct spelling, since usually, in addition to the number 3, a square bracket uniting them is put above or below a group of three notes, as in the figure below.

In music theory, a triplet is a group of three notes of the same duration, equal in sound to two notes of the same duration. To somehow understand this dry theory, look at an example where, in a four-quarter time, eighth notes are first put down, which we count for each group on one and two and, and then on three and the first group of triplets, and on four and second.

Of course, it should be noted that to play triplets and count durations without splitting into (и) is much simpler, especially in Francisco Tarrega’s study. As you already remember from the lesson before last, the letter C in the key denotes the size 4/4 and you can easily play counting two three four times and play three notes per count unit. It is even easier to do this if you play with a metronome turned on at a slow tempo. When playing triplets, one must take into account that each first note in the group of triplets is played with a slight accent, and this accent in the etude falls exactly on the melody.

In the fourth measure from the end of the piece, a large barre is first encountered, which is taken on the first fret. If you have any difficulties with its performance, refer to the article “How to take (clamp) the barre on the guitar.” When performing the etude, strictly observe the fingerings of the fingers of the right and left hands indicated in the notes. 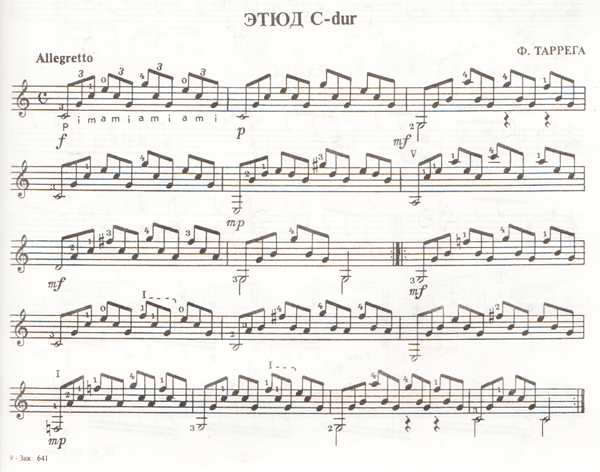 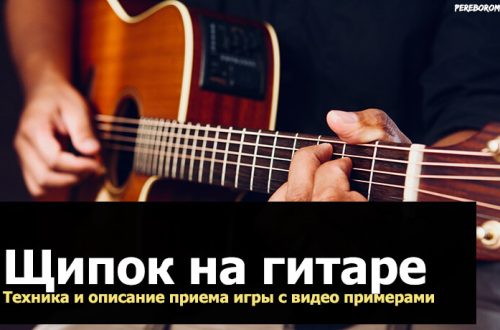 Pinch on the guitar. Technique and description of the reception of the game with video examples 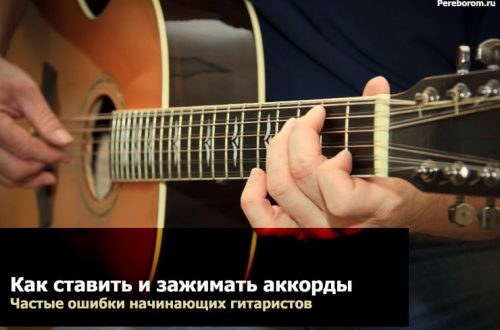