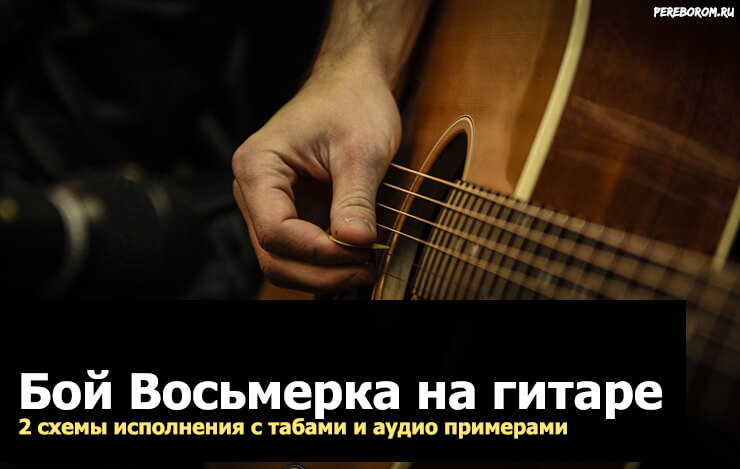 There are as many types of guitar fighting as there are types of rhythmic patterns – an infinite number. Each performer thinks through his own style of performance for each song, making it different from the rest. However, when thinking about rhythm and fighting, a set of certain standards and archetypes of guitar playing is used – and the figure eight fight is one of them. This is a classic way of performing compositions, which every self-respecting guitarist should master and have in his musical arsenal. This article just explains what is fight eight on the guitar and explains in detail how to play it.

One of the main advantages of this way of playing over others is its variability, which allows you to improvise with the rhythmic pattern and manner of performance. This makes it much more convenient for the musician to choose the way to play for his songs, sometimes moving on to other types of guitar strumming – for example, to fight four.

This one differs from other types of guitar playing by an interesting rhythmic pattern and a higher complexity of mastering – because it places accents in an unusual way and requires good and developed coordination. However, after some training, any guitarist can master this playing technique.

It is also worth mentioning that the figure eight is one of the main rhythmic patterns of Spanish music, so if you want to learn works in this direction, then mastering this fight is simply necessary.

The simplest and most common option eight guitar fight is a variant without string plugs – and only with even rhythmic beats. It looks something like this:

The way of playing consists of conditionally several parts, and contains eight strokes on the strings – hence the name. There are three of these parts in total – in the first there are two hits with pauses, in the second – also two hits, only without pauses and in the third there are 4 quick hits.

The first part is two successive downward strokes, after each execution a pause is maintained. Pick up a plectrum and swipe down the strings twice, holding down a chord. If you are used to playing with your fingers, then you need to start with your index finger. Here the task is simply to make them 2 movements down.

The second part begins with a change in the direction of the blows. We make two smooth upward movements with the thumb.

The third part of this rhythmic pattern is perhaps the most difficult. We make two successive strokes up and down, maintain a short pause and make two more movements down and up. Thus, the following structure is obtained – down-down-up-up-up-down-down-up. It is on this that all private variants of the eight are built. The most important thing here is to catch the rhythm, do it during a pause and rearrange the chords at the right time.

For your own convenience, below is a pictorial figure eight battle plan with tabs and audio example. The arrows indicate the direction of the stroke.

In this section, you can simply write down which beat you want to mute the strings, but to expand the musical range and better understand why this system works the way it is, it will also be much more useful to explain why the guitar needs to be muffled at this particular moment.

So we have a structure bout 8 guitar. In it, we change two hits to silence the 2nd and 7th.

The rhythmic pattern will be down-mute-up-up-up-down-mute-up. The strings are muffled at moments of emphasis – because they fall into the strong beat of the rhythm section, and should stand out.

Therefore, to play this type of guitar fight with muting, you need:

Perform the first hit as usual, focus on the second with muting

In the second part, we play two smooth upward movements

The third part is played quickly up and down, then we muffle the strings and thumb up.

It is highly desirable, before you start to master this way of playing, to practice on simpler ways of playing the guitar – for example, to master fight six. This way you will understand the principle of muting the guitar and it will be easier to switch to a more complicated version of the Spanish playing.

Songs for the battle “Eight”

There is nothing better than to consolidate the acquired knowledge by learning a few songs that use this playing technique. Below is a list in which you can choose any composition to your taste. Each of them is perfect for both beginners and already advanced guitarists who want to expand their repertoire.

First tip concerns, for the most part, the complicated way of playing – with the muting of the strings. Many guitarists have trouble knowing when to stop the strings by hand. It is easiest to navigate if, during the exercises for practicing the figure eight, you pronounce accents on the count to yourself.

Second tip – do everything slowly. If you’re clearly not getting the fight right and complete, try doing it slowly. Yes, the chords will not sound, but in this case, the main task is to train muscle memory. Doesn’t hurt and guitar practice in the form of regular exercises – playing chromatic scales and playing under a metronome. This will greatly improve your coordination.

Most likely, if you try to play a song with this fight and sing at the same time, nothing will come of it. This is absolutely normal – and in such a situation, you must first play the entire song several times without vocals. Your task is to bring muscle memory to an automatic state, when two actions will be performed independently of each other. Gradually connect vocals, and soon you will be able to independently perform vocal parts to your own accompaniment.

By following these tips and instructions, you will definitely be able to master this difficult way of playing the guitar and learn even more of your favorite songs. The most important thing is not to drop the guitar and not give up if something doesn’t work out. This is absolutely normal. The main thing in this matter is practice and exercises. 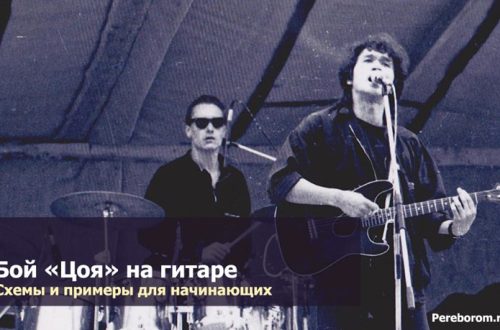