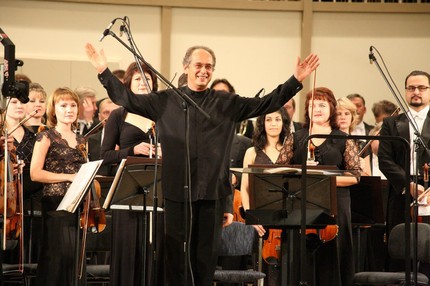 The Ural State Academic Philharmonic Orchestra was founded in 1934. The organizer and first leader was a graduate of the Moscow Conservatory Mark Paverman. The orchestra was created on the basis of the ensemble of musicians of the radio committee (22 people), whose composition, in preparation for the first open symphony concert, was replenished with musicians from the orchestra of the Sverdlovsk Opera and Ballet Theater, and first performed on April 9, 1934 in the Business Club hall (the current Big Concert Hall of the Sverdlovsk Philharmonic) under the name Symphony Orchestra of the Sverdlovsk Regional Radio Committee. As the Sverdlovsk State Symphony Orchestra, the ensemble performed for the first time on September 29, 1936 under the baton of conductor Vladimir Savich, performing Tchaikovsky’s Sixth Symphony and Respighi’s symphonic suite Pines of Rome (the first performance in the USSR); in the second part, the soloist of the Bolshoi Theater, People’s Artist of the RSFSR Ksenia Derzhinskaya sang.

Among the important milestones in the pre-war history of the orchestra are the author’s concerts by Reinhold Gliere (1938, with the first performance in the USSR of the heroic-epic symphony No. 3 “Ilya Muromets” conducted by the author), Dmitry Shostakovich (September 30, 1939, the First Symphony and Concerto for Piano and Orchestra were performed No. 1, soloed by the author), Ural composers Markian Frolov and Viktor Trambitsky. The highlights of the pre-war philharmonic seasons were concerts with the participation of People’s Artist of the USSR Antonina Nezhdanova and conductor Nikolai Golovanov, the performance of Ludwig van Beethoven’s Ninth Symphony conducted by Oscar Fried. Leading concert artists of those years participated as soloists in Paverman’s numerous symphonic programs: Rosa Umanskaya, Heinrich Neuhaus, Emil Gilels, David Oistrakh, Yakov Flier, Pavel Serebryakov, Egon Petri, Lev Oborin, Grigory Ginzburg. Young musicians, students of Heinrich Neuhaus – Semyon Benditsky, Berta Marants, young conductor Margarita Kheifets also performed with the orchestra.

With the beginning of the Great Patriotic War, the work of the orchestra was interrupted for a year and a half, resuming on October 16, 1942 with a concert with the participation of David Oistrakh as a soloist.

In 1990, the Sverdlovsk State Orchestra was renamed the Ural State Philharmonic Orchestra, and in March 1995 it received the title of “academic”. 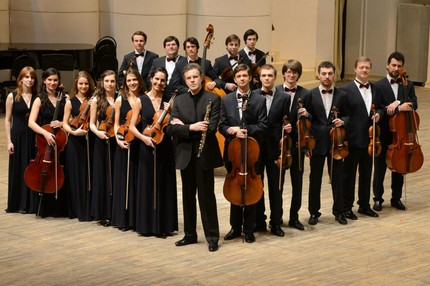 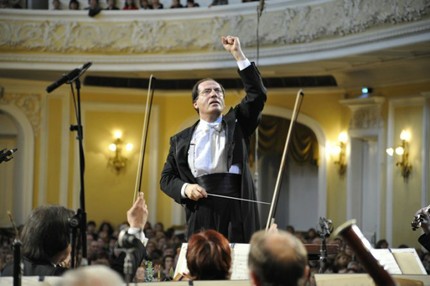 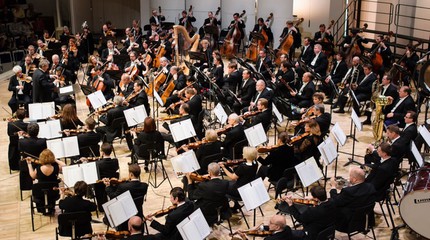