In this lesson, we will analyze another piece written by the French guitarist René Bartoli. Bartoli’s romance is no less beautiful than Gomez’s romance, although not as famous. It was also written in the key of E minor, but, unlike Gomez’s romance, without switching to major. Beauty is achieved by moving an octave higher in the second part and changing the sequence of notes in the accompaniment. It is worth playing this romance just because this piece makes it possible to consolidate the knowledge you have already gained about the location of notes on the guitar fretboard up to the XNUMXth fret inclusive. In addition, a beautiful piece, learned by heart, will expand your repertoire with another piece specially written for the guitar.

Despite the fact that the tasks remain the same: to play the melody (notes written with stems up) using apoyando, thereby separating it from the accompaniment and bass (notes written with stems down), in this lesson we will pay attention to phrasing. Phrasing is a means of musical expression. Thanks to phrasing, the piece turns from boring notes of a certain duration into a beautiful work. It is with musical phrases that the brightness of colors, emotions and images appears, which so distinguish musicians playing the same etude or piece from each other. The semantic and artistic division of a musical work into phrases and sentences is called phrasing. Just as we speak in phrases, making certain accents, intensifying and then weakening the volume of what was said towards the end of the sentence, so in music phrases play a huge role in terms of musical expression.

Let’s analyze Bartoli’s Romance, since in this work you can most clearly understand how the motive and musical phrase look like. A motif is the smallest part of a melody with unstressed sounds grouped around an accent. The phrase consists of several motives combined into one musical structure. Sometimes a phrase includes only one motive, and then it is equal to the motive. This is exactly what the first line looks like in a romance, where the motives are equal to the phrases. The three notes of the theme in the first two bars with the chords Em and Am are the phrase. Try to play them so that it is clear how the phrase begins and how it ends on the last C note, with a slight fade in the volume and accompaniment of the Am / C chord (A minor with bass C). The next phrase is the next two measures, which should be played a little louder than the first two, also weaken the sonority on the last note “si”, but to a lesser extent (the same applies to the Em / G chord (E minor with bass G)). Then play the next four bars of the longer phrase in one breath with sound pressure. Now, having an idea about the phrases, listen to how it sounds in the video below and note that when the topic moves an octave higher, the melody is no longer split into small phrases, but is performed in whole sentences.

When learning a piece, try to play exactly in rhythmic terms, since at the beginning of learning it is very necessary, otherwise the core of the piece will disappear and with the addition of emotions it will turn into some kind of “porridge” from a set of sounds that are not rhythmically related. 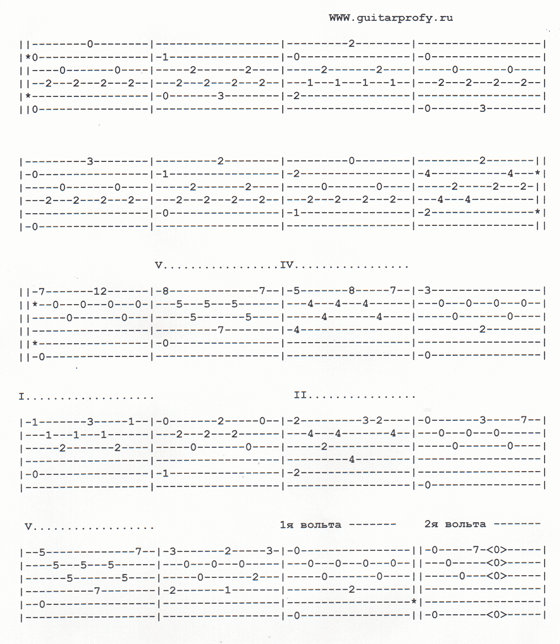