An easy-to-learn and beautiful-sounding E-minor etude, written by the Italian guitarist Mauro Giuliani, is designed to develop the mobility of the fingers of the right hand. With the monotonous and even movement of the fingers with pimam I fingering and an interesting change of chords, an association arises with the murmur of a stream carrying its waters among stones and rapids. Despite the simplicity in terms of performance, but thanks to the timbre coloring of the guitar, the etude is presented as a full-fledged concert piece. In the late 70s of the last century, guitarist Evgeny Larichev (1934 – 2013), soloist of the Mosconcert and Honored Artist of Russia, recorded this sketch on his solo disc. A successful reprise made by him, not recorded in the original musical editions, almost doubled the duration of the sound of the piece he performed. Thanks to this interpretation, the piece has taken its rightful place among the pieces of the concert repertoire such as “Arabic Capriccio” and “Memories of the Alhambra” by Francisco Tarrega. Having learned the etude “Brook”, play at a slow pace, paying special attention to the evenness of the sound of the arpeggio (enumeration). Achieving ease in performance, gradually increase the tempo of the piece, observing dynamic shades (p, f). 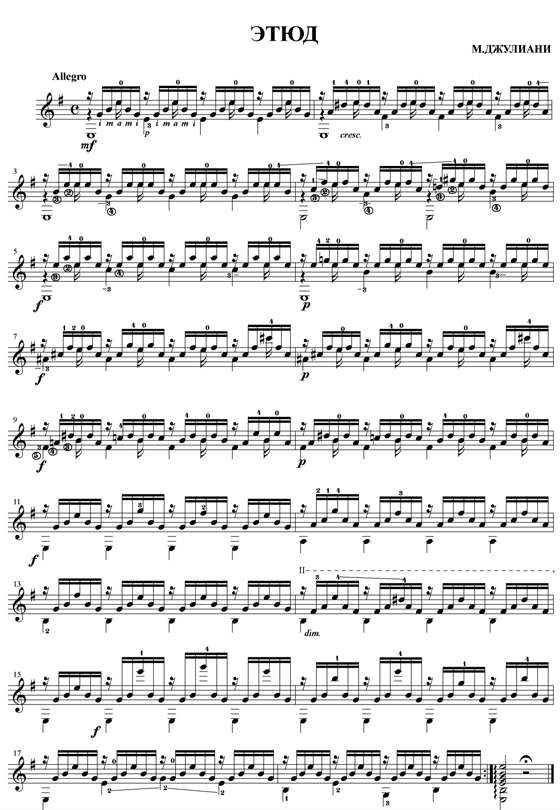 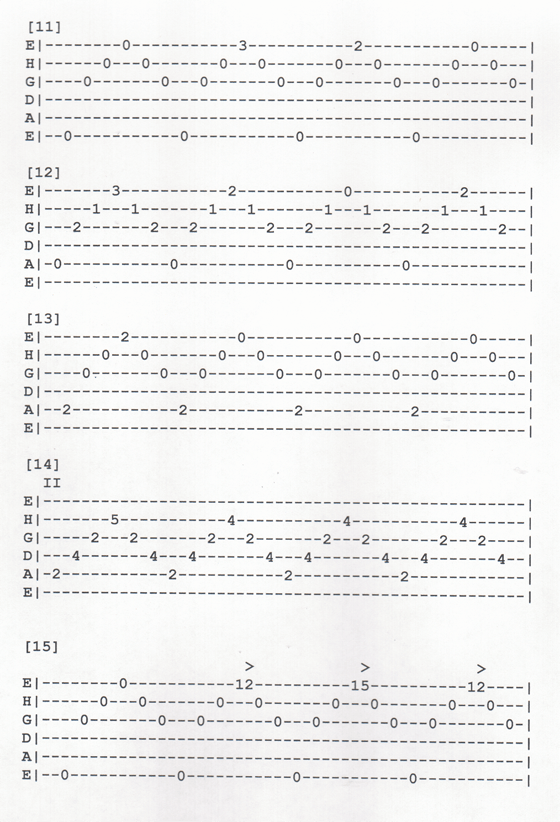