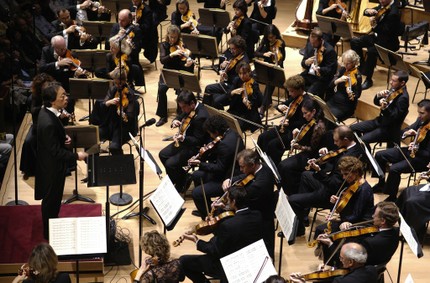 The Philharmonic Orchestra of Radio France is one of the leading orchestras in France. Founded in 1937 as the Radio Symphony Orchestra (Orchestre Radio-Symphonique) in addition to the National Orchestra of French Broadcasting, created three years earlier. The first chief conductor of the orchestra was Rene-Baton (René Emmanuel Baton), with whom Henri Tomasi, Albert Wolff and Eugene Bigot constantly worked. It was Eugène Bigot who led the orchestra from 1940 (officially from 1947) to 1965.

During the Second World War, the orchestra was evacuated twice (in Rennes and Marseille), but always returned to Paris.

In the post-war years, the band’s repertoire expanded significantly, and its authority in the music world grew noticeably. An important milestone in the history of the orchestra was the concert in memory of Richard Strauss shortly after the death of the composer in 1949. Outstanding conductors stood at the orchestra’s podium: Roger Desormier, Andre Cluytens, Charles Bruck, Louis de Froment, Paul Pare, Josef Krips, the famous composer Heitor Vila-Lobos.

In 1965, after the death of Eugène Bigot, Charles Bruck became the head of the Philharmonic Orchestra. Until 1975, the orchestra performed 228 world premieres, incl. contemporary composers. Among them are works by Henri Barraud (Numance, 1953), Andre Jolivet (The Truth of Jeanne, 1956), Henri Tomasi (Concerto for Bassoon, 1958), Witold Lutosławski (Funeral Music, 1960), Darius Milhaud (Invocation à l’ange Raphaël, 1962), Janis Xenakis (Nomos gamma, 1974) and others.

In 1989 the New Philharmonic becomes the Philharmonic Orchestra of Radio France and Marek Janowski is confirmed as Artistic Director. Under his leadership, the band’s repertoire and the geography of its tours are actively expanding. In 1992, the Salle Pleyel became the seat of the orchestra.

In 1999, the orchestra under the direction of Marek Janowski makes its first tour of Latin America. 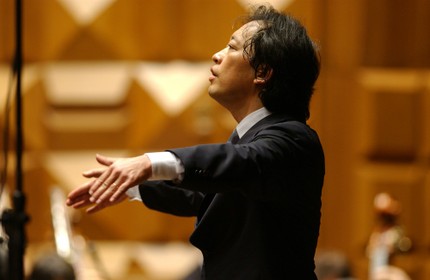 On May 1, 2000, Marek Janowski is replaced as musical director and chief conductor by Myung Wun Chung, who previously held a similar position at the Paris Opera. Under his leadership, the orchestra still tours extensively in Europe, Asia and the USA, collaborates with well-known performers and record labels, implements ambitious projects for young people, and pays great attention to the music of contemporary authors.

In 2004-2005, Myung Wun Chung performs a complete cycle of Mahler’s symphonies. Yakub Hruza becomes assistant to the chief conductor. In 2005 Gustav Mahler’s “Symphony of 1000 Participants” (No. 8) is performed in Saint-Denis, Vienna and Budapest with the participation of the French Radio Choir. Pierre Boulez is performing with the orchestra at the Châtelet Theatre, and Valery Gergiev at the Théâtre des Champs Elysées.

In June 2006, the Philharmonic Orchestra of Radio France made its debut in Moscow at the First Festival of Symphony Orchestras of the World. In September 2006, the orchestra returned to its residence, the Salle Pleyel, which had been under reconstruction since the 2002-2003 season, and performed the Ravel-Paris-Pleyel series of concerts. All concerts of the orchestra from the Salle Pleyel are broadcast on French and European music radio channels. In the same year, Israeli conductor Eliyahu Inbal celebrated his 70th birthday at the orchestra.

The orchestra performs in the most prestigious halls of the world: Royal Albert Hall and Royal Festival Hall in London, Musikverein and Konzerthaus in Vienna, Festspielhaus in Salzburg, Bruckner House in Linz, Philharmonic and Schauspielhaus in Berlin, Gewandhaus in Leipzig, Suntory Hall in Tokyo, Teatro Colon in Buenos Aires.

The band has an impressive discography, especially of composers of the 1993th century (Gilbert Amy, Bela Bartok, Leonard Bernstein, Benjamin Britten, Arnold Schoenberg, Luigi Dallapiccola, Franco Donatoni, Paul Dukas, Henri Dutilleux, Witold Lutoslawsky, Olivier Messiaen, Thierry Pecou, ​​Albert Roussel, Igor Stravinsky, Alexander Tansman, Florent Schmitt, Hans Eisler and others). After the release of several records, in particular, the French edition of Richard Strauss’ Helena egyptian (1994) and Paul Hindemith’s Cardillac (1996), the critics named the ensemble “French Symphony Orchestra of the Year”. The recordings of Witold Lutosławski’s Concerto for Orchestra and Olivier Messiaen’s Turangalila Symphony received particularly high praise from the press. In addition, the work of the collective in the field of recording was highly appreciated by the Charles Cros Academy and the French Disc Academy, which in 1991 awarded the orchestra a grand prix for the publication of all the symphonies of Albert Roussel (BMG). This anthology experience was not the first in the work of the collective: during 1992-XNUMX, he recorded the complete symphonies of Anton Bruckner at the Opera de Bastille. The orchestra also recorded an album of five piano concertos by Ludwig van Beethoven (soloist Francois-Frederic Guy, conductor Philippe Jordan).

The orchestra’s latest works include a CD with arias from operas by Gounod and Massenet, recorded with Rolando Villazon (conductor Evelino Pido) and Stravinsky’s Ballets Russes with Paavo Järvi for Virgin Classics. In 2010, a recording of Georges Bizet’s opera “Carmen” was released, made at Decca Classics, with the participation of an orchestra (conductor Myung Wun Chung, starring Andrea Bocelli, Marina Domashenko, Eva Mei, Bryn Terfel).

The orchestra is a partner of French Television and Arte-LiveWeb.

In the 2009-2010 season, the orchestra toured the cities of the United States (Chicago, San Francisco, Los Angeles), performed at the World Expo in Shanghai, as well as in the cities of Austria, Prague, Bucharest, Abu Dhabi. 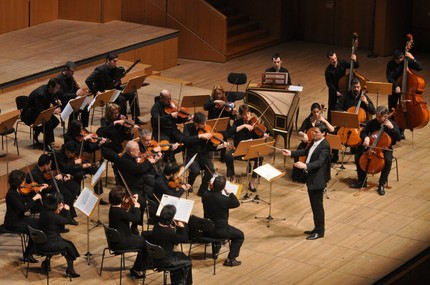 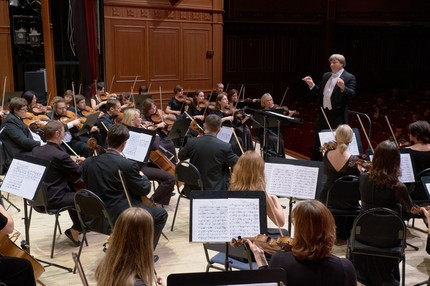 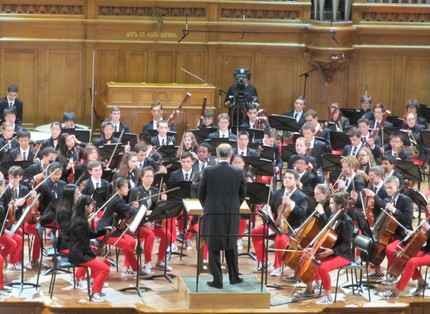 National Youth Orchestra of the United States of America |