Drum sticks are used to play percussion instruments. Usually made of wood (maple, hazel, oak, hornbeam, beech). There are also models made entirely or partially of artificial materials – polyurethane, aluminum, carbon fiber, etc. Often there are cases of making a stick tip from artificial materials, while the “body” of the stick remains wooden. Now nylon tips are becoming more and more popular, due to their exceptional wear resistance characteristics.

In this article, the experts of the store “Student” will tell you how to choose the drumsticks that you need, and not overpay at the same time.

The structure of the drumstick

The butt is the balance area of ​​the stick.

Body  – the largest part of the stick, serving as a gripping point and striking part when hitting rim shots

The shoulder is the area of ​​the stick often used for crash hitting . The alternation of strikes with the end of the stick and the shoulder po on the hi-hat creates the basis for leading the rhythm. The length and thickness of the taper affects the flexibility, feel and sound of the stick. Sticks with a short, thick taper feel more rigid, provide more durability, and produce a stronger sound than sticks with a long, narrow taper, which tend to be more brittle and flexible but sound more delicate.

Drum stick tips come in a variety of shapes and sizes. The size of the head determines the intensity, volume and duration of the resulting sound. There are so many forms of tips that sometimes it is far from an easy task to accurately group the sticks according to the type of tips. In addition to variations in shape, tips can vary in length, size, processing, and material

An important component of any stick is its tip. It comes in different shapes and sizes. The sound of cymbals and the snare drum depends very much on its properties . It is either wood or nylon. It is better to give preference to a tree . This is the most natural option for playing, the only negative in this case is low wear resistance with frequent play.

A nylon tip with a longer service life gives a more sonorous sound when playing cymbals and electronic drums, but the sound is distorted and not natural, and nylon can suddenly fly off a drumstick.

There are 8 main types of tips:

It has a larger area of ​​contact with the plastic than the round one, which spares the plastic and, as it were, “blunts” sound production errors. Produces a medium fill sound with a wider focus. Produces a less bright and accentuated cymbal sound than a round tip . Recommended for beginner drummers.

Style, application: Perfect for studio work, playing in a symphony orchestra, as well as for playing light jazz , both with symmetrical stick grip and traditional.

Focuses the sound (which is clearly audible when playing cymbals) and significantly reduces the change in sound when struck at different angles of the stick. Suitable for bright playing and clear sound production. The small round tip produces a highly focused sound and is especially delicate with cymbals. Sticks with a large rounded part of such a tip produce a fuller sound. Such a tip “does not tolerate” errors in sound production and is suitable for use by drummers with a correctly set beat.

It has a larger area of ​​contact with the plastic than the round one, which spares the plastic and, as it were, “blunts” sound production errors. Produces a medium fill sound with a wider focus. Produces a less bright and accentuated cymbal sound than a round tip . Recommended for beginner drummers.

Style, Application: An excellent choice for drummers who play everything from rock and metal to jazz and pop. Often used for styles such as: rock, rock’n’roll, hard rock smooth jazz, swing, ambient, easy listening, etc.

First of all, it is designed for powerful, rhythmic and loud playing. Due to the large area of ​​contact with plastic, they emit a dull, muffled, open, diffused, not sharp sound. Also suitable for soft quiet play. Produces a dull medium attack sound.

Thanks to its rounded shape, it performs well when playing fast in the style of speed metal. This tip is recommended for teaching primary hand placement. Great for alternating fast up-down playing and slow down playing with concentrated (directed) strikes on both cymbals and drums for soft, focused sound production.

Due to the “bulge” it allows you to control the sound and the area of ​​contact with the surface of the instruments in a very wide range, depending on the angle of the stick to the surface of the instrument. Such a tip produces a full low sound, spreads energy over a wider area (compared to a round or triangular tip), thus increasing the life of the heads. A good choice for those who play hard. When playing cymbals, it gives a surround sound.

Tips in the form of an oval (oval tip)

Suitable for loud, heavily accented playing with a powerful sound attack. Recommended for marching drums and for performances on large stages, in stadiums.

Tips in the form of a drop (teardrop tip)

Style, scope: swing, jazz, blues, fusion, etc. Often the choice of jazz drummers. Light and fast sticks with this tip are an ideal choice for playing in an orchestra and jazz ensemble.

Produces a full high-pitched sound, spreads energy over a narrower area; Produces a rich cymbal sound with a focused sound attack. Recommended for dull-sounding accents in slow to medium tempos . Has a good bounce, designed for clear and sharp hits. Perfect for soft, accented sound production, especially with symmetrical grip. Ideal for emphasizing rides with up-down strikes, such as when leading a swing rhythm with a stick head. Also recommended for heavy speed-metal and especially for training exercises.

Produces a fairly bright, powerful sound with a low attack. Shows a good degree of clarity and articulation when hitting the ride . Good for abrupt transitions from powerful loud playing to quiet rhythmic pulsation. Good for traditional and symmetrical grips.

There are 3 main types of wood used to make drumsticks. The first option is maple , which is the lightest and has great flexibility. Maple is good for energetic play as well absorbs impact energy. With it, you will feel less punches with your hands. The next type of wood is walnut , which is the most commonly used material for making sticks and gives a decent level of energy absorption and flexibility.

And finally, oak . Oak drumsticks rarely break, but you will feel the vibration a lot more due to the poor ability of oak to absorb energy. If the stick does not indicate what wood it is made of, then leave this stick. Usually this means that it is made of an incomprehensible tree without standards.

When choosing a wand, pay attention to the following details:

Traditional model numbering such as 3S, 2B, 5B, 5A, and 7A was the earliest accepted drumstick numbering, with a number and a letter representing the stick’s size and function . The exact specifications of each model varied slightly from manufacturer to manufacturer, especially in the points of constriction of the wand and its tip.

The letter designations “S”, “B” and “A” used to indicate the scope of a particular model, but today they have almost completely lost their meaning.

The “S” stood for “Street”. Initially, this model of sticks was intended for use on the street: for playing in marching bands or drum bands, where high power of impacts and loudness of performance are expected; accordingly, the sticks of this group have the largest size.

“B” stands for “Band”. Originally intended for use in brass and symphony orchestras. They have a larger shoulder and head (for louder playing) than the “A” model. Usually used in heavy, noisy music. They are easier to control and are recommended for beginner drummers. The Model 2B is highly recommended by drum teachers as the ideal starting sticks.

“A” comes from the word “Orchestra”. For reasons of the legendary drummer and creator of percussion instruments William Ludwig, instead of the letter “O”, the letter “A” was used, which, in his opinion, looked better than “O” when printed. The “A” models were originally intended for big bands; bands playing dance music.

Typically, these sticks are thinner than the “B” models, with thinner necks and small heads, which makes it possible to produce a quiet and soft sound. Typically, sticks of this model are used in light music, such as jazz , blues , pops, etc.

The “A” models are the most popular among drummers.

The “N” stands for “Nylon” and is a relatively new designation. It is added at the end of the marking (for example, “5A N”) and indicates that the stick has a nylon tip.

How to choose drumsticks

Mistakes when buying a synthesizer 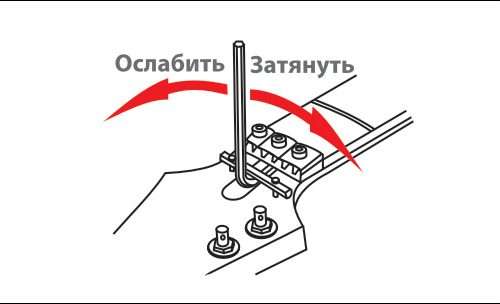 How to choose an Ukulele