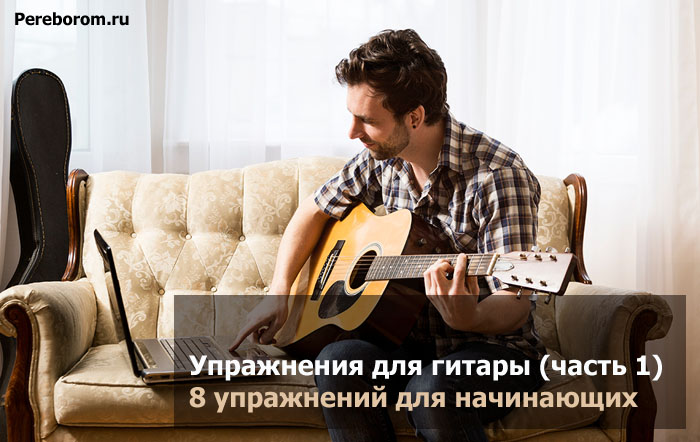 In order to reach good heights in the skill of playing the guitar, in addition to singing songs, you also need to do exercises. This is important, because only with the help of them you can better develop coordination and speed of the game. To tell the truth, you can do it without such practice, but if you devote some time every day to playing the metronome and doing specially designed tasks, your skill will increase much faster than if you do not.

Below is the first part of a large article that describes guitar exercises. For better assimilation, it is also worth improving in parallel guitar finger placement.

This training segment is designed to increase finger speed, stretching, and coordination. They will be useful if you like to learn, play and compose various solo parts, especially those containing a large number of fast-paced notes.

Remember that each of the tasks described here must be performed strictly under the metronome and in strict accordance with the text of the tablature. Start at a low pace, like 80 or 60, and when you feel comfortable with it, gradually increase it. In addition, you will not hurt to read, how to play as a mediator,because the following phrases are most convenient to play with it.

This is the very first exercise that you need to master before moving on to more complex and advanced ones. In this case, it is played on only one string and involves the extraction of sound from four nearby frets. In this case, after they are played, you go down one position, and play the same thing. It will look like this:

As it becomes clear, you play such a pattern up to the twelfth fret, after which you return. It is very important to remember that you need to start moving from bottom to top with the same finger on which you finished – that is, the little finger.

This is a more difficult workout that also needs to be mastered. It consists in sequentially playing four notes on the fretboard and gradually descending down the strings. So as you play the first four frets on the guitar, you move up and down. It looks like this:

Note that as soon as you get to the first string, the movement becomes kind of mirrored – and you have to play 4 – 3 – 2 – 1. This exercise is the basis that underlies the mechanics of the rest of the tasks. That is what needs to be mastered in the first place. It is also worth noting that it is not enough just to play a sequence of notes once – it is advisable to do this several times and without stopping, without flying out of the metronome.

It guitar hand exercise – a slightly modified version of the first previous one. The difference is that if you went from the first fret to the fourth there, then in this case they are slightly mixed. First you play the first one, then through it, then the second, and also through it. As in the previous task, in the process you move from one string to another, and then, when you play all six, you return back from the bottom up. It looks like this:

Of course, playing such a pattern is more difficult than the previous ones, but if you master it, then your coordination will increase noticeably, and at the same time you will be better able to control the neck and your fingers on it.

Another modification of the second exercise. This time you conditionally go backwards – first you play the first fret, then the fourth, and then the third and second. After they are played on one string, go to the next, and as soon as you get to the first, go back and forth. It looks like this:

This exercise is simpler than the previous one, but it will also require some coordination. Still try to play it slowly at first, and then gradually increase the tempo.

Another version of the exercise “1 – 2 – 3 – 4”. This time you play starting on the third fret and ending on the second. You still need to go through all the strings without making mistakes and without flying out of the metronome. It looks like this:

This is a small version of the previous exercise. The difference is that when you go back from the first string to the sixth, you continue to play everything the way you played before, and not backwards. This will expand your coordination a bit, which will also give you more control over the bar as you play. The exercise looks like this:

The exercise is really very difficult, and requires good coordination and muscle memory. Nevertheless, it will surely submit to you sooner or later – you just need to play under the metronome and carefully monitor your movements.

This exercise works out the “waltz rhythm” that can often be found when playing. beautiful cuts.Its essence is to play three notes in one beat of the metronome. At the same time, the drawing should be like this – “one-two-three-one-two-three” and so on. This exercise is also called triplet practice, or triplet pulsation. It looks like this:

As has been repeatedly said – all exercises should be played only under a metronome. Start at a slow pace and gradually increase it. In addition, it is highly desirable that you do each exercise in a row, without a break – lose the completely standard “1 – 2 – 3 – 4” – and immediately start doing “6×1 – 2 – 3 – 4”, and further down the list. And at the same time, in no case do not fly out of the metronome, and also play everything clearly as indicated.

After working out all the exercises, you can proceed to the second part of the article, which is devoted to exercises for developing the fluency of the fingers, as well as increasing control over the bar. 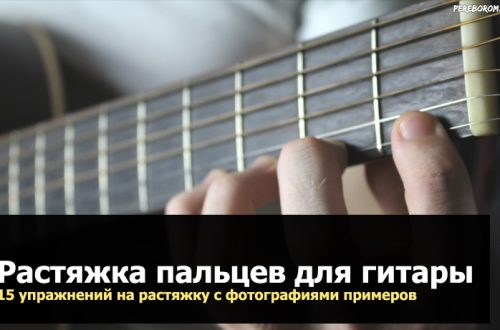