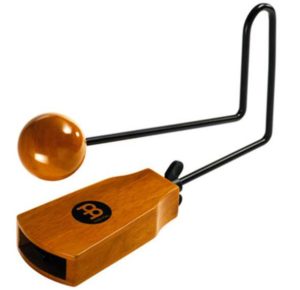 Listening to modern music in the Latin American style, sometimes you can notice the sound of an unusual percussion instrument. Most of all, it resembles a soft rustling or light crackling. We are talking about vibraslap – an integral attribute of many Latin American musical compositions. At its core, the device belongs to the group of idiophones – musical instruments in which the sound source is the body or part, and not the string or membrane.

In almost all cultures of the world, the very first musical instruments were idiophones. They were made from a wide variety of materials – wood, metal, animal bones and teeth. In Cuba, Mexico, Ecuador, natural materials were often used to perform musical compositions. The most ancient and well-known instruments of Latin America include maracas and guiro, which were made from the fruits of the iguero – gourd tree, and agogo – a kind of bells from coconut shells on a special wooden handle. In addition, materials of animal origin were also used to create tools; one example of such devices is the jawbon. Its name in translation from English means “jaw bone”. The instrument is also known as the quijada. The material for its manufacture was the dried jaws of domestic animals – horses, mules and donkeys. You need to play the javbon with a special stick, passing it over the teeth of animals. Such a simple movement gave rise to a characteristic crackle, which was used as a rhythmic basis for a musical composition. Related instruments of jawbon are the already mentioned guiro, as well as reku-reku – a stick made of bamboo or a horn of a wild animal with notches. Javbon is used in traditional Cuban, Brazilian, Peruvian and Mexican music. Until now, during festivals where folk music is performed, the rhythm is often played with the help of quijada.

The emergence of the modern version of quijada

Over the past two centuries, a huge number of new musical instruments have appeared that are actively used in modern music, most often folk instruments formed the basis. Most of them have just been modified for louder, better and more stable sound. Many devices that played the role of percussion in traditional music were also changed: wood was replaced with plastic elements, animal bones with metal fragments.

Such reforms led to the fact that the sound became clearer and more piercing, and much less time and effort was spent on making an instrument. Javbon was no exception. In the second half of the last century, an instrument was created that imitates its sound. The device was called “vibraslap”. It consisted of a small wooden box open on one side, which was connected with a curved metal rod to a ball, also made of wood. In the box, which plays the role of a resonator, there is a metal plate with movable pins. To extract the sound, it was enough for the musician to take the instrument with one hand by the rod and with the palm of the other hand strike open blows on the ball. As a result, the vibration arising at one end of the device was transmitted along the rod to the resonator, forcing the studs in the box to vibrate, which emitted the crack characteristic of the jawbon. Sometimes, for a stronger sound, the resonator is made of metal. Vibraslaps in this design are often used in percussion installations.

The vibraslap sound is characteristic of Latin American music. However, it can also be heard in modern genres. The most striking example of the use of the instrument is a composition called “Sweet Emotion”, created by Aerosmith in 1975. 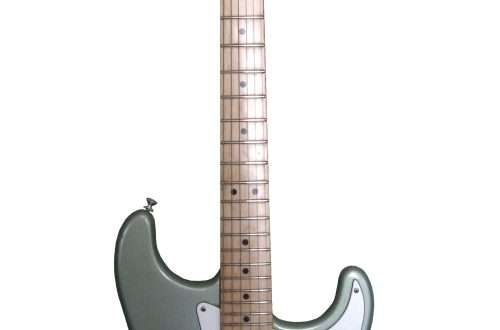 What is the Stratocaster?

Making a guitar strap with your own hands 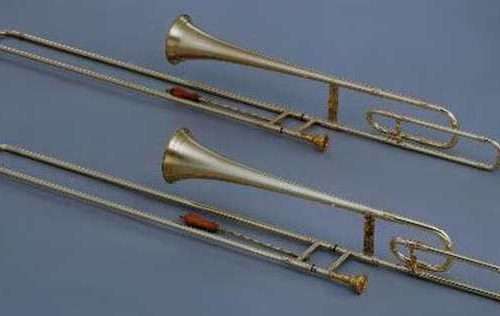