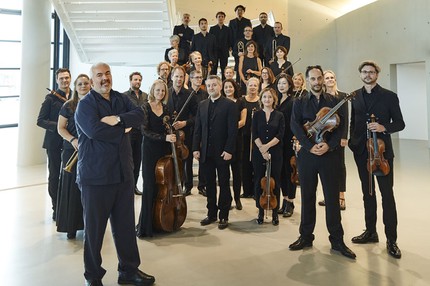 The Musicians of the Louvre

Orchestra of historical instruments, founded in 1982 in Paris by conductor Mark Minkowski. From the very beginning, the goals of the collective’s creative activity were the revival of interest in baroque music in France and its historically correct performance on the instruments of the era. In a few years the orchestra has gained a reputation as one of the best interpreters of baroque and classic music, playing a significant role in increasing attention to it. The repertoire of the “Musicians of the Louvre” at first consisted of works by Charpentier, Lully, Rameau, Marais, Mouret, then it was replenished with operas by Gluck and Handel, including those rarely performed then (“Theseus”, “Amadis of Gal”, “Richard the First”, etc.) , later – the music of Mozart, Rossini, Berlioz, Offenbach, Bizet, Wagner, Fauré, Tchaikovsky, Stravinsky.

In 1992, with the participation of the “Musicians of the Louvre”, the opening of the Baroque Music Festival in Versailles (“Armide” by Gluck) took place, in 1993 – the opening of the renovated building of the Lyon Opera (“Phaeton” by Lully). At the same time, Stradella’s oratorio St. John the Baptist, recorded by the orchestra conducted by Mark Minkowski with an international team of soloists, was noted by Gramophone magazine as “the best vocal recording of baroque music.” In 1999, in collaboration with photographer and filmmaker William Klein, the Musicians of the Louvre created a film version of the oratorio Messiah by Handel. At the same time, they made their debut with the opera Platea by Rameau at the Trinity Festival in Salzburg, where in subsequent years they presented works by Handel (Ariodant, Acis and Galatea), Gluck (Orpheus and Eurydice), Offenbach (Pericola).

In 2005, they performed for the first time at the Salzburg Summer Festival (“Mithridates, King of Pontus” by Mozart), where they later repeatedly returned with major works by Handel, Mozart, Haydn. In the same year, Minkowski created the “Musicians of the Louvre Workshop” – a large-scale educational project to attract young audiences to concerts of academic music. At the same time, the CD “Imaginary Symphony” with orchestral music by Rameau was released – this program of the “Musicians of the Louvre” is still one of the most popular and this season is performed in eight European cities. In 2007 the British newspaper The Guardian called the orchestra one of the best in the world. The team signed an exclusive contract with the Naïve label, where they soon released a recording of Haydn’s London Symphonies, and later all of Schubert’s symphonies. In 2010, the Musicians of the Louvre became the first orchestra in the history of the Vienna Opera to be invited to take part in a production of Handel’s Alcina.

Opera performances and concert performances of operas with the participation of the “Musicians of the Louvre” are a huge success. Among them are Monteverdi’s Coronation of Poppea and Mozart’s The Abduction from the Seraglio (Aix-en-Provence), Mozart’s So Do All Women and Orpheus and Eurydice by Gluck (Salzburg), Gluck’s Alceste and Iphigenia in Tauris. , Bizet’s Carmen, Mozart’s The Marriage of Figaro, Offenbach’s Tales of Hoffmann, Wagner’s Fairies (Paris), Mozart’s trilogy – da Ponte (Versailles), Gluck’s Armide (Vienna), Wagner’s The Flying Dutchman (Versailles) , Grenoble, Vienna, Barcelona). The orchestra has toured in Eastern Europe, Asia, South and North America. Among the highlights of this season are concert performances of Les Hoffmann in Bremen and Baden-Baden, productions of Offenbach’s Pericola at the Bordeaux Opera and Massenet’s Manon at the Opéra-Comique, as well as two European tours.

In the 1996/97 season, the team moved to Grenoble, where it received the support of the city government until 2015, bearing the name “Musicians of the Louvre – Grenoble” during this period. Today, the orchestra is still based in Grenoble and is supported financially by the Department of Isère of the Auvergne-Rhone-Alpes region, the French Ministry of Culture and the Regional Directorate of Culture of the Auvergne-Rhone-Alpes region. 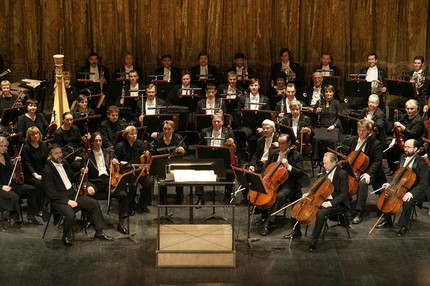 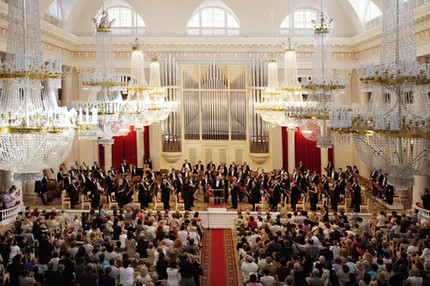 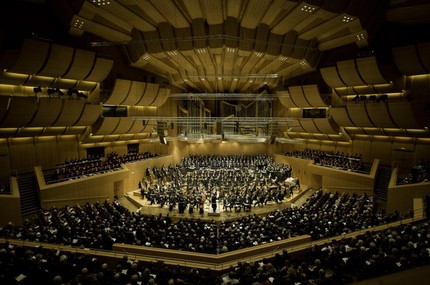