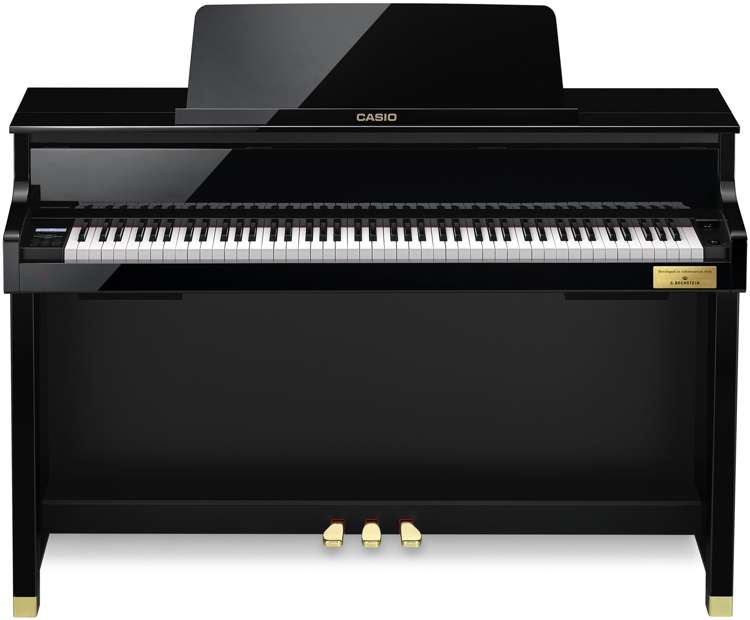 The digital piano won its place in the sun after an experiment in 1984, when 500 professionals and ordinary people could not distinguish the sound of an acoustic grand piano from Ray Kurzweil’s digital piano. Since then, the rivalry between “acoustics” and “digits” in terms of sound has begun. “Casio” even shoot promo videos in this vein:

Digital sound is not created by strings, but by a combination of several parameters at once, each of which affects the quality. Different combinations of parameters create such a wide variety of digital piano models that your eyes run wide! To orient ourselves, let’s look at the “basics”.

Last time we talked about how the keys should be , today – how the sound should be. And the first thing to understand: how it is formed in a digital piano.

Part II. We choose a sound.

In an acoustic piano, this is done like this: a hammer strikes one or more stretched strings, the string vibrates – and sound is obtained. The digital piano does not have any strings, and the sound is played from recorded samples .

A sample is a relatively small digitized sound fragment. The sound of an acoustic instrument (for example, the Steinway piano, timpani, flute, etc.) often acts as a sample, but also the sounds of electric musical instruments.


Samples are recorded in the studio from a real piano or grand piano, the sound is digitized, “cleaned” and placed in the digital piano’s memory. The studio can record the sound of any instrument, including such famous ones as “Steinway & Sons” or “S. Bechstein. For example, the Casio GP-500BP piano plays like a real C. Bechstein.

The recorded sample has a certain length (1.8 – 2 seconds), when played, it sounds several times, gradually fading out. It is believed that this is best implemented by Yamaha and Roland, not inferior to them Kawai. In cheaper versions, the sound becomes “flat” and fades out faster. When choosing an instrument, pay attention to this (just listen and compare).

The strength of the sound does not depend on the force and speed with which the contact in the digital piano closes. Everything is simple there: the contact is closed – there is sound, it is not closed – there is no sound. The sound is always the same. Therefore, in order to convey different intensities, sounds ( samples ) in digital devices are recorded in layers. One layer is a quiet sound for playing “piano”, another is a medium one, a third is loud for playing “forte”. Also in an acoustic piano, the sound produced by a hammer is much richer than if we just hit the string. The hammer does not always strike only one string, the sound is reflected, enters into resonance with other strings, etc. The result is a rich sound made up of different components.

All these additional sounds are also recorded separately. The sensitivity of the keyboard is responsible for their reproduction at the mechanical level , and polyphony at the acoustic level .

To convey all the variety of sound in digital pianos, when you press one key, from 4 to 16 polyphonic notes are expended. Therefore, the greater the declared polyphony (64, 128, 256…), the richer and more natural the sound. For example, worthy options in terms of polyphony and inexpensive prices are  the Yamaha YDP-143R piano ( polyphony 128) and  Yamaha CLP-525B ( polyphony 256): 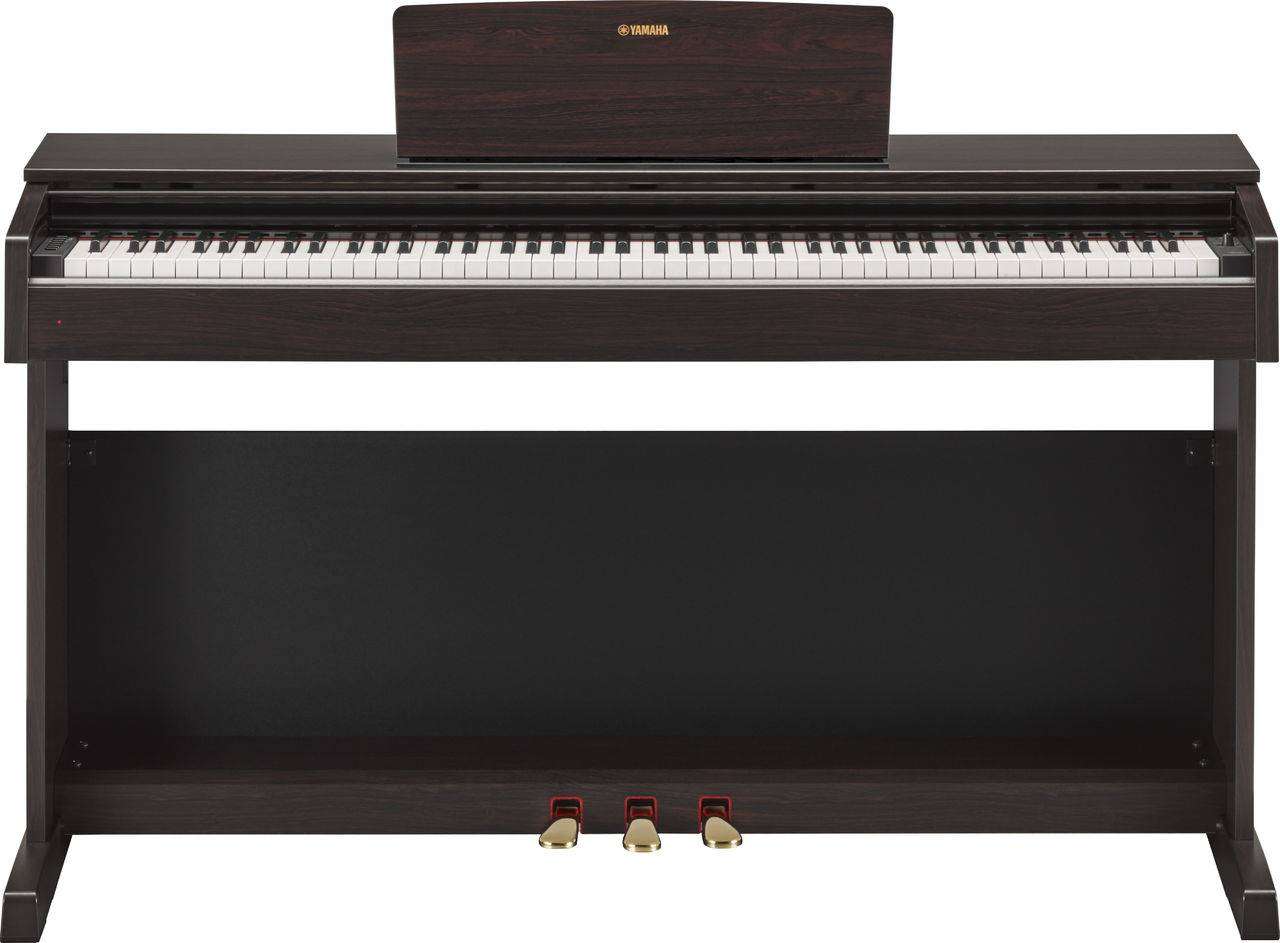 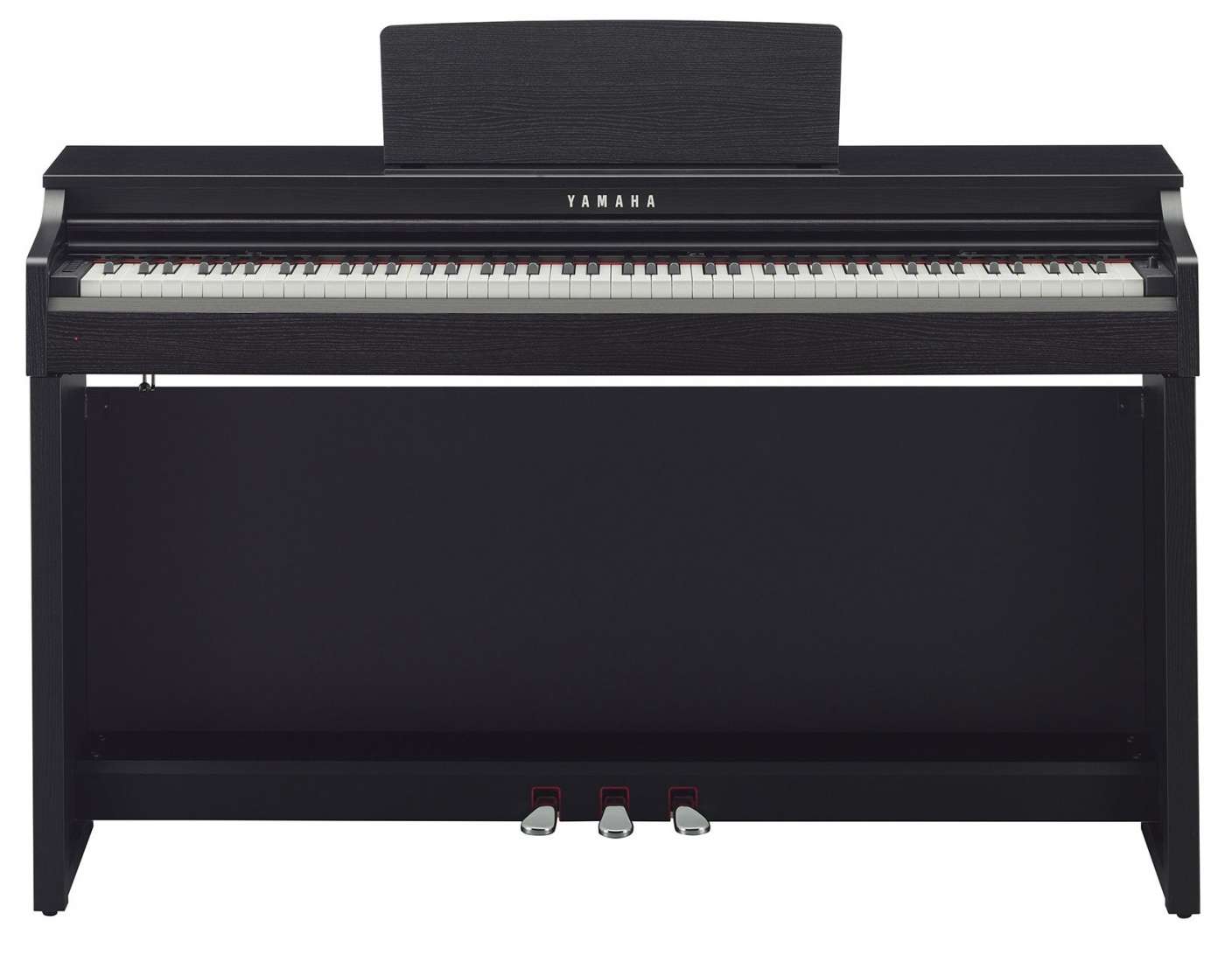 When choosing, be guided by this indicator: if you want the closest option to acoustics, take 256, if you take a couple of years to study or the piano is not the main instrument in a music school, then 128 will be enough.

Since the instrument is electronic, the sound is played through the speakers. And when choosing an instrument, you need to operate with the same criteria as when choosing a good acoustic system. And here the body plays a decisive role. Powerful speakers set tools with a massive body. In addition , the rear wall will give a deeper bass sound. A bright volume is an example –   Kurzweil CUP-2 BP : 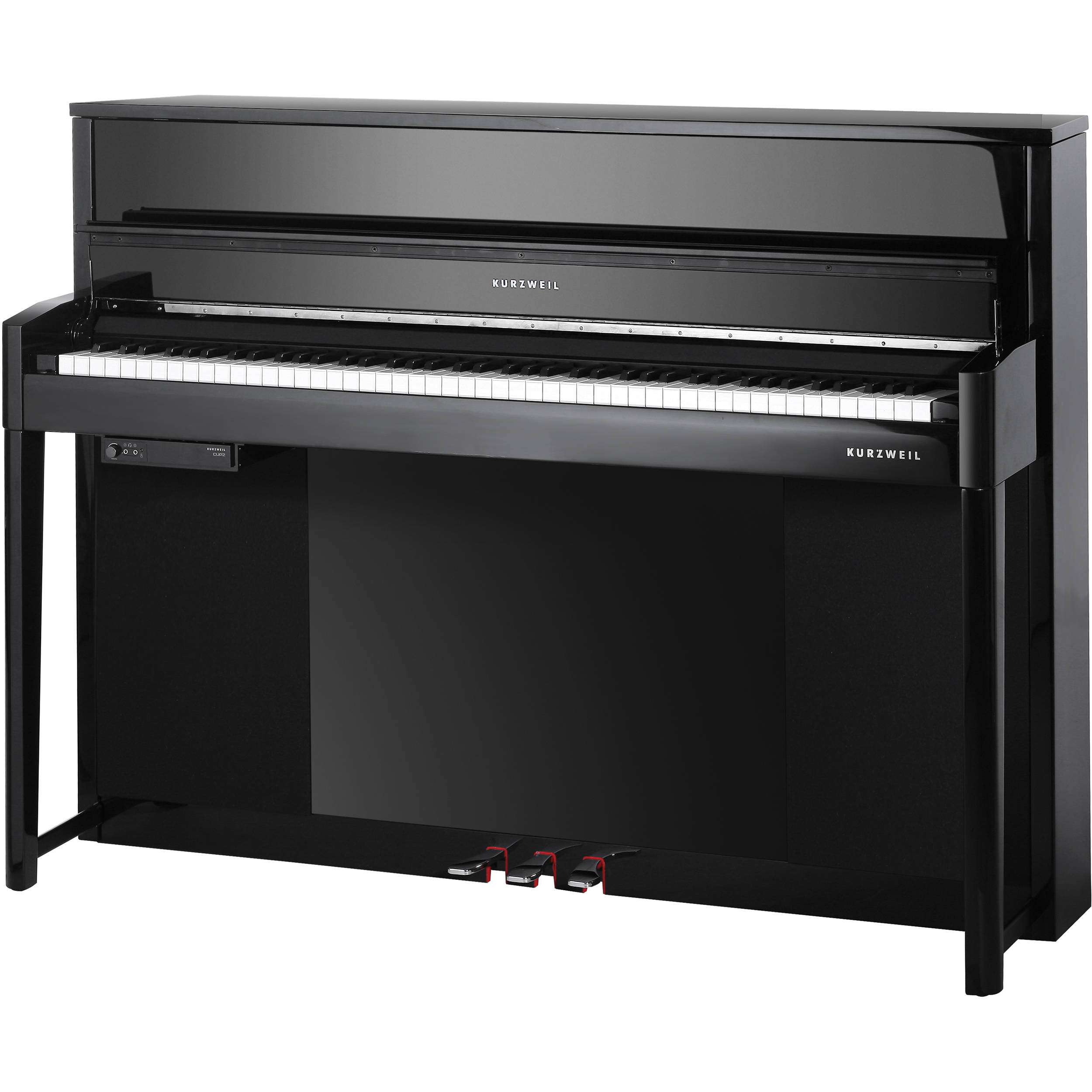 But for practicing at home, an easier option is also suitable. A wall with a slot will give less bass, but high and medium frequencies will be heard better. A good example is  Kurzweil CUP220SR : 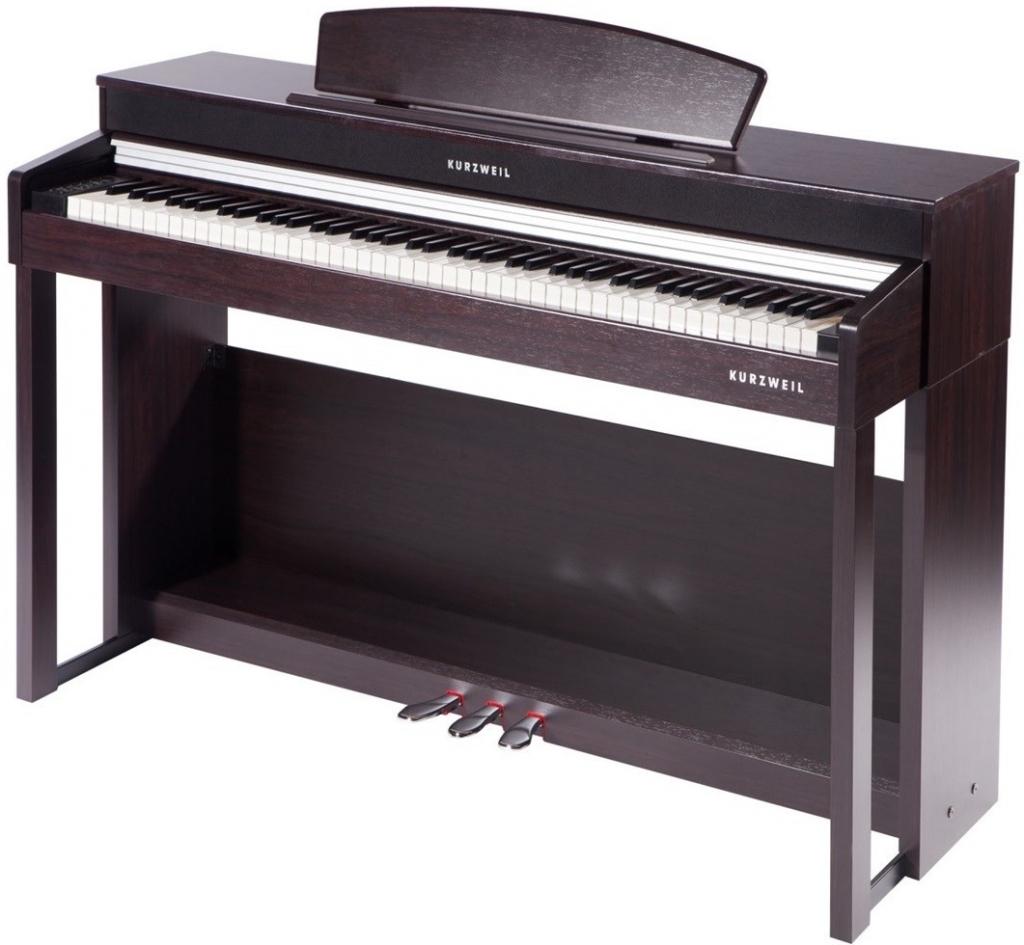 And a piano in a plastic case has a very simple sound, but it can be carried with you or put away behind a cabinet if you plan to play occasionally. A classic example is  the CASIO CDP-230R BK: 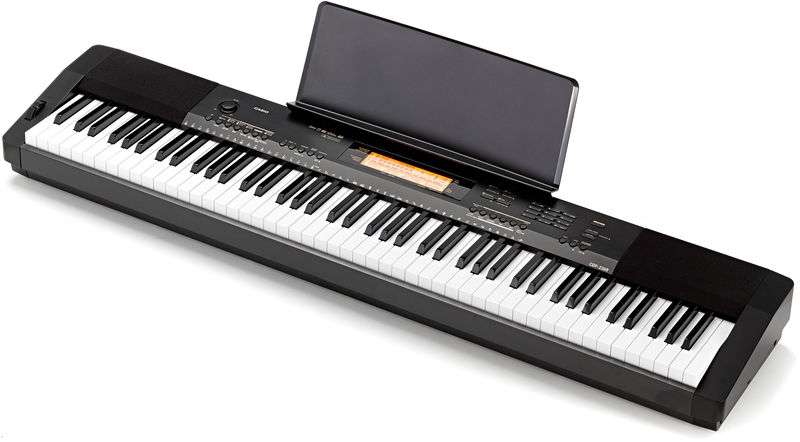 For information on where and how to install speakers on Roland digital pianos, watch the video:

Even if you prefer an inexpensive portable piano, make sure that it has the ability to connect a three-pedal unit.
Tools are different – for different purposes and at different prices. It is clear that the more expensive the better, but there are options with decent performance at an affordable price. In any case, listen to the instrument yourself: the sound depends not only on the indicators, but also on the manufacturer. For example, someone likes the velvety sound of Roland , and someone likes the bright and clear  Yamaha . Another person can’t tell the difference between the sound of a portable  Casio and a Kurzweil . It is up to you to play the instrument, so look at the indicators, but listen to the sound yourself!

How to choose a digital piano for a child? Keys.