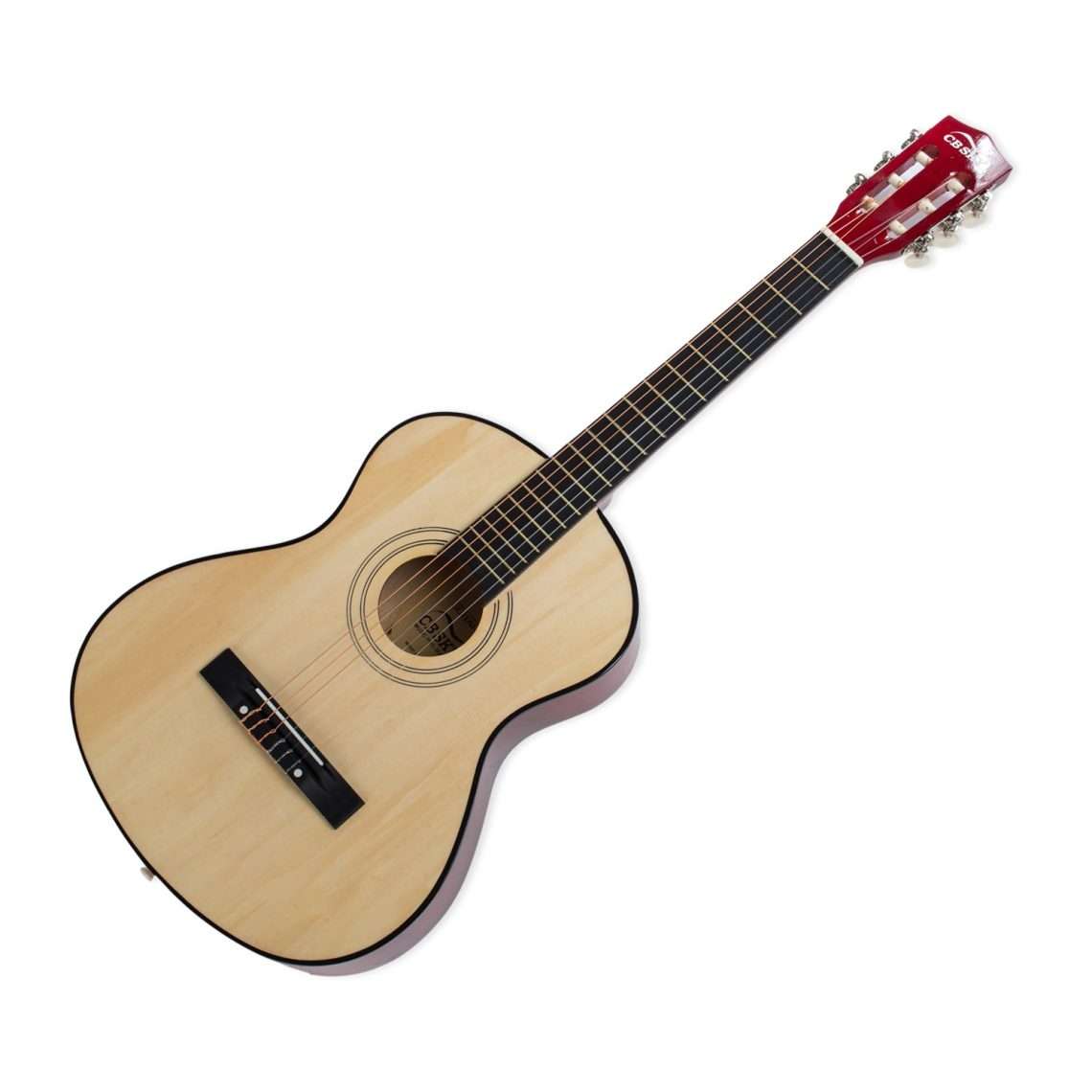 The guitar is a stringed plucked musical instrument , one of the most widespread in the world . It is used as an accompanying or solo instrument in many musical styles and directions of music, being the main instrument in such musical styles as blues, country, flamenco, rock- music, sometimes jazz, etc. Invented in the 20th century, the electric guitar had a strong influence on popular culture.

The earliest surviving evidence of stringed instruments with a resonating body and neck, the ancestors of the modern guitar, dates back to the 2nd millennium BC.[2] Images of the kinnor ( a Sumerian -- Babylonian stringed instrument, mentioned in biblical legends) were found on clay bas-reliefs during archaeological excavations in Mesopotamia . Similar instruments were also known in ancient Egypt and India : nabla , nefer , zither in Egypt, veena and sitar in India. In ancient Greeceand Rome the cithara instrument was popular.

The predecessors of the guitar had an elongated round hollow resonating body and a long neck with strings stretched on it. The body was made in one piece – from a dried pumpkin , tortoise shell, or hollowed out from a single piece of wood. In the III -- IV centuries AD. e. in China , the ruan (or yuan) [3] and yueqin [4] instruments appeared , in which the wooden body was assembled from the upper and lower soundboards and the sides connecting them. In Europe , this caused the introduction of the Latin and Moorish guitars around the 6th century . Later, in the XV  -- XVI centuries , an instrument appearedvihuela , also influential in shaping the construction of the modern guitar.

The word “guitar” comes from the fusion of two words: the Sanskrit word “sangita” which means “music” and the Old Persian “tar” which means “string”. According to another version, the word “guitar” comes from the Sanskrit word “kutur”, meaning “four-stringed” (cf. setar   – three-stringed). As the guitar spread from Central Asia through Greece to Western Europe, the word “guitar” underwent changes: “cithara (ϰιθάϱα)” in ancient Greece, Latin “cithara”, “guitarra” in Spain, “chitarra” in Italy, “guitare” in France, “guitar” in England, and finally, “guitar” in Russia. The name “guitar” first appeared in European medieval literature in the 13th century . [5]

In the Middle Ages, the main center for the development of the guitar was Spain, where the guitar came from ancient Rome ( Latin guitar ) and together with the Arab conquerors ( Moorish guitar ). In the 15th century , a guitar invented in Spain with 5 double strings (the first string could have been single) became widespread. Such guitars are called Spanish guitars . By the end of the 18th century, the Spanish guitar , in the process of evolution, acquires 6 single strings and a considerable repertoire of works, the formation of which was significantly influenced by Italian composer and virtuoso guitarist Mauro Giuliani.

During the 18th -- 19th centuries, the design of the Spanish guitar undergoes significant changes, the masters experiment with the size and shape of the body, neck fastening, the design of the peg mechanism, and so on. Finally, in the 19th century, the Spanish guitar maker Antonio Torres gave the guitar its modern shape and size. Guitars designed by Torres are today referred to as classical guitars . The most famous guitarist of that time is the Spanish composer and guitarist Francisco Tarrega , who laid the foundations for the classical technique of playing the guitar. In the 20th century, his work was continued by the Spanish composer, guitarist and teacher Andres Segovia.

In the 20th century, in connection with the advent of electrical amplification and sound processing technology, a new type of guitar appeared –  electric guitar. In 1936, Georges Beauchamp and Adolphe Rickenbecker, the founders of the Rickenbacker company, patented the first electric guitar with magnetic pickups and a metal body (the so-called ” frying pan “). In the early 1950s , American engineers and entrepreneur Leo Fender, and engineer and musician Les Paul independently of each other, they invent an electric guitar with a solid wooden body, the design of which has remained unchanged to this day. The most influential performer on the electric guitar is (according to Rolling Stone magazine) the American guitarist Jimi Hendrix who lived in the middle of the 20th century [7] .

Like every musical instrument, the guitar has several parts. It looks something like the picture below. The structure of the guitar includes: soundboard, nut, side, neck, pegs, nut, nut, frets, resonator hole and holder.

What is each element (part) responsible for?

The saddle serves as a mount for the strings: they are fixed there with special cartridges, while the end of the string goes inside the guitar.

As for the fretboard – you’re going to be freaking out now, but there are guitars with two necks at once!

The tuning pegs are the outer part of the mechanism that tightens (loosen) the strings. Turning the tuning pegs, we tune the guitar, make it sound right.

The resonator hole is the hole of the guitar, approximately where our right hand is located when playing the guitar. Actually, the larger the volume of the guitar, the deeper its sound (but this is far from the main determining factor in sound quality).

The large number of varieties of guitars that currently exist can be classified according to the following criteria:

By the presence of frets

By country (place) of origin

By genre of music

By role in the work performed

In classical music, a solo guitar is considered a guitar without an ensemble, all parts are taken by one guitar, the most difficult type of guitar playing

By number of strings

When playing the guitar, the guitarist pinches the strings on the fretboard with the fingers of the left hand, and uses the fingers of the right hand to produce sound in one of several ways. The guitar is in front of the guitarist ( horizontally or at an angle, with the neck raised to 45 degrees ), leaning on the knee , or hangs on a belt slung over the shoulder . Some left –  handed guitarists turn the guitar neck to the right , tug the strings accordingly and change the functions of the hands  -- clamp the strings with the right hand, extract the sound with  the left. Further , the names of the hands are given for a right –  handed guitarist.

The main method of sound production on the guitar is a pinch   – the guitarist hooks the string with the tip of his finger or fingernail , slightly pulls and releases . When playing with fingers , two types of plucking are used : apoyando and tirando .

Apoyando ( from Spanish  apoyando , leaning ) is apinch after which the finger rests on the adjacent string . With the help of apoyando , scale passages are performed , as well as cantilena , which requires a particularly deep and full sound . When tirando ( Spanish tirando -- pull ) , in   unlike apoyando , the finger after a pluck does not rest on the adjacent , thicker string , but freely sweeps over it , in notes , if the special apoyando sign (^) is not indicated , then the work is played using the tirando technique .

Also , the guitarist can strike all or several adjacent strings at once with three or four fingers with little effort . _ This method of sound production is called rasgueado . The name ” ches ” is also common.

The pinch and strike can be performed with the fingers of the right hand or with the help of a special device called a plectrum ( or plectrum ). The plectrum is a small flat plate of hard material  -- bone , plastic or metal . The guitarist holds it in the fingers of his right hand and pinches or strike the strings with it .

Slap is widely used in many modern styles of music . To do this, the guitarist either hits a single string hard with his thumb , or picks up and releases a string . These techniques are called slap ( hit ) and pop ( hook ), respectively . Mostly slap used when playing the bass guitar . _

In recent decades , an unusual playing technique has been actively developed , a new way of sound extraction , when the string begins to sound from light finger strikes between the frets on the fingerboard . This method of sound production is called tapping ( two  -- handed tapping when playing with two hands ) or TouchStyle . At tapping is like playing the piano , with each hand playing its own independent part.

With the left hand , the guitarist grabs the neck from below , leaning his thumb on its back side . The rest of the fingers are used to pinch the strings on the working surface of the fretboard . The fingers are designated and numbered as follows: 1  -- index , 2  -- middle , 3  -- ring , 4  -little finger . The position of the hand relative to the frets is called ” position ” and is indicated by a Roman numeral . For example , if a guitarist plucks a string with the 1st finger on the 4th fret , then they say that the hand is in the 4th position . An unstretched string is called an open string.

The strings are clamped with the pads of the fingers  -- thus , with one finger , the guitarist presses one string at a certain fret . If the index finger is placed flat on the fretboard , then several , or even all, strings on the same fret will be pressed at once . This very common technique is called ” barre “. There is a big barre ( full barre ), when the finger presses all the strings , and a small barre ( half-barre ), when a smaller number of strings ( up to 2 ) is pressed . The rest of the fingers remain free during the setting of the barre and can be used to clamp the strings on in other ways . There are also chords in which , in addition to the big barre with the first finger , it is necessary to take a small barre on a different fret , for which any of the free fingers is used , depending on the “ playability ” of a particular chord .

In addition to the basic guitar playing technique described above , there are a variety of techniques that are widely used by guitarists in different styles of music .

In addition , when reading music , you should remember that the guitar is a transposing instrument  -- works for the guitar are always recorded an octave higher than they sound . This is done in order to avoid a large number of additional lines from below.

There is a class of software products ” guitar chord calculators ” –  these are programs that can calculate and graphically show all possible fingerings for a given chord.

A variety of accessories and fixtures may be used with the guitar during use and performance , including the following:

How much does a good guitar cost?

For $ 150-200 there are many models even with a connection, with a built -in tuner and effects. And even for $ 80-100 you can buy a rather decent guitar of the EUPHONY, MARTINEZ brand, for example, or a number of budget models not expensive in price, but quite decent in quality and sound.

Which guitar is best to buy a for beginners?

Experts recommend starting training with a classic guitar. Soft nylon strings are installed on it, the bar has an increased width, and the sound can be characterized as soft and round. On such guitars, classical works are performed, as well as music in the style of jazz and flamenco.

What is the difference between classical and acoustic guitar?

Nylon strings are used for the classic guitar. They are soft to the touch and it is easy to clamp them on the guitar’s neck. On the acoustic guitar there are more rigid steel strings that make the sound more vigorous and saturated. In rare cases, specially manufactured metal strings can be installed on a classic guitar. 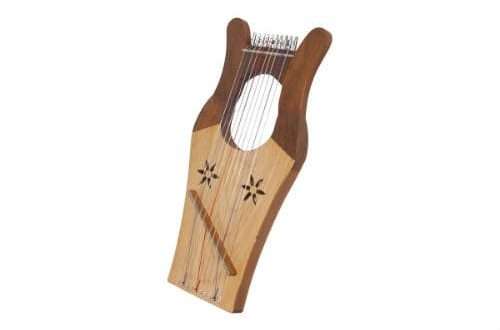 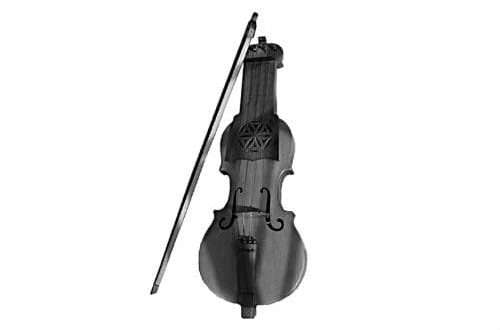 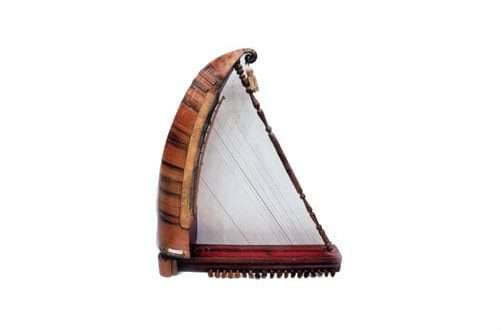