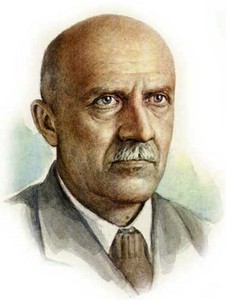 People’s Artist of the USSR (1946). Academician (1943). In 1908 he graduated from the Faculty of History and Philology of St. Petersburg University, in 1910 – the St. Petersburg Conservatory, class of composition A. K. Lyadov. Communication with V. V. Stasov, A. M. Gorky, I. E. Repin, N. A. Rimsky-Korsakov, A. K. Glazunov, F. I. Chaliapin had a beneficial effect on the formation of his worldview. Since 1910 he worked as an accompanist at the Mariinsky Theatre, which was the beginning of his close creative relationship with the Russian musical theater. In 1910-11 Asafiev wrote the first ballets – “The Gift of the Fairy” and “White Lily”. Appeared occasionally in print. From 1914 he was constantly published in the magazine “Music”.

Asafiev’s scientific-journalistic and musical-public activities acquired a special scope after the Great October Socialist Revolution. He collaborated in a number of press organs (Life of Art, Vechernyaya Krasnaya Gazeta, etc.), responding to various questions from the muses. life, participated in the work of muses. t-ditch, concert and cultural-clearance. organizations in Petrograd. Since 1919 Asafiev was associated with the Bolshoi Drama. t-rum, wrote music for a number of his performances. In 1919-30 he worked at the Institute of the History of Art (since 1920 he was the head of the category of music history). Since 1925 Professor Leningrad. conservatory. 1920s – one of the most fruitful periods of science. Asafiev’s activities. At this time, many were created. its most important. works – “Symphonic Etudes”, “Letters on Russian Opera and Ballet”, “Russian Music from the Beginning of the 19th Century”, “Musical Form as a Process” (part 1), cycles of monographs and analytical studies, dedicated to. the work of M. I. Glinka, M. P. Mussorgsky, P. I. Tchaikovsky, A. K. Glazunov, I. F. Stravinsky and others, many others. critical articles about modern. Soviet and foreign composers, on issues of aesthetics, music. education and enlightenment. In the 30s. Asafiev gave Ch. music attention. creativity, especially intensively worked in the field of ballet. In 1941-43, in besieged Leningrad, Asafiev wrote an extensive cycle of works – “Thoughts and Thoughts” (published in part). In 1943 Asafiev moved to Moscow and headed the Research Office at Moscow. Conservatory, also led the Music Sector at the Institute of the History of Art in the USSR Academy of Sciences. In 1948, at the First All-Union Congress of Composers, he was elected before. CK USSR. Stalin Prizes in 1943 for many years of outstanding achievements in the field of art and in 1948 for the book Glinka.

Asafiev made an outstanding contribution to many branches of theory and history of music. With great music. and general arts. erudition, deep knowledge of the humanities, he always considered the muses. phenomena on a broad social and cultural background, in their connection and interaction with all aspects of spiritual life. Asafiev’s bright literary talent helped him recreate the impression of the muses. prod. in living and figurative form; In Asafiev’s works, the research element is often combined with the living observation of the memoirist. One of the chap. scientific Asafiev’s interests were Russian. music classic, analyzing to-ruyu Asafiev revealed its inherent nationality, humanism, truthfulness, high ethical pathos. In works dedicated to modern music and music. heritage, Asafiev acted not only as a researcher, but also as a publicist. Characteristic in this sense is the title of one of Asafiev’s works – “Through the past to the future.” Asafiev spoke ardently and actively in defense of the new in creativity and music. life. In the pre-revolutionary years, Asafiev was (along with V. G. Karatygin and N. Ya. Myaskovsky) one of the first critics and propagandists of the work of the young S. S. Prokofiev. In the 20s. Asafiev devoted a number of articles to the works of A. Berg, P. Hindemith, E. Ksheneck and others. foreign composers. In The Book of Stravinsky, some stylistic features are subtly revealed. processes characteristic of the music of the early 20th century. In Asafiev’s articles “The Crisis of Personal Creativity” and “Composers, Hurry!” (1924) there was a call for musicians to connect with life, to approach the listener. Mn. Asafiev paid attention to the issues of mass music. life, nar. creativity. To the best examples of owls. music critics own his articles on N. Ya. Myaskovsky, D. D. Shostakovich, A. I. Khachaturian, V. Ya. Shebalin.

Philosophical and aesthetic. and theoretical Asafiev’s views have undergone a sign. evolution. In the early period of his activity, he was characterized by idealistic. trends. Striving for dynamic understanding of music, to overcome the dogmatic. music teachings. form, he initially relied on the philosophy of A. Bergson, borrowing, in particular, his concept of “life impulse”. On the formation of musical-theoretical. Asafiev’s concept had a significant impact on energy. E. Kurt’s theory. The study of the works of the classics of Marxism-Leninism (from the 2nd half of the 20s) approved Asafiev on the materialistic. positions. The result of the theoretical Asafiev’s search was the creation of a theory of intonation, which he himself considered as a hypothesis that helps to find “the key to really concrete justifications of musical art as a real reflection of reality.” Defining music as “the art of intoned meaning”, Asafiev considered intonation to be the main specificity. form of “manifestation of thought” in music. The concept of symphonism as a method of arts, put forward by Asafiev, acquired an important theoretical significance. generalizations in music based on dynamic. perception of reality in its development, clash and struggle of contradictory principles. Asafiev was the successor and successor of the most prominent representatives of the Russian. classical thoughts about music – V. F. Odoevsky, A. N. Serov, V. V. Stasov. At the same time, his activity marks a new stage in the development of muses. science. A. – the founder of the owls. musicology. His ideas are fruitfully developed in the works of Soviets, as well as many others. foreign musicologists.

Asafiev’s composing work includes 28 ballets, 11 operas, 4 symphonies, a large number of romances and chamber instruments. production, music to many dramatic performances. He completed and instrumented the opera Khovanshchina by M. P. Mussorgsky according to the author’s manuscripts, and made a new edition. Serov’s opera “Enemy Force”

A valuable contribution was made by Asafiev to the development of ballet. With his work, he expanded the tradition. circle of images of this genre. He wrote ballets based on the plots of A. S. Pushkin – The Fountain of Bakhchisarai (1934, Leningrad Opera and Ballet Theater), The Prisoner of the Caucasus (1938, Leningrad, Maly Opera Theater), The Young Lady-Peasant Woman ( 1946, Big tr.), etc.; N. V. Gogol – The Night Before Christmas (1938, Leningrad Opera and Ballet Theater); M. Yu. Lermontov – “Ashik-Kerib” (1940, Leningrad. Small Opera House); M. Gorky – “Radda and Loiko” (1938, Moscow, central park of culture and recreation); O. Balzac – “Lost Illusions” (1935, Leningrad Opera and Ballet Theater); Dante – “Francesca da Rimini” (1947, Moscow Musical T-r named after K. S. Stanislavsky and V. I. Nemirovich-Danchenko). In the ballet work of Asafiev, the heroic of the Civil War – “Partisan Days” (1937, Leningrad Opera and Ballet Theater) was reflected and released. struggle of peoples against fascism – “Militsa” (1947, ibid.). In a number of ballets, Asafiev sought to recreate the “intonation atmosphere” of the era. In the ballet The Flames of Paris (1932, ibid.), Asafiev used melodies from the era of the French Revolution and works by composers of that time and “worked on this task not only as a playwright, composer, but also as a musicologist, historian and theorist, and as a writer, without shying away from the methods of the modern historical novel. A similar method was used by Asafiev when creating the opera The Treasurer based on the plot of M. Yu. Lermontov (1937, Leningrad Pakhomov Sailors Club) and others. in the repertoire of Soviet muses. t-ditch 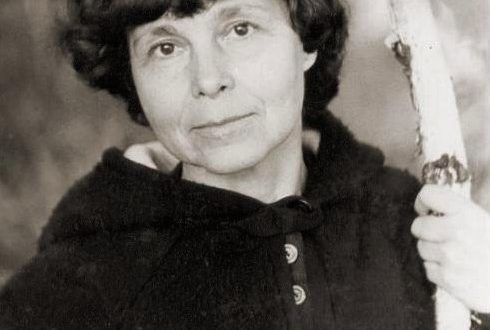 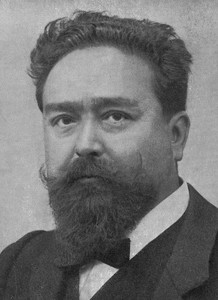 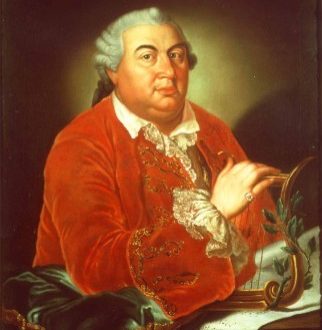