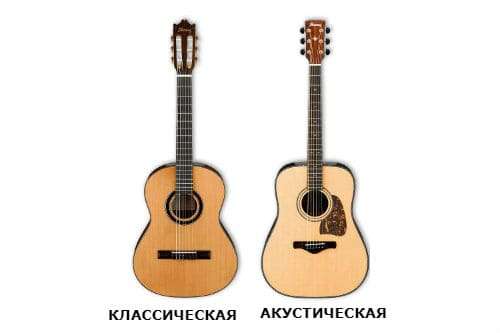 To become the soul of any company, you need a classical guitar and the ability to play it. Until the last century, this instrument was not given much attention in Russia. And today, a representative of the plucked string family is rightfully considered the most popular instrument along with acoustics.

The differences between acoustics and classics are both in design features and in style. The first is more suitable for rock and roll, country and jazz, the second – for romances, ballads, flamenco.

The classical guitar is distinguished from other types by its characteristic features:

The six-string guitar is used both for solo performances and for accompaniment or in ensembles. Technique distinguishes it from pop music. The musician usually plays with his fingers, not with a plectrum.

The main components are the body, neck, strings. The shape and size of the instrument has remained unchanged since the end of the XNUMXth century, when the Spanish guitar maker Antonio Torres created a classic model with six strings, wooden bottom and top soundboards, interconnected by shells. Each part has its own distinctive features. 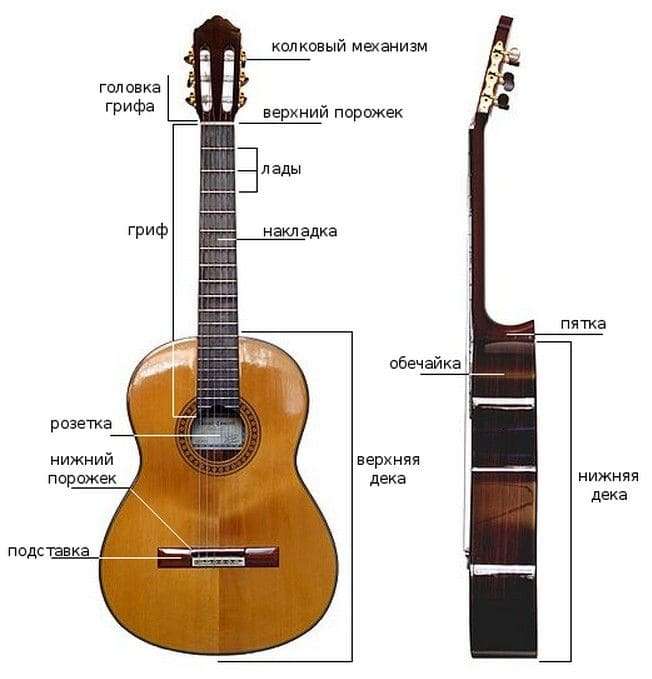 The bottom and top decks are identical in shape. For the manufacture of the lower, violin maple, cypress or other types of wood are used, for the upper – spruce or cedar. Board thickness from 2,5 to 4 mm. The top deck is responsible for the sonority of the instrument. A round voice box with a diameter of 8,5 cm is cut out in it, a stand-string holder with a nut is installed. The stand has six holes for attaching strings. To prevent deformation of the body during tension, a system of springs made of wooden slats is installed inside, but there is no anchor rod. This is a significant difference between classical and acoustic guitars.

It is attached to the hull with a keel, which is also called the “heel”. The width of the fretboard of a classical guitar is 6 cm, the length is 60-70 cm. For the manufacture, cedar or other types of wood with a solid structure are used. On the reverse side, the neck has a rounded shape, the working surface is flat, covered with an overlay. The neck ends with a head, which expands slightly, leaning back. A classical guitar differs from an acoustic guitar in the length of the neck, in the latter it is shorter by 6-7 cm. 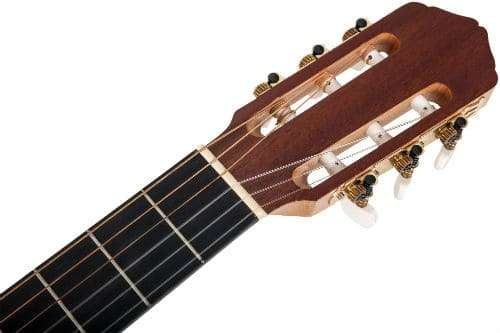 Proper string placement and height is essential for a clear sound. Setting it too low results in rattling, while setting it too high results in inconvenience to the performer. The height is determined by the 1st and 12th frets. The distance between the fretboard and the strings on a classical guitar should be as follows:

You can measure the distance using a regular ruler. The reasons for the change in height may be too low or high nut, neck deflection. Numbering is used to name guitar strings. The thinnest is the 1st, the upper thick is the 6th. Most often, they are all nylon – this is another difference between classical and acoustic guitars. 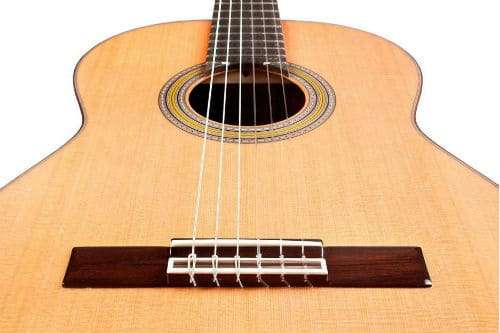 The instrument became widespread in Spain in the 13th century, which is why it is also called the Spanish guitar. Until the XNUMXth-XNUMXth centuries, there were different forms of cases with a different number of strings.

Master Antonio Torres made a great contribution to the popularization of the six-string instrument. He experimented with the device for a long time, changed the structure, tried to make the top deck as thin as possible in order to achieve high-quality sound. With his light hand, the guitar received the name “classical”, standard build and look.

The first manual for the Play, which introduced a system for learning to play, was written by the Spanish composer Gaspar Sanz. In the XNUMXth century, the piano replaced the guitar.

In Russia, until the XNUMXth century, there was no great interest in the six-string instrument. Playing the guitar attracted the attention of the inhabitants of our country, thanks to the composer Giuseppe Sarti. He lived in Russia for more than twenty years, served at the court of Catherine II and Paul I.

The first famous Russian guitarist in history was Nikolai Makarov. A retired military man, after leaving the service, he became interested in the guitar and played 10-12 hours a day. Having achieved significant success, he began to perform concerts and continued his studies in Vienna. Makarov organized the first guitar competition in Brussels in 1856.

After the revolution, mass industrial production of the instrument began, it was included in the curriculum at music schools, self-tutors appeared. The classical guitar became the instrument of bards, whose songs on the “six-string” were replayed in the yards.

Despite certain standards, there are different types of classical guitars:

Any species can look beautiful, so veneered is quite suitable for beginners. But for concert activity it is better to choose one of the last two options. 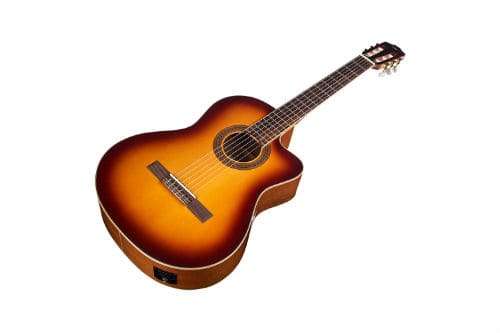 How to choose a classical guitar

Beginners should pay attention not only to the appearance of the instrument, but also to the subtleties that will not be easy to figure out right away:

You need to select a tool, given the size. The standard model for adults is 4/4. The length of such a classical guitar is about 100 centimeters, weight is more than 3 kg. It will be impossible for a small child to play on it, therefore, models recommended taking into account growth and age have been developed:

When choosing, you need to pay attention to the timbre and sound. Therefore, it is better to take a person with you to the store who can tune the instrument and play a melody on it. Good sound is the key to the right choice. 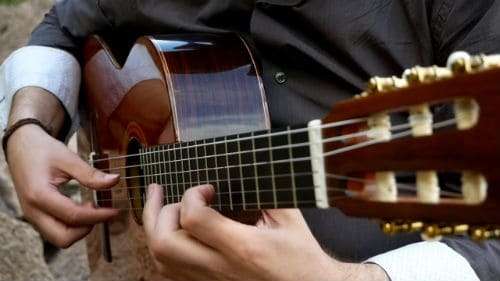 How to tune a classical guitar

In specialized stores, adjustment is carried out at the time of purchase. The “Spanish” tuning of a 6-string guitar is ebgdAD, where each letter corresponds to a sequence of strings from one to six.

The principle of tuning is to alternately bring each string to the appropriate sound at the fifth fret. They should sound in unison with the previous one. To tune, turn the pegs, raising the tone, or weaken, lowering.

It is better for a beginner to master the instrument while sitting on a chair, substituting a support under the left leg. It is customary to play the classical guitar by fighting or picking, using chords. The style matches the work.

“Classic” is the best option for a beginner. Nylon strings are easier to pick up than metal strings on an acoustic. But, like any other tool, you need to be able to take care of it. Excessive humidity or dryness of the air leads to drying out of the body, and the strings must be regularly cleaned of dust and dirt. Proper care of your guitar will help keep it intact and sound clean. 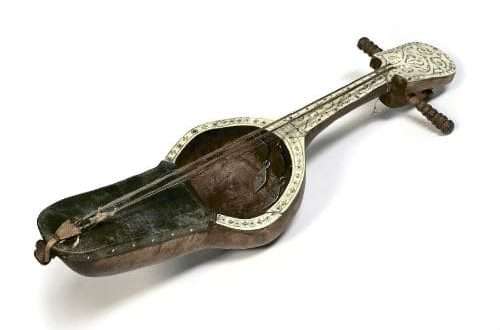 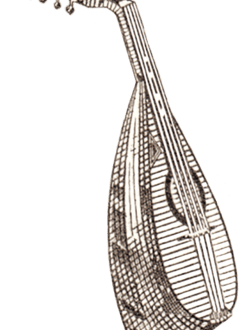