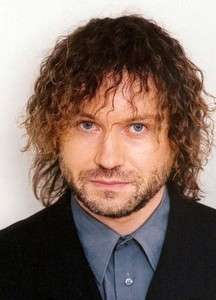 One of the most charismatic musicians of his generation, Alexander Knyazev successfully performs in two roles: cellist and organist. The musician graduated from the Moscow Conservatory in the cello class (Professor A. Fedorchenko) and the Nizhny Novgorod Conservatory in the organ class (Professor G. Kozlova). A. Knyazev won international recognition on the Olympus of cello art, becoming a laureate of prestigious performing competitions, including those named after P. I. Tchaikovsky in Moscow, UNISA in South Africa, and named after G. Cassado in Florence.

Concerts of A. Knyazev are successfully held in Germany, Austria, Great Britain, Ireland, Italy, Spain, Portugal, France, Sweden, Finland, Denmark, Norway, the Netherlands, Belgium, Japan, Korea, South Africa, Brazil, Australia, USA and other countries . The musician performed at the most famous stage venues in the world, including the Amsterdam Concertgebouw and the Palace of Fine Arts in Brussels, the Pleyel Hall in Paris and the Champs Elysees Theatre, the London Wigmore Hall and the Royal Festival Hall, the Salzburg Mozarteum and the Vienna Musikverein, the Rudolfinum Hall in Prague, Auditorium in Milan and others. He took part in many international festivals, including: “December Evenings”, “Art-November”, “Square of Arts”, them. Dmitry Shostakovich in St. Petersburg, “Stars on Baikal”, in Colmar, Radio France in Montpellier, in Saint-Denis, La Roque d’Antheron, “Crazy Days” in Nantes (France), in Schloss Elmau (Germany), ” Elba is the musical island of Europe” (Italy), in Gstaad and Verbier (Switzerland), Salzburg Festival, “Prague Autumn”, named after. Enescu in Bucharest, a festival in Vilnius and many others.

In 1995-2004 Alexander Knyazev taught at the Moscow Conservatory. Many of his students are laureates of international competitions. Now the musician regularly holds master classes in France, Germany, Spain, South Korea, and the Philippines. A. Knyazev was invited to the jury of the XI and XII International Competitions. P.I. Tchaikovsky in Moscow, II International Youth Competition named after. P.I. Tchaikovsky in Japan. In 1999, A. Knyazev was named “Musician of the Year” in Russia.

In 2005, the recording of the trio of S.Rakhmaninov and D.Shostakovich (Warner Classics) performed by B.Berezovsky (piano), D.Makhtin (violin) and A.Knyazev (cello) was awarded the prestigious German Echo klassik award. In 2006, the recording of P.I. Tchaikovsky’s works together with the State Academic Chamber Orchestra of Russia conducted by K. Orbelyan (Warner Classics) also brought the musician the Echo klassik award, and in 2007 he was awarded this award for a disc with sonatas by F. Chopin and S.Rakhmaninov (Warner Classics), recorded together with pianist Nikolai Lugansky. In the 2008/2009 season, several more albums with the musician’s recordings were released. Among them: a trio for clarinet, cello and piano by W. A. ​​Mozart and I. Brahms, recorded by the musician together with Julius Milkis and Valery Afanasyev, Dvorak’s cello concerto, recorded by A. Knyazev with the Bolshoi Symphony Orchestra. P.I. Tchaikovsky under V. Fedoseev. Recently, the musician completed the release of a complete anthology of works for cello by Max Reger with the participation of pianist E. Oganesyan (world premiere), and also released a disc with the recording of Bloch’s “Schelomo” conducted by E.F. Svetlanov on the Brilliant classics label (the recording was made in 1998 year in the Great Hall of the Conservatory). A disc with works by S. Frank and E. Yzaya, recorded together with pianist Flame Mangova (Fuga libera), is being prepared for release. In the near future A. Knyazev will also record three sonatas by J.S. Bach for cello and organ with J. Guillou (company Triton, France).

As an organist, Alexander Knyazev performs extensively and successfully both in Russia and abroad, performing both solo programs and works for organ and orchestra.

In the 2008/2009 season, Alexander Knyazev gave organ concerts in Perm, Omsk, Pitsunda, Naberezhnye Chelny, Lvov, Kharkov, Chernivtsi, Belaya Tserkov (Ukraine) and St. Petersburg. The musician’s organ debut took place in the famous Dome Cathedral in Riga. In October 2009, A. Knyazev performed with a solo organ program in the Concert Hall. P.I. Tchaikovsky in Moscow, and in St. Petersburg he performed the Cello and Organ Concertos by J. Haydn with the Honored Ensemble of Russia, the Academic Symphony Orchestra of the St. Petersburg Philharmonic. In early November, in the hall of the State Academic Chapel of St. Petersburg, the musician played a huge program of solo works by Bach, as well as 6 sonatas for violin and organ by J.S. Bach with A. Baeva (violin). In 2009, A. Knyazev recorded his first organ disc on the famous Walker organ in the Riga Dome Cathedral.

In July 2010, the musician gave a solo organ concert at the famous Radio France festival in Montpellier, which was broadcast live to all European countries (in the summer of 2011 the musician will perform again at this festival). In the near future he will perform organ performances in two famous Parisian cathedrals – Notre Dame and Saint Eustache.

Bach is always in the center of the performer’s attention. “I’m trying to find a reading of Bach’s music that must be very lively in the first place. It seems to me that Bach’s music is genius because it is very modern. In no case should you make a “museum” out of it, – says A. Knyazev. His “Bakhiana” includes such complex exclusive projects as the performance of all the composer’s cello suites in one evening (in the Great Hall of the Moscow Conservatory, the Great Hall of the St. Petersburg Philharmonic, Casals Hall in Tokyo) and recording them on CD (twice); all six trio sonatas for organ (at concerts in Moscow, Montpellier, Perm, Omsk, Naberezhnye Chelny and Ukraine), as well as the Art of Fugue cycle (in the Tchaikovsky Concert Hall, Casals Hall, UNISA Hall in Pretoria (South Africa), in Montpellier and in the summer of 2011 in the Cathedral of Saint-Pierre-le-Jeune in Strasbourg). 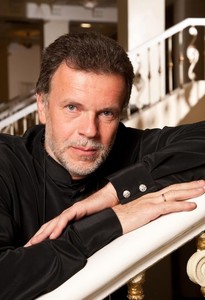 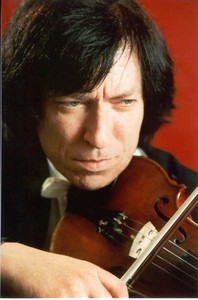 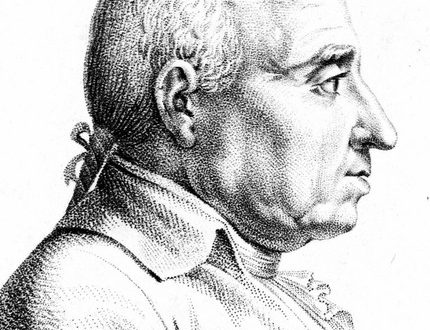