Pay attention to the treble clef, which is always placed at the beginning of every staff. This key belongs to the group of G keys and marks the position of the g1 note on the second line from which the writing of this graphic sign also begins. The treble clef is used for musical notation of notes, among others for the right hand of keyboards such as keyboard and piano.

Directly next to it is the note D, which is placed on the staff under the first line. Remember that the lines are always counted from the bottom, and between the lines there are so-called flap.

The next note adjacent is the E, which is placed on the first line of the staff.

The next sound after h1 will be the sound belonging to the next octave, i.e. c2. This octave is called a double octave.

At the same time, the notes from C1 to C2 will form the first basic scale of C major, which does not have any key characters.

Music notation for the left hand

For the left hand, notation for keyboard instruments is made in the bass clef. This clef belongs to the group of fi clefs, and it is marked on the fourth line by the sound f. The difference in notation between the treble clef and the bass clef amounts to an interval of a third.

A cross is a chromatic mark that increases a given sound by a half tone up. This means that if it is placed next to a note, we play that note a half-tone higher.

Bemol, on the other hand, is a chromatic sign that lowers a given note by half its tone. This means that if, for example, we have a flat placed in front of the note e, we must play the note e.

For example: the sound e when lowered gives es

Another important element of musical notation are the rhythmic values. In the beginning, we will deal with these basic regular musical values. They will be presented chronologically, starting from the longest one to the shorter and shorter ones. The whole note is the longest lasting rhythmic value. It lasts for the entire measure in 4/4 time and we count it 1 and 2 and 3 and 4 and (one and two and three and four and). The second longest rhythmic value is a half note, which is half the length of the whole note and we count it: 1 and 2 and (one and two and). The next rhythmic value is a quarter note, which we count: 1 i (once and) and an eight smaller by half than it. There are, of course, even smaller rhythmic values ​​such as sixteenths, thirty-two and sixty-four. As you can see all these rhythmic values ​​are divisible by two and they are called regular measures. At a later stage of learning, you will come across irregular measures such as, for example, triols or sextoles.

It should also be remembered that each rhythmic value of a note has its counterpart in a pause or, more simply, silence in a given place. And here we also have a full-note, half-note, crotchet, eighth or sixteen-note rest.

Describing it in a different way, the whole note will fit, for example, four crotchets or eight eighth notes, or two half notes.

Each of the rhythmic values ​​of a note or rest can also be extended by half of its value. In music notation this is done by adding a dot to the right of the note. And so, if, for example, we put a dot next to a half-point, it will last as long as three quarter notes. Because in each standard half note we have two quarter notes, so if we extend it by half the value, we have one additional quarter note and a total of three quarter notes will come out.

The time signature is placed at the beginning of each piece of music and tells us what style of music the piece is. The most popular time signature values ​​are 4/4, 3/4 and 2/4. In 4/4 time there are the most composed pieces and this metric group covers the most musical styles: ranging from Latin American dances through rock and roll to classical music. The 3/4 meter is all waltzes, mazurkas and kujawiaks, while the 2/4 meter is a popular polka dot.

The upper digit in the sign of the time signature means how many values ​​are to be included in the given measure, and the lower one informs us what these values ​​are to be. So in the example 4/4 time signature we get the information that the bar should contain values ​​corresponding to the fourth quarter note or its equivalent, e.g. eight eighth notes or two half notes.

At the beginning, this sheet music may seem like some kind of black magic, so it is worth dividing this learning into individual stages. First of all, you will learn the notation in the treble clef, mainly in the singular and double-sided octaves. It is on these two octaves that the right hand will operate the most. Mastering the rhythmic values ​​should not be too much of a problem, as this division is very natural for two. We can divide each greater value into two smaller equal halves. 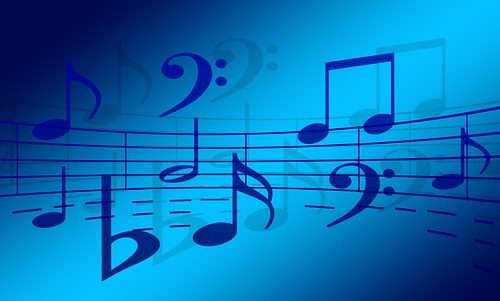 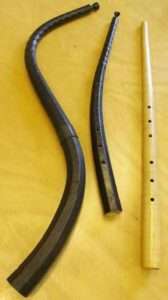 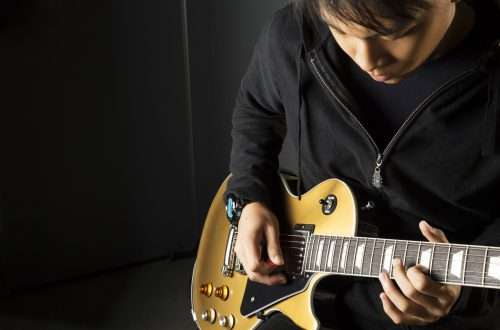