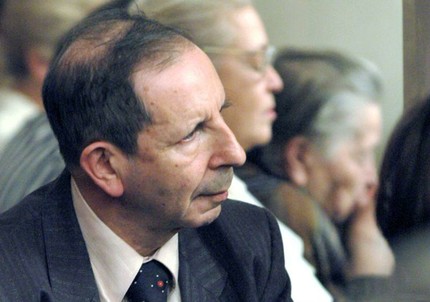 Only he deserves to inherit Who can apply an inheritance to life. J. W. Goethe, “Faust”

He is indeed one of those few contemporary composers who are invariably seen as a successor to traditions. Whose? Usually called M. Mussorgsky and S. Prokofiev. No less firmly in judgments about Slonimsky, the opposite is also emphasized: the bright individuality of music, its memorability and easy recognition. Reliance on traditions and Slonimsky’s own “I” are not mutually exclusive. But to the unity of these two opposites, a third one is added – the ability to reliably create in the musical styles of different times and peoples, whether it is a Russian village of pre-revolutionary times in the opera Virineya (1967, based on the story by L. Seifullina) or old Scotland in the opera Mary Stuart (1980), which amazed even Scottish listeners with its depth of penetration. The same quality of authenticity lies in his “ancient” compositions: the ballet “Icarus” (1971); vocal pieces “Song of Songs” (1975), “Farewell to a Friend in the Desert” (1966), “Monologues” (1967); opera The Master and Margarita (1972, New Testament Scenes). At the same time, the author stylizes antiquity, combining the musical principles of folklore, the latest compositional techniques of the XNUMXth century. with its own personality. “Slonimsky, apparently, has that special gift that distinguishes one composer from many: the ability to speak various musical languages, and at the same time the stamp of a personal quality that lies on his works,” the American critic believes.

The author of many works, Slonimsky is unpredictable in each new one. Following the cantata “Songs of the Freemen” (1959, on folk texts), in which the amazing implementation of Russian folklore made it possible to speak of Slonimsky as one of the inspirers of the “new folklore wave”, the Solo Violin Sonata appeared – an opus of the utmost modern expression and complexity. After the chamber opera The Master and Margarita, the Concerto for three electric guitars, solo instruments and a symphony orchestra (1973) appeared – the most original synthesis of two genres and forms of musical thinking: rock and symphony. Such an amplitude and a sharp change in the figurative and plot interests of the composer at first shocked many, not making it clear: what is the real Slonimsky? “…Sometimes, after the next new work, his fans become his “deniers”, and these latter become fans. Only one thing remains constant: his music always arouses the interest of listeners, they think about it and argue about it. Gradually, the inseparable unity of Slonimsky’s different styles was revealed, for example, the ability to give even dodecaphony the features of folklore melos. It turned out that such ultra-innovative techniques as the use of an untempered system (third- and quarter-tone intonations), free improvisational rhythms without calms, are characteristic of folklore. And a careful study of his harmony revealed how the author peculiarly uses the principles of ancient harmony and folk polyphony, of course, along with an arsenal of means of romantic and modern harmony. That is why in each of his nine symphonies he created certain musical dramas, often interconnected by images – carriers of the main ideas, personifying different manifestations and forms of good and evil. Just as brightly, richly, symphonically, the plots of all four of his musical stage compositions – a ballet and three operas – are revealed precisely in music. This is one of the main reasons for the continuous interest of performers and listeners in Slonimsky’s music, which is widely heard in the USSR and abroad.

Born in 1932 in Leningrad, in the family of the prominent Soviet writer M. Slonimsky, the future composer inherited the spiritual traditions of the Russian democratic creative intelligentsia. From early childhood, he remembers his father’s close friends: E. Schwartz, M. Zoshchenko, K. Fedin, stories about M. Gorky, A. Grin, the atmosphere of a tense, difficult, dramatic writer’s life. All this quickly expanded the inner world of the child, taught to look at the world through the eyes of a writer, an artist. Acute observation, analyticity, clarity in assessing phenomena, people, actions – gradually developed dramatic thinking in him.

Slonimsky’s musical education began in the pre-war years in Leningrad, continued during the war in Perm and in Moscow, at the Central Music School; ended in Leningrad – at a ten-year school, at the conservatory at the faculties of composition (1955) and piano (1958), and finally, in graduate school – in music theory (1958). Among the teachers of Slonimsky are B. Arapov, I. Sherman, V. Shebalin, O. Messner, O. Evlakhov (composition). The inclination towards improvisation, love for musical theater, passion for S. Prokofiev, D. Shostakovich, M. Mussorgsky, manifested from childhood, largely determined the creative image of the future composer. Having heard plenty of classical operas during the war years in Perm, where the Kirov Theater was evacuated, young Slonimsky improvised entire opera scenes, composed plays and sonatas. And, probably, he was proud in his soul, although he was upset that such a musician as A. Pazovsky, then the chief conductor of the theater, did not believe that ten-year-old Sergei Slonimsky wrote a romance to Lermontov’s verses himself.

In 1943, Slonimsky bought in one of the Moscow haberdashery shops the clavier of the opera Lady Macbeth of the Mtsensk District – the forbidden work by Shostakovich was scrapped. The opera was memorized and the breaks at the Central Music School were announced as a “Spanking Scene” under the bewildered and disapproving glances of the teachers. Slonimsky’s musical outlook grew rapidly, world music was absorbed genre by genre, style by style. All the more terrible for the young musician was 1948, which narrowed the world of modern music to a cramped space limited by walls of “formalism”. Like all musicians of this generation who studied at the conservatories after 1948, he was brought up only on the classical heritage. Only after the XNUMXth Congress of the CPSU did a deep and unprejudiced study of the musical culture of the XNUMXth century begin. Composer youth of Leningrad, Moscow intensively made up for the lost time. Together with L. Prigogine, E. Denisov, A. Schnittke. S. Gubaidulina, they learned from each other.

At the same time, Russian folklore became the most important school for Slonimsky. Many folklore expeditions – “a whole folklore conservatory,” in the words of the author – were held in comprehension not only of the song, but also of the folk character, the way of the Russian village. However, the principled artistic position of Slonimsky required a sensitive listening to modern urban folklore. So intonations of tourist and bard songs of the 60s organically entered into his music. The cantata “Voice from the Chorus” (on A. Blok’s st., 1964) is the first attempt to combine distant styles into a single artistic whole, later defined by A. Schnittke as “polystylistics”.

Modern artistic thinking was formed by Slonimsky from childhood. But the late 50s and early 60s were especially important. Communicating a lot with Leningrad poets E. Rein, G. Gerbovsky, I. Brodsky, with actors M. Kozakov, S. Yursky, with Leninist V. Loginov, film director G. Poloka, Slonimsky grew up in a constellation of bright talents. It perfectly combines maturity and mischief, modesty, reaching scrupulousness, and courage, an active life position. His sharp, honest speeches are always conclusive, supported by a sense of justice and great erudition. The humor of Sergei Slonimsky is prickly, precise, sticking like a well-aimed folk phrase.

Slonimsky is not only a composer and pianist. He is a brilliant, most artistic improviser, a major musicologist (the author of the book “Symphony by S. Prokofiev”, articles about R. Schumann, G. Mahler, I. Stravinsky, D. Shostakovich, M. Mussorgsky, N. Rimsky-Korsakov, M. Balakirev, sharp and polemical speeches on contemporary musical creativity). He is also a teacher – a professor at the Leningrad Conservatory, in fact, the creator of an entire school. Among his students: V. Kobekin, A. Zatin, A. Mrevlov – in total more than 30 members of the Union of Composers, including musicologists. A musical and public figure who cares about perpetuating the memory and performing undeservedly forgotten works by M. Mussorgsky, V. Shcherbachev, even R. Schumann, Slonimsky is one of the most authoritative contemporary Soviet musicians. 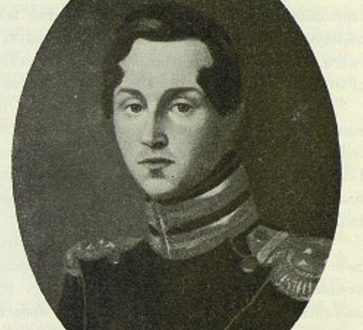 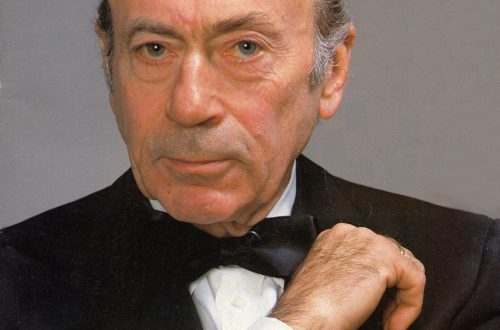 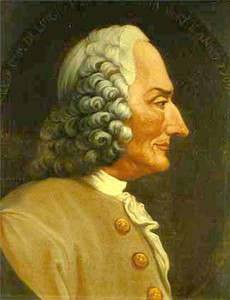