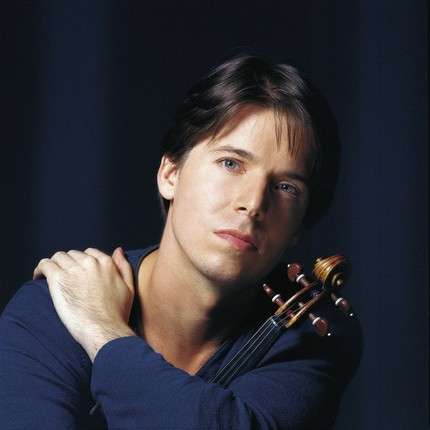 For more than two decades, Joshua Bell has captivated audiences around the world with breathtaking virtuosity and rare beauty of sound. The violinist was born December 9, 1967 in Bloomington, Indiana. As a child, he had many interests besides music, including computer games, sports. At the age of 10, having no special training, he performed at the US National Junior Tennis Championship and is still passionate about this sport. He received his first violin lessons at the age of 4, when his parents, psychologists by profession, noticed that he was extracting melodies from a rubber band stretched around the chest of drawers. At the age of 12, he was already seriously studying the violin, largely due to the influence of the famous violinist and teacher Joseph Gingold, who became his favorite teacher and mentor.

At the age of 14, Joshua Bell attracted attention to his person in his homeland, having received the highest recognition after his debut with the Philadelphia Orchestra conducted by Riccardo Muti. Followed then debut in Carnegie Hall, numerous prestigious awards and contracts with record companies confirmed his importance in the music world. Bell graduated from Indiana University as a violinist in 1989 and was awarded the university’s Distinguished Alumni Service Award two years later. As the recipient of the Avery Fisher Career Grant (2007), he has been named a “Living Legend of Indiana” and received the Indiana Governor’s Lifetime Achievement Award.

Today, Joshua Bell is equally known and revered as a soloist, chamber musician and orchestral performer. Thanks to his relentless pursuit of excellence and his many and varied musical interests, he opens up ever new directions in his work, for which he was awarded the rare title of “Academic Music Superstar”. “Bell is dazzling,” wrote Gramophone magazine about him. Bell is a Sony Classical exclusive artist. He continues to acquaint the audience with classical and contemporary music. His first CD of sonatas by French composers, which is at the same time the first collaboration with Jeremy Denk, will be released in 2011. The violinist’s recent releases include the CD At Home With Friends featuring Chris Botti, Sting, Josh Groban, Regina Spector, Tiempo Libre and more, The Defiance soundtrack, Vivaldi’s The Four Seasons, Concerto for Tchaikovsky’s violins with the Berlin Philharmonic, “The Red Violin Concerto” (works by G. Corellano), “The Essential Joshua Bell”, “Voice of the Violin” and “Romance of the Violin”, named the classic disc of 2004 (the performer himself was named artist of the year).

Since his first recording at the age of 18, Bell has made a number of critically acclaimed recordings: concertos by Beethoven and Mendelssohn with his own cadenzas, Sibelius and Goldmark, Nicholas Moe’s concerto (this recording won a Grammy). His Grammy-nominated recording of Gershwin Fantasy is a new work for violin and orchestra based on themes from George Gershwin’s Porgy and Bess. This success was followed by a Grammy nomination for a CD by Leonard Bernstein, which included the premiere of The Suite from West Side Story and a new recording of Serenade. Together with the composer and double-bass virtuoso Edgar Meyer, Bell was nominated for a Grammy with the crossover disc Short Trip Home and with a disc of works by Meyer and the XNUMXth-century composer Giovanni Bottesini. Bell also collaborated with trumpeter Wynton Marsalis on the children’s album Listen to the Storyteller and with banjo player White Fleck on Perpetual Motion (both Grammy-winning albums). Twice he was nominated for a Grammy by a vote of viewers who chose his CDs Short Trip Home and West Side Story Suite.

Bell has performed premieres of works by Nicholas Moe, John Corigliano, Aaron Jay Kearnis, Edgar Meyer, Jay Greenberg, Behzad Ranjbaran. Joshua Bell is a recipient of the American Academy of Achievement Award for exceptional contributions to the arts (2008), the Education Through Music Award for instilling a love of classical music in underprivileged young people (2009). He received a Humanitarian Award from Seton Hall University (2010). Along with over 35 recorded CDs and movie soundtracks, such as The Red Violin, which won the Oscar for best soundtrack, Ladies in Lavender, Iris ) with music by James Horner, also won an Oscar – Bell himself starred in the film “Music of the Heart” (“Music of the Heart”) with the participation of Meryl Streep. Millions of people also saw him on The Tonight Show, hosted by Tavis Smiley and Charlie Rose, and on the CBS Sunday Morning. He repeatedly participated in various ceremonies, talk shows, television programs for adults and children (for example, Sesame Street), significant concerts (in particular, in honor of Memorial Day). He was one of the first academic musicians to have a video performance shown on the music channel VH1, and one of the characters in the BBC documentary series Omnibus. Publications about Joshua Bell constantly appear on the pages of major publications: The New York Times, Newsweek, Gramophone, USA Today.

In 2005, he was inducted into the Hollywood Hall of Fame. In 2009, he played at the Ford Theater in Washington in front of President Barack Obama, after which, at the invitation of the presidential couple, he performed at the White House. In 2010, Joshua Bell was named US Instrumentalist of the Year. Highlights from the 2010-2011 season include performances with the New York Philharmonic, Philadelphia, San Francisco, Houston and St. Louis Symphony Orchestras. 2010 ended with chamber performances with Steven Isserlis in Frankfurt, Amsterdam and Wigmore Hall in London and a tour of Italy, France and Germany with the Chamber Orchestra of Europe.

2011 began with performances with the Orchestra “Concertgebouw” in the Netherlands and Spain, followed by a solo tour in Canada, the USA and Europe, with concerts in Wigmore Hall, Lincoln Center in new york and Symphony Hall in Boston. Joshua Bell performs again with Stephen Isserlis on tour in Europe and Istanbul with the orchestra of the Academy of St. Martin in the Fields. In the spring of 2011, the violinist gave a series of concerts in Moscow and St. Petersburg, and in the first ten days of June he took part in the Russian tour of the Monte Carlo Philharmonic Orchestra in the same cities as a soloist. Joshua Bell plays a 1713 Stradivari “Gibson ex Huberman” violin and uses a late XNUMXth century French bow by François Tourte. 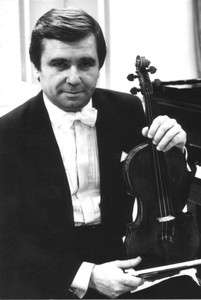 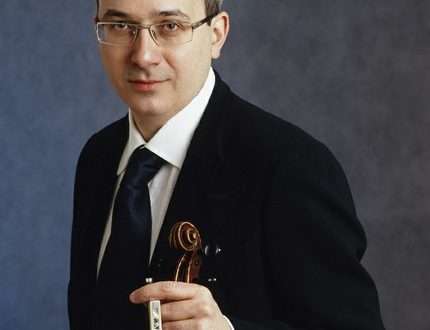 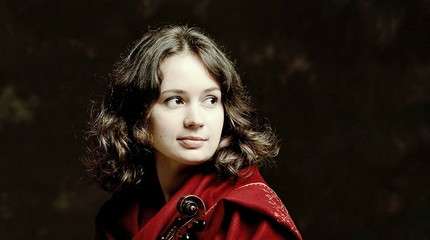