This article is about how to learn how to put a barre if you can’t clamp the strings and take a full-sounding barre chord on the guitar. One of the most difficult tricks on the six-string guitar is the technique of setting barre chords. The index finger, when playing the barre, is pressed parallel to the fret and simultaneously clamps from two to six strings on the guitar neck. There is a small barre, in which the index finger pinches two to four chord strings, and a large barre, where five or six strings are pinched at the same time. Roman numerals, placed above the written or schematically depicted chords, indicate the fret number on which the barre technique is performed. Thanks to the reception of the barre and the fourth system of the instrument on a six-string guitar, you can take six-sounding chords almost all over the fretboard while playing in all keys. This is why the six-string guitar is so popular all over the world.

How to play barre chords on guitar

To start mastering the barre technique, the following conditions are necessary to achieve a positive result:

The body of the guitar should be vertical to the floor. Setting the barre with the right fit is much easier. The correct seating for a guitarist is shown in the article Guitar Picking for Beginners. The left hand when performing the barre technique should not be bent at the wrist, thereby causing unnecessary tension in the hand. The photo shows the allowable bend of the wrist of the left hand. Nylon strings are desirable, when clamping them there is no pain and a faster achievement of the result of setting the barre. 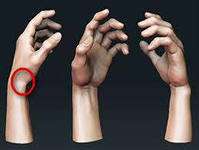 The strings should be pressed as close to the metal fret as possible. The photo shows the left hand of the outstanding Spanish guitar virtuoso Paco de Lucia. Pay attention – the index finger presses the chord strings almost on the fret. In this place, it is easiest to clamp the strings to perform the barre technique. 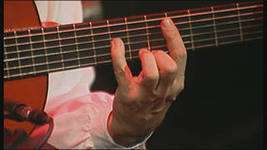 The index finger of the left hand, which pinches the strings when receiving the barre, presses them flat, while the remaining three fingers remain definitely free to be able to set the chord. If you take the barre with the edge of your finger, then the other three fingers simply will not be able to gain that certain freedom that is so necessary. 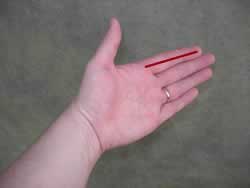 In order to correctly take barre chords on the guitar in the photo, the red line indicates the place of the index finger with which the frets should be clamped. At the same time, it should be noted that if you put the barre with the edge of your finger, some strings do not sound due to the configuration (shape) of the index finger. I myself, starting to learn the barre technique, really thought that it was impossible to put the barre just because I had an uneven (crooked) index finger and I pressed it with a frantic effort in the middle of the fret, not realizing that I had to turn my palm a little and press the finger flat almost on the metal nut itself (frets).

When clamping the barre, make sure that the tip of the index finger only slightly protrudes from the edge of the neck. He should press all the strings tightly, while the thumb on the back of the neck is somewhere at the level of the second finger, pressing against and, as it were, creating a counterbalance to the index finger. 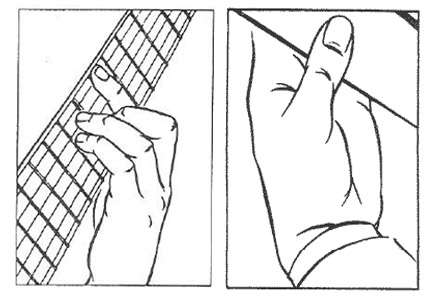 Try placing your index finger while holding the barre and look for a position where all the strings are sounded. When putting barre chords, try not to bend the phalanges of the second, third and fourth fingers and, like hammers, clamp the strings on the guitar neck. 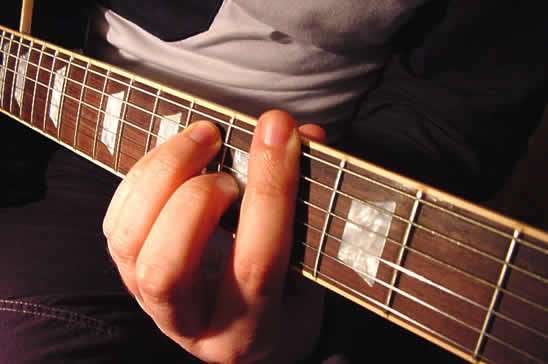 Don’t expect everything to work out quickly. To achieve the result, you will have to practice, looking for a stable performance and a full feeling of neck contact and a comfortable finger position. Do not try too hard and do not be zealous, if the left hand begins to get tired, give it a rest – lower it down and shake it, or even just put the instrument aside for a while. Everything takes time, but if you connect your head to training, the process will speed up many times over. Play Am FE Am| Am FE Am|, when the barre is not constantly clamped, the hand does not have time to get too tired and the palm does not lose its elasticity in the process of playing chords. Good luck in mastering the barre and further success! 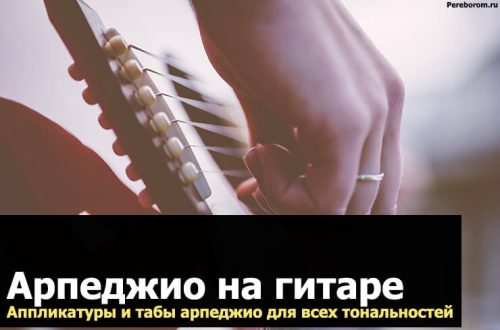 Arpeggio on the guitar. Fingerings and tabs of chord arpeggios for all keys