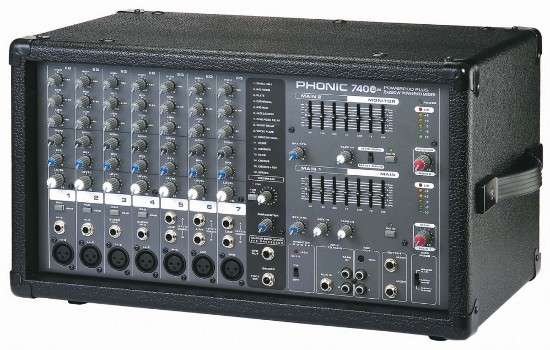 The amplifier is one of the most important elements of the sound system. It has many parameters that we should necessarily follow when choosing the right solution. However, the choice of a specific model is not obvious, which is additionally hindered by the extensive audio equipment market. What is worth paying attention to? About it below.

There is one thing I must mention at the very beginning. First, we buy loudspeakers and then we choose appropriate amplifiers for them, never the other way around. The parameters of the loudspeaker with which the amplifier is to work are of key importance.

The concept of an amplifier is most often associated with home audio equipment. On stage, such a device is called a powermixer, the name comes from the combination of both elements.

In stage technology, we occasionally use a device of this type because it is impractical, and since we prefer the above-mentioned mixer as a preamplifier to have everything at hand, we are forced to buy the amplifying element only because the signal needs to be amplified somehow.

Such a device, unlike an amplifier, usually has only a signal input, a power switch and loudspeaker outputs, it does not have a preamplifier. We can even recognize a given piece of equipment by its construction, as there is a clear difference in the number of elements used to adjust various parameters.

How to choose a power amplifier?

I mentioned above that it is not an easy task. We should be guided to a large extent by the parameters of the loudspeaker with which the given “end” of the power will work. We choose the equipment so that the output power of the amplifier (RMS) is equal to the loudspeaker power or a little higher, never lower.

The truth is that it is easier to damage a loudspeaker with a weak power amplifier than with a too strong one. This is because by playing to the full capabilities of our equipment, we can distort the sound, because the loudspeaker will not be able to fully reproduce the sound of a given piece due to insufficient power provided by the amplifying element. The loudspeaker wants “more and more” and our power amplifier cannot provide it. Another factor that has a negative impact on the watts shortage is the high amplitude of the diaphragm deflection.

Also pay attention to the minimum impedance with which the device can work. What if you buy a power amplifier that works with a minimum output impedance of 8 ohms and then buy 4 ohms loudspeakers? The set cannot be compatible with each other, because the amplifier would not work according to the manufacturer’s recommendations and would be quickly damaged.

Therefore, first the loudspeakers, then, according to their parameters, a power amplifier with appropriate power and minimum output impedance to be able to work with the purchased loudspeakers.

Does the brand matter? Yes of course. For starters, if you don’t have too much money, I recommend buying a domestic product, our production. It is true that the appearance and the power-to-weight ratio are not encouraging, but it’s a really good choice.

Construction is also very important. Due to the constant wearing, transport and use in various conditions, the stage power amplifiers must have durable housings, made of at least two millimeter sheet metal.

Next in line is the clip indicator, the “clip” LED. Technically speaking, it signals overdrive, i.e. exceeding the rated output power. It manifests itself in colloquially speaking with crackle. This condition is dangerous for tweeters that do not like distorted signals very much and are easily damaged, not to mention the sound quality of the distorted amplifier.

The basic parameter is the power of the amplifier – it is a numerically changed value at the rated load impedance. This power should be presented as RMS power, because it is the continuous power that the power amplifier can give off during long work. We do not take into account other types of power, such as musical power.

The frequency response is also an important parameter. It determines the minimum and maximum frequency of the signal at the amplifier’s output. Necessarily given with a decrease in signal amplitude. A good product has this parameter at the frequency level of 20 Hz -25 kHz. Remember that we are interested in the “power” bandwidth, that is, at equivalent load equal to the rated load, with the maximum undistorted amplitude of the output signal.

Distortions – in our case, we are interested in a value not exceeding 0,1%.

If you have read the entire article carefully, do not forget about the rated impedance of the amplifier as well. The higher the class of the power amplifier, the better it is adapted to work with a lower impedance.

Remember, a good product must weigh its own, why? Well, because the heaviest elements of the amplifier’s construction are the elements that determine its most important parameters. These are: a transformer (50-60% of the total weight), electrolytic capacitors and heat sinks. At the same time, they are (apart from the heat sink) one of the more expensive components.

This does not apply to class “D” amplifiers based on switched mode power supplies. Due to the lack of a transformer, these tips are very light, but still much more expensive.

The above article contains a lot of simplifications and it is intended for beginners, so I tried to explain all the concepts as simply as possible. I am sure that after reading the entire text carefully you will have no problems with choosing the right equipment. Remember to use common sense when buying, as a good choice will result in many successful events and no failure in the future.

Altus 380w speakers what output power should the amplifier be, or 180w per channel is enough? Thank you for your response 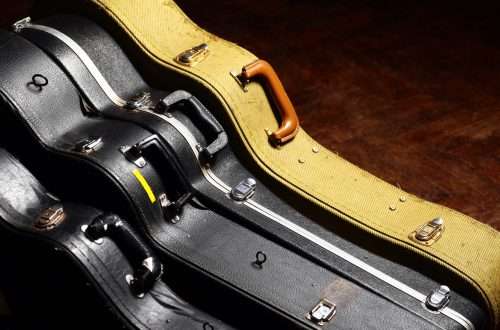 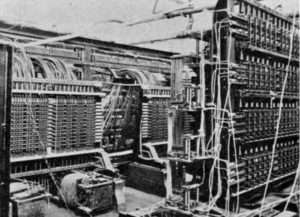 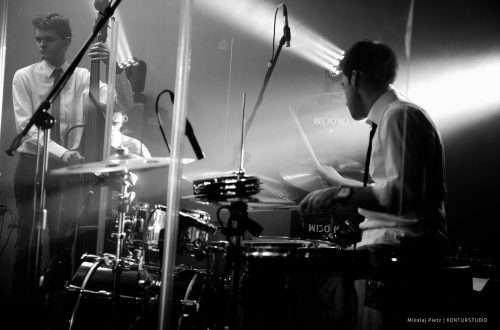