Often you need an acoustic sound. What to do to have an acoustic guitar at the same time and to amplify it at concerts without any problems? It’s easy. The solution is electro-acoustic guitars, i.e. acoustic guitars with built-in electronics that transmit the signal to the amplifier. Thanks to this, the acoustic characteristics are preserved, and for us to be heard even at a loud concert, it is enough to connect the guitar to the amplifier (or even to the audio interface, powermixer or mixer).

A very important aspect of an electro-acoustic guitar is its construction. There are many factors that go into the overall sound characteristics.

Let’s look at the size of the body first. The large bodies put more pressure on the low frequency and make the instrument louder overall. Small bodies, on the other hand, make the sound last longer (greater sustain), and also improve the guitar’s response speed.

You should also decide if you need a cutaway. It gives much better access to high notes on the last frets. However, guitars without indentation have a deeper timbre and are louder when played without the use of electronics.

Electro-acoustic guitars can be solid wood or laminated. Solid wood transfers sounds better, so the guitar resonates better. However, laminate guitars are cheaper. A great compromise between good resonance and price are acoustic guitars with a solid wood “top”, but with a laminated back and sides, because the “top” has the greatest impact on the sound.

It is worth taking a closer look at the different types of wood as they have a great influence on the sound of the guitar. I will discuss the ones that are most often used in the bodies of electro-acoustic guitars.

The stiffness and lightness of this wood make the sound reflected from it very “direct”. The sound also retains its clarity even when the strings are plucked strongly.

Mahogany provides a deep, punchy sound, emphasizing mainly the low but also the mid frequencies. It also adds many higher harmonics to the basic sound.

Rosewood produces a lot of higher harmonics. It has a very pronounced bottom end, which results in an overall dark but rich sound.

Maple, on the other hand, has a very strong marked top. His pits are very hard. Maple wood has a very positive effect on the sustain of a guitar.

Cedar is much more sensitive to soft playing, which is why fingerstyle guitarists especially like it. It has a round sound.

Fender CD140 entirely made of mahogany

The method of picking up sound from a guitar depends on the electronics used in it.

Piezoelectric transducers (piezo for short) are very popular. Their use is the most common method of amplifying the sound of electro-acoustic guitars. Thanks to this, the sound of electro-acoustic guitars with piezo pickups is exactly what we expect it to be. Characteristic for them is “quacking”, which is an advantage for some, and a disadvantage for others. They have a quick attack. They are not visible from the outside of the guitar, as they are most often placed under the bridge saddle. Sometimes they can be on the surface of the guitar. Then, however, they lose their characteristic “quack” and are more susceptible to feedback than the piezo placed under the bridge saddle.

Magnetic converters in appearance, they resemble those used in electric guitars. They have a slower and more gentle attack and a long sustain. They transmit low frequencies very well. They are not very susceptible to feedback. However, they tend to over-color the sound with their own characteristics.

Often the transducers, in addition to being piezoelectric or magnetic, are still active. They usually require a 9V battery. Thanks to them, we obtain the possibility of correcting the sound of the guitar thanks to the knobs placed most often on the side of the body. You can also find a tuner built into the guitar, which allows you to fine tune the guitar even in noisy conditions thanks to the presence of pickups. 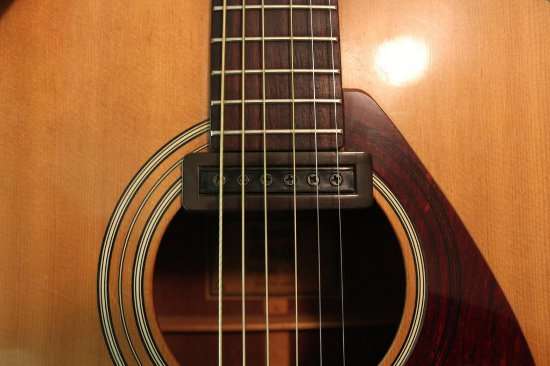 The transducer is mounted on the soundhole

The right choice of guitar will allow us to achieve the desired sound. Many aspects affect the sound, but it makes the guitars different from each other. Proper understanding of all the components will allow you to buy a guitar with the sonic characteristics you dream about.

A very good article. I have a few classical guitars from recognized manufacturers but from a lower price range. I set each guitar on the bridge and saddle according to personal preferences. I mostly play the finger technique. But recently I wanted acoustics and I will buy it. The descriptions of the guitars in muzyczny.pl are cool, the only thing missing is the sound, such as in thoman. But this is not a problem as you can listen to how every guitar sounds on the yutuba. And as for the purchase of a new guitar – it will be all mahogany and of course the musical .pl. I greet all guitar enthusiasts – whatever it is. 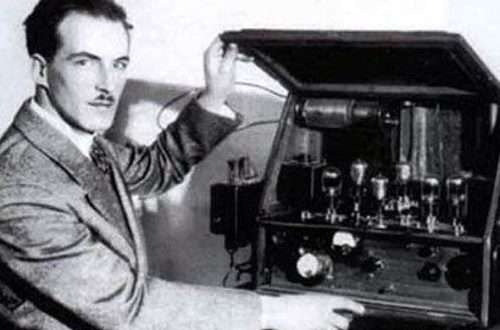 History of the theremin 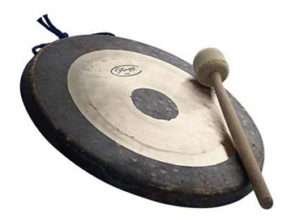 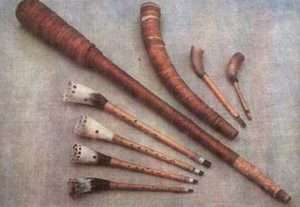