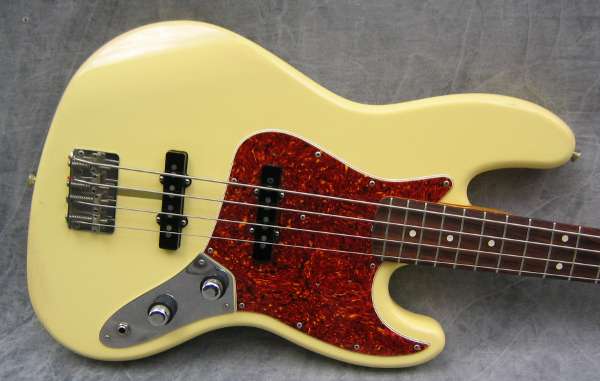 The model of the chosen instrument will allow you to get the right sound, which is very important for every bass player. The right end result depends on the choice of instrument, so you should carefully consider each aspect of your bass guitar construction.

An example of a solid body 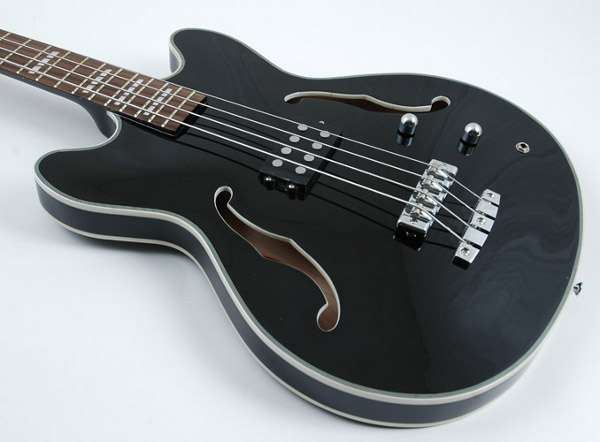 An example of a semi hollow body 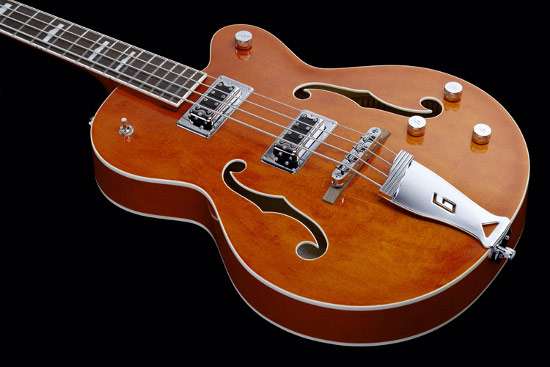 An example of a hollow body

The shape of the bodies in a solid body does not significantly affect the sound, but it transfers the center of gravity of the instrument and affects the visual aspect of the bass.

The wood the body is made of influences the sound of the bass. Alder has the most balanced sound in which none of the strands stand out. Ash has a hard bass and midrange sound and a prominent treble. The maple sound is even harder and brighter. Lime increases the share of the middle lane. The poplar does the same, while slightly increasing the pressure on the bottom end. Mahogany distinguishes the bottom and midrange. Maple tops are sometimes used on mahogany to brighten its sound while keeping the bass and midrange stand out. Aghatis has a similar sound to mahogany.

Do not be confused about the sound of the bass guitar. Not always more emphasis on low tones means a better end result. With too much emphasis on low frequencies, the selectivity and audibility of the instrument are reduced. The human ear is designed to hear medium and high frequencies better than low frequencies. An over-bassed bass sound can make the instrument inaudible in the band, and the bass will only be felt by producing an enormous amount of bass. That is why very often bass guitars with a mahogany body have humbuckers that emphasize the midrange so that the instrument is heard in any situation, but more on that later. In addition, high notes are extremely important when using the klang technique.

The wood of the fingerboard, i.e. rosewood or maple, has very little effect on the sound. The maple is a bit lighter. There are also basses with an ebony fingerboard. Ebony is considered an exclusive wood. 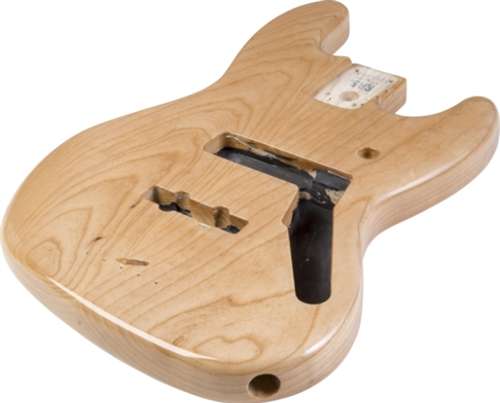 Jazz Bass body made of ash

Length of the measure

The standard is 34 ”. This is the right length for all bass players except those with really small hands. A scale greater than 34 “is very useful when tuning the bass lower than the standard tuning or when you have an additional B string (the thickest string in five-string basses is thicker and produces lower sound than the thickest string in four-string basses). An even longer scale gives a better sustain to this string. Even 1 inch can make a big difference. There are also basses with a shorter scale, usually 30 “and 32”. Thanks to the shorter scale, the thresholds are closer to each other. The basses, however, lose their decay length. Their tone is also different, they are especially recommended for fans of older sounds (50s and 60s).

The basses are usually four-string. It is an internationally recognized standard. However, if the lowest note in a four-string bass guitar is not enough, it’s worth getting a five-string guitar that can deliver even lower notes without retuning. The disadvantage of this solution is generally more difficult playing (you have to watch more strings at once so that they don’t sound when you don’t want them) and a wider, less comfortable neck. The XNUMX-string basses are for those who, in addition to extending the sound spectrum downwards, also need more sounds at the top. Perfect for those who use the bass guitar as a lead instrument. The fretboard in the six-string basses is already very wide. The eight-string versions seem to have the same spectrum as the four-string versions, but each string on the four-string bass corresponds to a string that sounds an octave higher and is pressed simultaneously with the lower-sounding string. Thanks to this, the bass acquires a very wide, unusual sound. However, playing such an instrument requires practice. 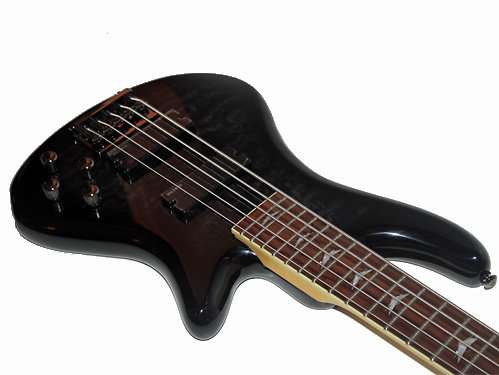 Converters are divided into active and passive. Active ones must be specially powered (usually by a 9V battery). Thanks to them, bass – mid – high sound correction may be available on the bass guitar. They produce a sterile sound that does not lose volume regardless of the delicate or aggressive style of playing. Such a feature is high compression. Passives do not need to be specially powered, the control of their sound is limited to the tone knob, which dims and brightens the sound. Soft playing is less audible, while aggressive playing is heard much loud than soft. These pickups therefore have lower compression. The feature called compression depends on taste. In some musical genres, such as modern pop or metal, there is a need for a constant source of low frequencies of equal volume. In genres considered senior, loudness nuances are often welcome. However, this is not a rule, it all depends on the final effect we want to achieve.

Otherwise, the pickups can be divided into: singles, humbuckers and precision. Precision is technically two singles permanently chained together with two strings each that produce a fleshy sound with plenty of bottom end. Two singles (like in Jazz Bass guitars) produce a sound with a slightly smaller bottom end, but with more midrange and treble. Humbuckers strengthen the midrange a lot. Thanks to this, bass guitars with humbuckers will easily break through very distorted electric guitars used in extreme types of metal. A slightly different type are the active humbuckers mounted in MusicMan guitars. They have a prominent hill. They sound similar to the Jazz singles, but even brighter. Thanks to that, they are often used for the clang technique. All types of pickups are so well-developed that, regardless of the choice, each of them will be suitable for all musical genres. The difference will be the final effect in the wording, which is a subjective matter 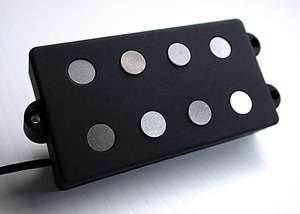 The right choice of bass guitar will allow you to enjoy its sound for a long time. I hope that thanks to these tips you will buy the right equipment that will make your musical dreams come true.

In the part about the transducers, I would like to read the influence of the type of the core: alnico vs ceramic

Very interesting article, but I did not find a word about the so-called monoliths carved from one piece of wood … Can I have a supplement?

Great article, very helpful for people who don’t know anything about it (eg me: D) Regards 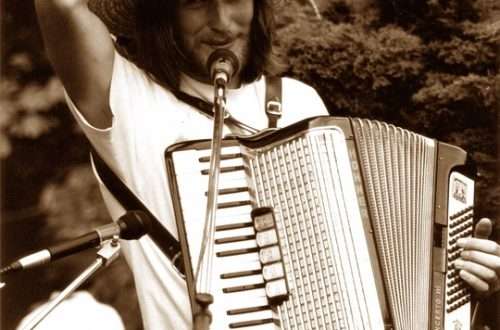 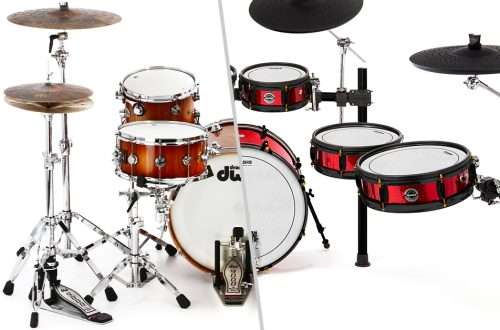 Which acoustic drums should I choose? 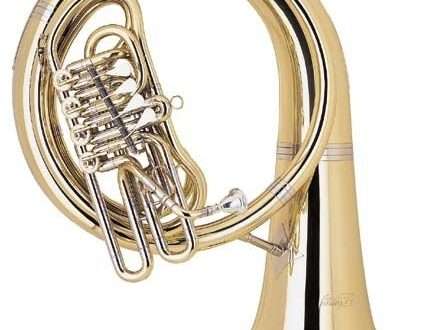