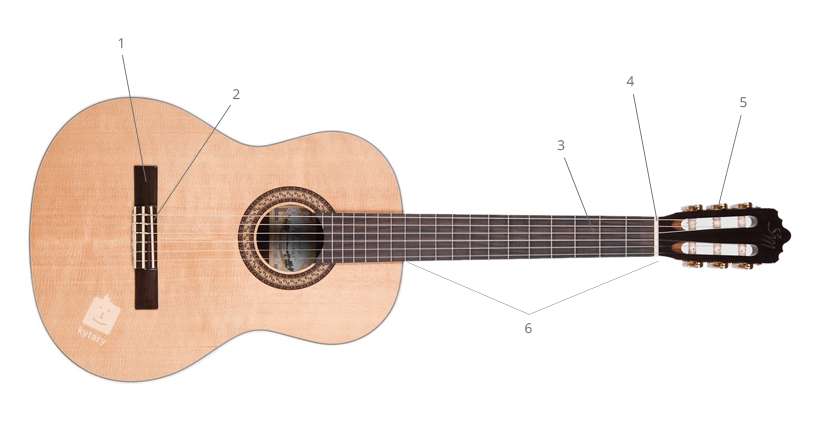 Classical guitars are… classical as the name suggests. They do not sound very different from each other, because all classical guitars strive to sound classic. The tops of the bodies are most often made of spruce, which has a clear sound, or less often of cedar with a more round sound. Very often the sides of classical guitars are made of exotic wood, i.e. mahogany or rosewood, which is designed to diversify the sound by emphasizing the bands slightly marked by the wood of the top of the body and reflecting the sound entering the sound box to an appropriate degree, because they belong to the harder types of wood. (however, rosewood is harder than mahogany). As for the fingerboard, it is often a maple for its aesthetic appeal and hardness. Ebony can happen sometimes, especially on more expensive guitars. Ebony wood is considered exclusive. However, the type of wood in the fingerboard affects the sound very little.

Top of the corpus In the case of cheaper classical guitars, it is not the type of wood that is very important, but the quality of the wood. The top and sides can be made of solid wood or they can be laminated. Solid wood sounds better than laminated wood. Instruments made entirely of solid wood have their price, but thanks to the quality of the wood, they produce a beautiful sound, while fully laminated guitars are much cheaper, but their sound is worse, although today a lot has improved in this regard. It’s worth taking a look at guitars that have a solid top and laminated sides. They shouldn’t be that expensive. The top contributes more to the sound than the sides, so look for guitars with this structure. This should be borne in mind because solid wood begins to sound better as it ages. Laminated wood does not have such properties, it will sound the same all the time.

Rodriguez guitar made of solid wood

keys It is also worth checking what the guitar keys are made of. It is often a cheaper metal alloy. A proven metal alloy is, for example, brass. However, this is not a big problem as the keys on the guitar are easily replaceable.

Size As with acoustic guitars, classical guitars come in a variety of sizes. The relationship looks like this: bigger box – longer sustain and more complex timbre, smaller box – faster attack and higher volume. In addition, there are flamenco guitars that are smaller and indeed the sound of such guitars has a faster attack and is louder, but they also have a special cover that protects the guitar from the side effects of playing quite an aggressive flamenco technique. Sometimes there are classic guitars with a cutaway, allowing you to reach the highest frets more easily. This is very useful if you want to use the classical guitar for somewhat less classical use.

Electronics Classical guitars can come in versions with and without electronics. Due to the use of nylon strings, it is not possible to use magnetic pickups similar to those commonly used on electric guitars and sometimes on acoustic guitars. The most commonly used are piezoelectric pickups along with an active preamplifier built into the guitar, allowing low – mid – high correction. Often, electronics have classic guitars with an indent, because it eliminates its disadvantages, i.e. less sustain when the guitar is plugged into the amplifier. However, when playing live concerts or recording in a recording studio, classical guitars with electronics can be omitted. It is enough to use a good condenser microphone and connect it to a recording or amplifying device. However, it should be remembered that the guitar with electronics is more mobile and it is easier to hook it up at concerts, which is especially important with the multitude of equipment that the band or orchestra takes with them.

Summation Many factors contribute to the sound of a classical guitar. Knowing them will help you make the right choice. After the purchase, there is nothing else to do but to delve into the world of the guitar.

Of course. Some, especially the cheaper ones, have a maple fingerboard. Color may be confusing, because maple is naturally a light wood, which in this case becomes infrared. It is easy to distinguish stained maple from rosewood – the latter is more porous and a little lighter. 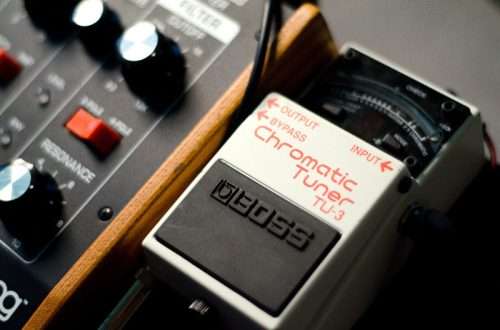 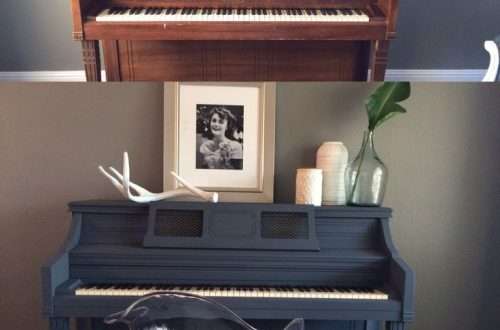 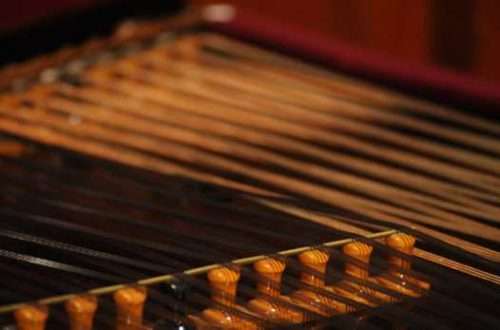