Type of melisms; melodic decoration, consisting of 2 rapidly alternating sounds, the main and upper auxiliary, located at a distance of a tone or semitone from the main sound. The duration of the trill is equal to the duration of the main sound. There are different execution forms T.: starting from the lower or upper auxiliary. sound and from the main sound (the most common form in the 20th century); the ending of T. is simple, without concluding. figures or with the help of auxiliary. sound, so-called. nakhshlag (German: Nachschlag), which is written in small notes at the end of T. On short sounds, T. can only be performed in the form of a double mordent or groupetto. In a dotted rhythm, T. cannot take the entire time of the main. sound, because it is necessary to preserve the nature of this rhythmic. drawing. 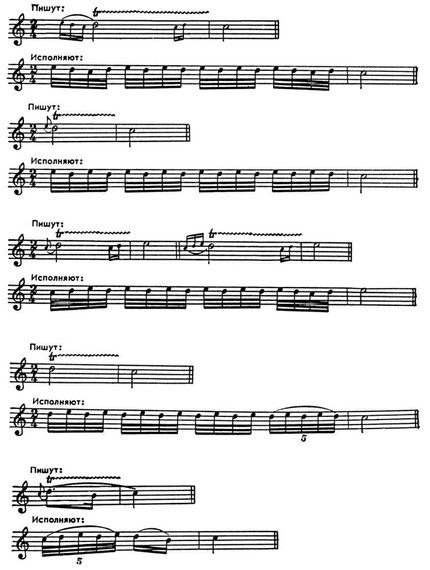