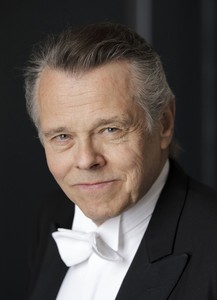 Maris Jansons rightfully ranks among the most outstanding conductors of our time. He was born in 1943 in Riga. Since 1956, he lived and studied in Leningrad, where his father, the famous conductor Arvid Jansons, was an assistant to Yevgeny Mravinsky in the Honored Collective of Russia Academic Symphony Orchestra of the Leningrad Philharmonic. Jansons Jr. studied violin, viola and piano at the secondary specialized music school at the Leningrad Conservatory. He graduated from the Leningrad Conservatory with honors in conducting under Professor Nikolai Rabinovich. Then he improved in Vienna with Hans Swarovski and in Salzburg with Herbert von Karajan. In 1971 he won the Herbert von Karajan Foundation Conducting Competition in West Berlin.

Maris Jansons rightfully ranks among the most outstanding conductors of our time. He was born in 1943 in Riga. Since 1956, he lived and studied in Leningrad, where his father, the famous conductor Arvid Jansons, was an assistant to Yevgeny Mravinsky in the Honored Collective of Russia Academic Symphony Orchestra of the Leningrad Philharmonic. Jansons Jr. studied violin, viola and piano at the secondary specialized music school at the Leningrad Conservatory. He graduated from the Leningrad Conservatory with honors in conducting under Professor Nikolai Rabinovich. Then he improved in Vienna with Hans Swarovski and in Salzburg with Herbert von Karajan. In 1971 he won the Herbert von Karajan Foundation Conducting Competition in West Berlin.

Like his father, Maris Jansons worked for many years with the ZKR ASO of the Leningrad Philharmonic: he was an assistant to the legendary Yevgeny Mravinsky, who had a great influence on his formation, then a guest conductor, regularly toured with this group. From 1971 to 2000 taught at the Leningrad (St. Petersburg) Conservatory.

In 1979–2000 the maestro served as chief conductor of the Oslo Philharmonic Orchestra and brought this orchestra among the best in Europe. In addition, he was Principal Guest Conductor of the London Philharmonic Orchestra (1992–1997) and Music Director of the Pittsburgh Symphony Orchestra (1997–2004). With these two orchestras, Jansons went on tour in the world’s largest musical capitals, performed at festivals in Salzburg, Lucerne, BBC Proms and other music forums.

The conductor has collaborated with all the world’s leading orchestras, including the Vienna, Berlin, New York and Israel Philharmonic, Chicago, Boston, London Symphony, Philadelphia, Zurich Tonhalle Orchestra, Dresden State Chapel. In 2016, he conducted the Moscow Philharmonic Orchestra at the anniversary evening of Alexander Tchaikovsky.

From 2004 to 2015, Jansons simultaneously served as principal conductor of the Royal Concertgebouw Orchestra in Amsterdam: the sixth in the orchestra’s 130-year history, after Willem Kees, Willem Mengelberg, Eduard van Beinum, Bernard Haitink and Riccardo Chailly. At the end of the contract, the Concertgebouw Orchestra appointed Jansons as its Laureate Conductor.

As Principal Conductor of the Bavarian Radio Orchestra, Jansons is constantly behind the console of this orchestra in Munich, cities in Germany and abroad. Wherever the maestro and his orchestra perform – in New York, London, Tokyo, Vienna, Berlin, Moscow, St. Petersburg, Amsterdam, Paris, Madrid, Zurich, Brussels, at the most prestigious festivals – everywhere they will receive an enthusiastic reception the highest marks in the press.

In the fall of 2005, the band from Bavaria made their first ever tour of Japan and China. The Japanese press marked these concerts as the “Best Concerts of the Season”. In 2007, Jansons conducted the Bavarian Radio Choir and Orchestra in a concert for Pope Benedict XVI in the Vatican. In 2006 and 2009 Maris Jansons gave several triumphant concerts at New York’s Carnegie Hall.

Conducted by the maestro, the Bavarian Radio Symphony Orchestra and Choir are annual residents of the Easter Festival in Lucerne.

No less triumphant were Jansons’ performances with the Royal Concertgebouw Orchestra around the world, including at festivals in Salzburg, Lucerne, Edinburgh, Berlin, Proms in London. Performances in Japan during the 2004 tour were named the “Best Concerts of the Season” by the Japanese press.

Maris Jansons pays considerable attention to working with young musicians. He conducted the Gustav Mahler Youth Orchestra on a European tour and worked with the orchestra of the Attersee Institute in Vienna, with whom he performed at the Salzburg Festival. In Munich, he constantly gives concerts with the youth teams of the Academy of the Bavarian Radio Symphony Orchestra.

Conductor – Artistic Director of the Contemporary Music Competition in London. He is an honorary doctor of music academies in Oslo (2003), Riga (2006) and the Royal Academy of Music in London (1999).

On January 1, 2006, Mariss Jansons conducted the traditional New Year’s Concert at the Vienna Philharmonic for the first time. This concert was broadcast by more than 60 TV companies, it was watched by more than 500 million viewers. The concert was recorded on CD and DVD by DeutscheGrammophon. The CD with this recording reached the status of “double platinum”, and the DVD – “gold”. Twice more, in 2012 and 2016. – Jansons conducted New Year’s concerts in Vienna. The releases of these concerts were also exceptionally successful.

Many of the conductor’s recordings are considered standard: for example, the cycle of works by Tchaikovsky, Mahler’s Fifth and Ninth Symphonies with the Oslo Philharmonic Orchestra, Mahler’s Sixth Symphony with the London Symphony.

The release of the complete collection of Shostakovich’s symphonies was released in 2006, on the occasion of the 100th anniversary of the composer. In the same year, this collection was awarded the “Prize of the Year” by German critics and Le Monde de la Musique, and in 2007 it was awarded “Record of the Year” and “Best Symphonic Recording” at MIDEM (International Music Fair in Cannes).

According to the ratings of the world’s leading music publications (French “Monde de la musique”, British “Gramophone”, Japanese “Record Geijutsu” and “Mostly Classic”, German “Focus”), orchestras led by Maris Jansons are certainly among the best bands on the planet. So, in 2008, according to a survey by the British Gramophone magazine, the Concertgebouw Orchestra took first place in the list of the 10 best orchestras in the world, the Bavarian Radio Orchestra – sixth. A year later, “Focus” in its ranking of the best orchestras in the world gave these teams the first two places.

Maris Jansons has been awarded many international prizes, orders, titles and other honorary awards from Germany, Latvia, France, the Netherlands, Austria, Norway and other countries. Among them: “Order of the Three Stars” – the highest award of the Republic of Latvia and “Great Music Award” – the highest award in Latvia in the field of music; “Order of Maximilian in the field of science and art” and the Order of Merit of Bavaria; prize “For services to the Bavarian radio”; Grand Cross of the Order of Merit for the Federal Republic of Germany with a Star for outstanding service to German culture (during the award, it was noted that as a conductor of the best orchestras in the world and thanks to the support of modern music and young talents, Maris Jansons belongs to the great artists of our time); the titles of “Commander of the Royal Norwegian Order of Merit”, “Commander of the Order of Arts and Letters” of France, “Knight of the Order of the Netherlands Lion”; European Conducting Award from the Pro Europa Foundation; prize “Baltic Stars” for the development and strengthening of humanitarian ties between the peoples of the Baltic region.

He has been named Conductor of the Year more than once (in 2004 by the Royal Philharmonic Society of London, in 2007 by the German Phono Academy), in 2011 by the Opernwelt magazine for his performance of Eugene Onegin with the Concertgebouw Orchestra ) and “Artist of the Year” (in 1996 EMI, in 2006 – MIDEM).

In January 2013, in honor of the 70th birthday of Maris Jansons, he was awarded the Ernst-von-Siemens-Musikpreis, one of the most significant awards in the field of musical art.

In November 2017, the outstanding conductor became the 104th recipient of the Gold Medal of the Royal Philharmonic Society. He joined the list of recipients of this award, including Dmitri Shostakovich, Igor Stravinsky, Sergei Rachmaninoff, Herbert von Karajan, Claudio Abbado and Bernard Haitink.

Maris Jansons – People’s Artist of Russia. In 2013, the conductor was awarded the Medal of Merit for St. Petersburg by the City Administration.

PS Maris Jansons died of acute heart failure at his home in St. Petersburg on the night of November 30 to December 1, 2019. 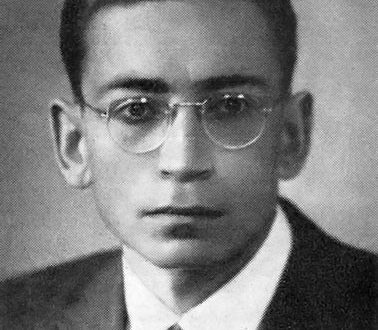 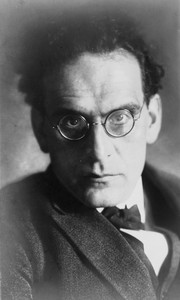 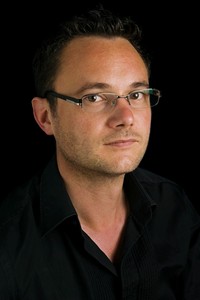