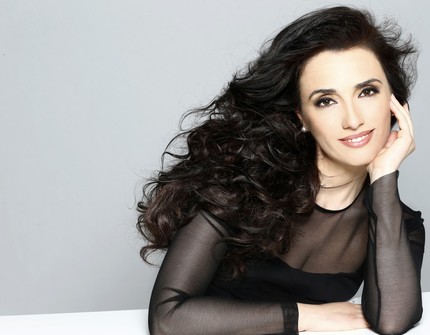 Ermonela Yaho began to receive singing lessons from the age of six. After graduating from the art school in Tirana, she won her first competition – and, again, in Tirana, at the age of 17, her professional debut took place as Violetta in Verdi’s La Traviata. At the age of 19, she moved to Italy to continue her studies at Rome’s National Academy of Santa Cecilia. After her graduation in vocal and piano, she won a number of important international vocal competitions – the Puccini Competition in Milan (1997), the Spontini Competition in Ancona (1998), the Zandonai Competition in Roveretto (1998). And in the future, the creative fate of the performer was more than successful and favorable.

Despite her youth, she has already managed to “get a creative residence permit” on the stages of many opera houses of the world, such as the Metropolitan Opera in New York, Covent Garden in London, the Berlin, Bavarian and Hamburg State Operas, the Theater Champs-Elysées” in Paris, “La Monnaie” in Brussels, Grand Theater of Geneva, “San Carlo” in Naples, “La Fenice” in Venice, Bologna Opera, Teatro Philharmonico in Verona, Verdi Theater in Trieste, Marseille Opera Houses , Lyon, Toulon, Avignon and Montpellier, the Capitole Theater in Toulouse, the Opera House of Lima (Peru) – and this list, obviously, can be continued for a long time. In the 2009/2010 season, the singer made her debut as Cio-chio-san in Puccini’s Madama Butterfly at the Philadelphia Opera (October 2009), after which she returned to the stage of the Avignon Opera as Juliet in Bellini’s Capuleti and Montecchi, and then she made her debut at the Finnish National Opera, which also became her debut as Marguerite in a new production of Gounod’s Faust. After a series of performances of Puccini’s La bohème (Mimi’s part) at the Berlin State Opera, she made her debut with the Montreal Symphony Orchestra with fragments from Madama Butterfly conducted by Kent Nagano. Last April, she made her debut as Cio-chio-san in Cologne, and then returned to Covent Garden as Violetta (important debuts for the singer in this role at Covent Garden and the Metropolitan Opera took place in the 2007/2008 season). Engagements this coming year include Turandot (Liu’s part) in San Diego, her debut as Louise Miller in Verdi’s opera of the same name at the Lyon Opera, as well as La Traviata at the Stuttgart Opera House and the Royal Swedish Opera. For a long-term creative perspective, engagements of the performer are planned at the Barcelona Liceu (Margarita in Gounod’s Faust) and at the Vienna State Opera (Violetta). The singer currently resides in New York and Ravenna.

In the early 2000s, Ermonela Jaho appeared at the Wexford Festival in Ireland in Massenet’s rare opera piece Sappho (part of Irene) and in Tchaikovsky’s Maid of Orleans (Agnesse Sorel). A curious engagement on the stage of the Bologna Opera was her participation in the production of Respighi’s rarely performed musical fairy tale The Sleeping Beauty. The singer’s track record also includes Monteverdi’s Coronation of Poppea, and, in addition to The Maid of Orleans, a number of other titles of the Russian operatic repertoire. These are two operas by Rimsky-Korsakov – “May Night” on the stage of the Bologna Opera under the baton of Vladimir Yurovsky (Mermaid) and “Sadko” on the stage of “La Fenice”, as well as a concert performance of Prokofiev’s “Maddalena” at the Rome National Academy “Santa Cecilia”. under the direction of Valery Gergiev. In 2008, the singer made her debut as Micaela in Bizet’s Carmen at the Glyndebourne Festival and the Orange Festival, and in 2009 she appeared on the stage as part of another festival – the Summer Season of the Rome Opera at the Baths of Caracalla. In addition to those already mentioned, among the stage parts of the performer there are the following: Vitellia and Susanna (“Mercy of Titus” and “The Marriage of Figaro” by Mozart); Gilda (Verdi’s Rigoletto); Magda (“Swallow” Puccini); Anna Boleyn and Mary Stuart (Donizetti’s operas of the same name), as well as Adina, Norina and Lucia in his own L’elisir d’amore, Don Pasquale and Lucia di Lammermoor; Amina, Imogene and Zaire (Bellini’s La sonnambula, Pirate and Zaire); French lyrical heroines – Manon and Thais (the operas of the same name by Massenet and Gounod), Mireille and Juliet (“Mireille” and “Romeo and Juliet” by Gounod), Blanche (“Dialogues of the Carmelites” by Poulenc); finally, Semiramide (Rossini’s opera of the same name). This Rossinian role in the singer’s repertoire, as far as one can judge from her official dossier, is currently the only one. The only one, but what! Truly the role of roles – and for Ermonela Jaho it was her South American debut (in Lima) in the highly respectable company of Daniela Barcellona and Juan Diego Flores. 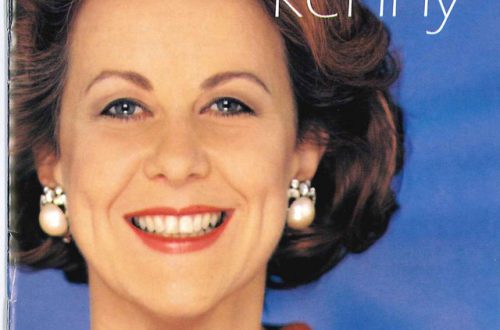 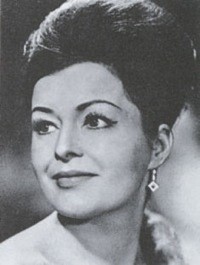 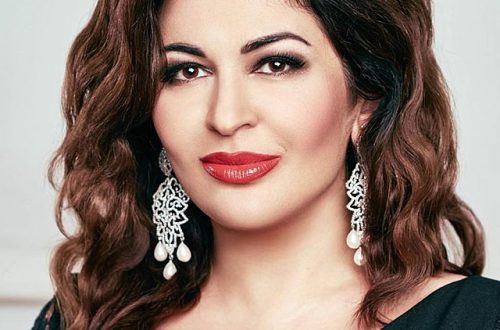