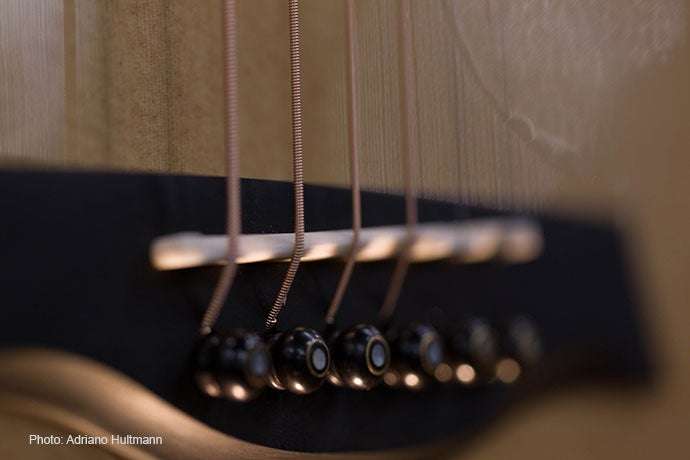 We can divide guitars into four basic types: acoustic, classical, bass and electric. Appropriate selection of strings is therefore a key element affecting both the quality of the sound and the comfort of the game itself. First of all, a different type of string is used for each type of guitar. So we should not put strings on the acoustic guitar from the electric guitar or the classical guitar and vice versa. First of all, such an experiment will have an impact on the quality of the sound, and in some cases it may lead to serious damage to the instrument itself, such as in the case of using steel strings intended for an acoustic guitar to a classic guitar. Such an attempt may have dire consequences, as a classical guitar may not physically withstand the stress it will be subjected to when steel strings are placed on it. When choosing strings, it is worth choosing them appropriately in terms of the playing technique used and the musical genre that we are going to play. Of course, it is impossible to unambiguously assign the given strings to a given genre, as it depends primarily on the individual preferences of each musician. However, you can more or less qualify which strings should work best in a given style or genre of music, and here, the most important role should be played by the sonic qualities. So, when making a choice, we must take into account many factors that will have a final impact on the sound of our instrument and the comfort of playing it.

Types of guitar strings and the differences between them

In classic guitars, nylon strings are used, the structure of which makes them more flexible. They are definitely more pleasant in contact with the player’s fingers than in the case of steel strings, which are sharper to the touch due to the material used. Two types of steel strings are used in acoustic and electric guitars: with and without a wrapper. Unwrapped strings are identical for both types of guitars, while for wrapped strings a different type of wrapping is used for each guitar. In acoustic, phosphor bronze or bronze wraps are used, and this type of strings is designed to play loud by itself. In the case of an electric guitar, a nickel wrapper is used and these types of strings do not have to be acoustically loud because the guitar pickup does not pick up sound like a microphone, but only collects string vibrations that affect the magnetic field of the pickup. Therefore, in electric guitar strings, a nickel wrap is used, which works better with the magnet. For electric guitars, thinner sets of strings are usually used, e.g. in sizes 8-38 or 9-42. For acoustic guitar strings, standard sets start from sizes 10-46; 11-52. In the case of bass guitar strings, their thickness is significantly greater as well as the span of individual strings is definitely greater. We can meet sets in sizes 40-120; 45-105; 45-135. For the production of bass strings, the most commonly used are stainless steel, nickel-plated and nickel, where various types of wraps are used.

The sonic differences of the strings

The quality and type of sound of a given string are most influenced by its thickness and the type of material used to produce it. As you can easily guess, the thinner the string, the higher the tonal tone and vice versa. Hence, the thickest strings are used in bass guitars due to the purpose of the guitar itself. Nylon strings used in classical guitars have a softer, warmer sound than in the case of steel strings used in acoustic or electric guitars. The acoustic ones are definitely louder than the classic ones, they have a more aggressive and sharpened sound.

The technique of playing the guitar and the selection of strings

Such a very important element in the selection of strings is the very playing technique we use on the guitar. If our instrument plays the role of a typical accompaniment and our playing is limited mainly to chords and riffs, then a thicker set of strings will be definitely better. When playing solo, it should be more convenient to play on thinner strings, especially if in solo play you like, for example, to use a lot of pull-ups. Such operations will be much easier to perform on thinner strings than on thicker ones, although you have to remember that the thinner the string, the easier it is to break it.

In addition to this classic guitar tuning, other tunings also apply. This standard guitar outfit is of course the stand (e) with the sounds E, A, D, G, H, for which most of the sets are dedicated. However, there are also non-standard tunings for which we should either complete the strings ourselves, or purchase a specially dedicated set. Some of the non-standard costumes consist only of lowering all strings by a ton or one and a half, but we can also have the so-called costumes. alternative, where we lower only the lowest note and leave the rest as is. The most typical alternative costumes include, among others dropped D with the sounds D, A, D, G, B, E. We can also have, for example, a C dropped outfit, where a set with a large string span, e.g. 12-60, will be used.

As you can see, the right selection of strings is a very important key element that will have a decisive impact on the final effect of our game. Therefore, it is worth experimenting wisely with the different sizes of the strings, whether we use a wrapper or not, in order to find the most satisfactory sound for us. 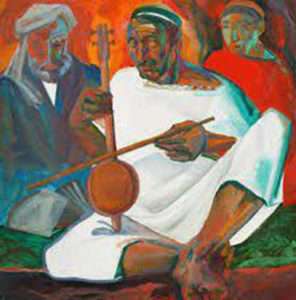