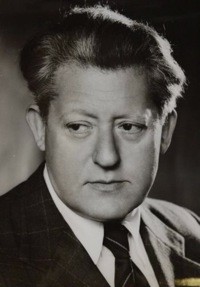 Artur Rodzinsky was called a conductor-dictator. On the stage, everything obeyed his indomitable will, and in all creative matters he was inexorable. At the same time, Rodzinsky was justly considered one of the brilliant masters of working with the orchestra, who knew how to convey his every intention to the performers. Suffice it to say that when Toscanini in 1937 created his later famous orchestra of the National Radio Corporation (NBC), he specially invited Rodzinsky for preparatory work, and in a short time he managed to turn eighty musicians into an excellent ensemble.

Such skill came to Rodzinsky far from immediately. When he made his debut at the Lviv Opera Theater in 1918, the musicians laughed at his ridiculous instructions, which testified to the complete incompetence of the young leader. Indeed, at that time Rodzinsky had no experience yet. He studied in Vienna, first as a pianist with E. Sauer, and then in the conducting class of the Academy of Music with F. Schalk, while studying law at the university. These classes were interrupted during the war: Rodzinsky was at the front and returned to Vienna after being wounded. He was invited to Lvov by the then director of the opera, S. Nevyadomsky. Although the debut was unsuccessful, the young conductor quickly acquired the necessary skills and within a few months he gained prestige with his productions of Carmen, Ernani and Ruzhitsky’s opera Eros and Psyche.

In 1921-1925, Rodzinsky worked in Warsaw, conducting opera performances and symphony concerts. Here, during the performance of The Meistersingers, L. Stokowski drew attention to him and invited a capable artist to Philadelphia as his assistant. Rodzinsky was Stokovsky’s assistant for three years and learned a lot during this time. He also acquired practical skills by giving independent concerts in various US cities and directing the student orchestra organized by Stokowski at the Curtis Institute. All this helped Rodzinsky to become the chief conductor of the orchestra in Los Angeles already in 1929, and in 1933 in Cleveland, where he worked for ten years.

These were the heydays of the conductor’s talent. He significantly rejuvenated the composition of the orchestra and raised it to the level of the best symphony ensembles in the country. Under his direction, both monumental classical compositions and modern music were played here every year. Of particular importance were the “orchestral readings of contemporary works” organized by Rodzinsky at rehearsals in the presence of authoritative musicians and critics. The best of these compositions were included in his current repertoire. Here, in Cleveland, with the participation of the best soloists, he staged a number of significant productions of operas by Wagner and R. Strauss, as well as Shostakovich’s Lady Macbeth of the Mtsensk District.

During this period, Rodzinsky performed with the best American and European orchestras, repeatedly toured in Vienna, Warsaw, Prague, London, Paris (where he conducted concerts of Polish music at the World Exhibition), the Salzburg Festival. Explaining the success of the conductor, the American critic D. Yuen wrote: “Rodzinsky possessed many brilliant conductor qualities: integrity and diligence, an extraordinary ability to penetrate the very essence of musical works, dynamic strength and curb energy, a dictatorial ability to subordinate the orchestra to his will. But, perhaps, his main advantages were his organizational strength and outstanding orchestral technique. Brilliant knowledge of the capabilities of the orchestra was especially clearly manifested in Rodzinsky’s interpretation of the works of Ravel, Debussy, Scriabin, early Stravinsky with their bright colors and subtle orchestral color, complex rhythms and harmonic constructions. Among the best achievements of the artist is also the interpretation of symphonies by Tchaikovsky, Berlioz, Sibelius, works by Wagner, R. Strauss and Rimsky-Korsakov, as well as a number of contemporary composers, especially Shostakovich, whose creative propagandist was the conductor. Less successful Rodzinsky classical Viennese symphonies.

In the early forties, Rodzinsky occupied one of the leading positions in the US conductor’s elite. For a number of years – from 1942 to 1947 – he led the New York Philharmonic Orchestra, and then the Chicago Symphony Orchestra (until 1948). In the last decade of his life, he acted as a touring conductor, living mainly in Italy. 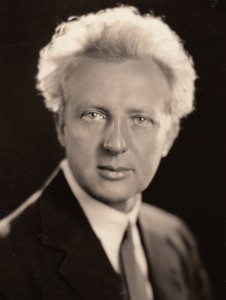 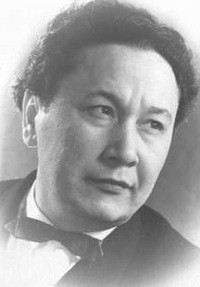 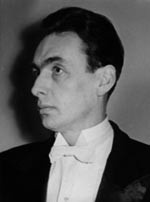