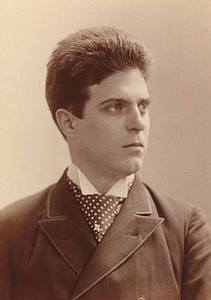 It is in vain to think that the colossal, fabulous success of this young man is the result of clever advertising … Mascagni, obviously, is not only a very talented person, but also very smart. He realized that at present the spirit of realism, the convergence of art with the truth of life, is everywhere, that a person with his passions and sorrows is more understandable and closer to us than gods and demigods. With purely Italian plasticity and beauty, he illustrates the life dramas he chooses, and the result is a work that is almost irresistibly sympathetic and attractive to the public. P. Tchaikovsky

P. Mascagni was born into the family of a baker, a great music lover. Noticing his son’s musical abilities, the father, sparing little money, hired a teacher for the child – baritone Emilio Bianchi, who prepared Pietro for admission to the Music Lyceum. Cherubini. At the age of 13, as a first-year student, Mascagni wrote the Symphony in C minor and “Ave Maria”, which were performed with great success. Then the capable young man continued his studies in composition at the Milan Conservatory with A. Ponchielli, where G. Puccini studied at the same time. After graduating from the conservatory (1885), Mascagni became a conductor and leader of operetta troupes, with whom he traveled to the cities of Italy, and also gave lessons and wrote music. When the Sonzogno publishing house announced a competition for a one-act opera, Mascagni asked his friend G. Torgioni-Tozzetti to write a libretto based on G. Verga’s sensational drama Rural Honor. The opera was ready in 2 months. However, having no hope of winning, Mascagni did not send his “brainchild” to the competition. This was done, secretly from her husband, by his wife. Rural Honor was awarded the first prize, and the composer received a monthly scholarship for 2 years. The staging of the opera in Rome on May 17, 1890 was such a triumph that the composer did not have time to sign contracts.

Mascagni’s Rural Honor marked the beginning of verismo, a new operatic direction. Verism intensively exploited those means of artistic language that created the effects of increased dramatic expression, open, naked emotions, and contributed to the colorful embodiment of the life of the urban and rural poor. To create an atmosphere of condensed emotional states, Mascagni for the first time in opera practice used the so-called “aria of the scream” – with extremely liberated melody up to cries, with powerful unison dubbing by the orchestra of the vocal part at the climax … In 1891, the opera was staged at La Scala, and G. Verdi is said to have said: “Now I can die in peace – there is someone who will continue the life of Italian opera.” In honor of Mascagni, several medals were issued, the king himself awarded the composer with the honorary title of “Chevalier of the Crown”. New operas were expected from Mascagni. However, none of the subsequent fourteen rose to the level of “Rustic Honor”. So, in La Scala in 1895, the musical tragedy “William Ratcliffe” was staged – after twelve performances, she ingloriously left the stage. In the same year, the premiere of the lyric opera Silvano failed. In 1901, in Milan, Rome, Turin, Venice, Genoa and Verona, on the same evening on January 17, the premieres of the opera “Masks” took place, but the opera, so widely advertised, to the horror of the composer, was booed that evening in all cities at once. Even the participation of E. Caruso and A. Toscanini did not save her at La Scala. “It was,” according to the Italian poetess A. Negri, “the most amazing failure in the entire history of Italian opera.” The composer’s most successful operas were staged at La Scala (Parisina – 1913, Nero – 1935) and at the Costanzi Theater in Rome (Iris – 1898, Little Marat – 1921). In addition to operas, Mascagni wrote operettas (“The King in Naples” – 1885, “Yes!” – 1919), works for a symphony orchestra, music for films, and vocal works. In 1900, Mascagni came to Russia with concerts and talks about the state of modern opera and was very warmly received. 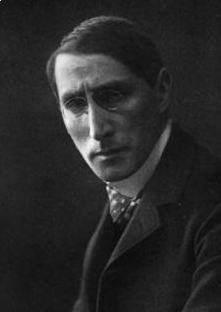 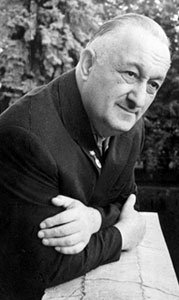 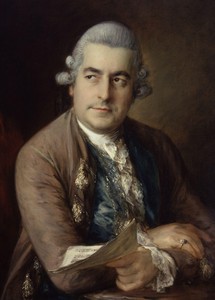