Musical interval is the definition of the ratio of sounds of different pitches. If the interval is formed within one octave, it is simple.

The exception is the tritone: this is not a simple interval, although it was created within one octave.

Among the melodic intervals are distinguished:

The role of intervals in music

They are used to build a melody and give it expressiveness. Thanks to the intervals, an enharmonic replacement of one or both sounds occurs. The combination of metrorhythm and interval forms intonation. Halftone or tone intervals are small, so when they are combined, frets are formed . Chords are formed from wide intervals .

Thanks to the intervals, the quality of the chord becomes clear : major, minor , increased or decreased.

Consonances are divided into three groups:

These are Latin words – numerals, which indicate the property of the interval and the number of steps it covers. There are 8 intervals in music:

In the records, the intervals are indicated by numbers, since it is more comfortable this way: the sixth is written down as a six, the fourth – as a four.

Depending on the tone, there are:

To characterize the tone, the indicated words are attached to the name of the interval: major third, pure fifth, minor seventh. On the letter, it looks like this: b.3, part 5, m.7.

Intervals are the building blocks of music. There are melodic and harmonic intervals, consonances and dissonances . There are 8 intervals: in order to study them, you should remember the principle of the sound of each of them. 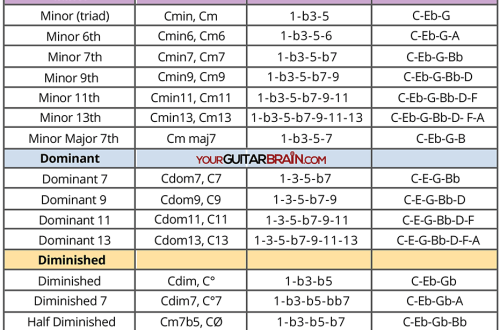