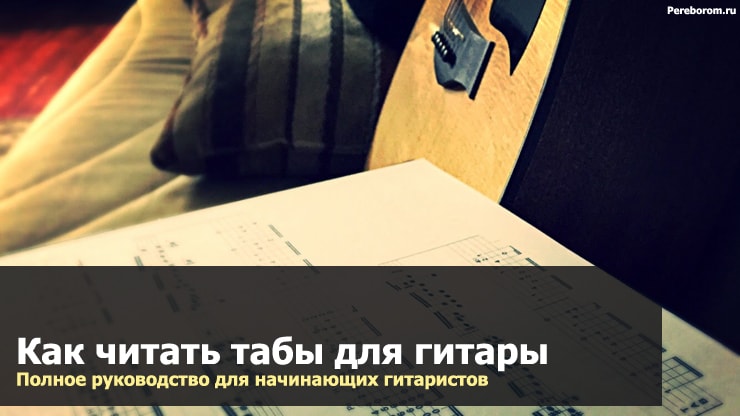 What is guitar tablature

Previously, songs were recorded using sheet music and sheet music. It was very convenient, because it allowed to decompose and play the parts, not based on the features of the instruments, and also introduced the unity of the orchestra’s playing at concerts. With the advent of the guitar, the situation did not change until people realized some of the inconvenience of this system. In the guitar, the same notes can be played in completely different frets and in different positions, and since the notes do not indicate this, the manner of playing some pieces became less obvious. The situation was corrected by another way of recording – tablature, which became a part of the everyday life of the guitarist. How much to play the guitar in order to use tabs? The sooner you start doing this, the better.

They represent the same stave, only with six, according to the number of strings, lines. Instead of notes, guitar frets are recorded on them, on which the indicated strings should be clamped to obtain the desired sound. This method of recording has proved to be much more convenient, and therefore, now every guitarist must understand how to read tablature for ease of learning. This is what this article is about. This is really worth knowing even for those who studied at a music school – because the way we reading guitar tabs differs greatly with how to recognize notes.

This method is common on sites where it is not possible to record tabs in special programs. In this case, the appearance is completely copied and the essence practically does not change, with the exception of the way the game techniques are indicated.

Recording through the tablature editor

The most popular way. In this case, this type of recording is reproduced by a program that, using special presets, imitates the sounds of a guitar, including various playing techniques. This is much more convenient, because in addition to the numbers themselves, as a rule, they also contain notes with their durations, which makes learning a song even easier.

Watch video lesson No. 34 from the Beginner course: What are tablature and how to read them?

How to use tabs for a beginner

Usually in tabs, a guitar fight is indicated by arrows opposite each individual chord, or their groups. Note that they show a reversed movement – that is, the down arrow indicates an upstroke, and the up arrow indicates a downstroke. The same principle works with strings – that is, the top line will be the first, and the bottom line will be the sixth.

Picks on the guitar usually visually visible right away – you can understand which string and when to pull, which fret to clamp, and what tricks to use. In the case of an arpeggio, the fret numbers will be lined up in sinusoids – that is, up and down arcs. Preview the entire bar ahead of time, because usually by holding all the participating strings you will get the desired chord. Of course, this does not apply to sweep solos, which require a different hand placement.

Usually, above a group of numbers that indicate frets, chords are also written, which these groups are. They are right above them – you don’t have to look far.

The whole melody can be traced inside the tabs. In the program, each instrument has its own track, so you can easily learn the part you need.

How to read tab symbols and signs

On a written taba, it is indicated as the letter “h” between two numbers. The first is the number of the fret you want to hold down, the second is the one that you need to put your finger on for this action. For example, 5h7.

In the program, this action is contextual and is indicated by an arc below two digits. If the first is less than the second, then this is a hammer.

In a letter, this technique is written as the letter “p” between also two numbers. The first is what you hold down initially, and the second is what fret is played after. For example, 6p4 – that is, you must first play a note on the sixth fret, and then pull-off while holding the fourth.

In the program, it is indicated in the same way as the hammer – an arc under the frets, however, the first number will be greater than the second.

In writing, it is denoted as the letter b after the fret number. The problem is that there are several types of bands, and to understand which one is used now, you have to listen to the composition. In addition, sometimes you have to return to the starting position – and then it will be written like this – 4b6r4, that is, with the letter r.

In the program, everything is much simpler – an arc will be drawn from the fret, which will show the completeness of the tightening, as well as the need to return there.

Both on the letter and in the program, it is indicated by lines or / – if it is a descending or ascending slide, respectively. At the same time, you will also hear the sound characteristic of the slide in the program.

On the letter, vibrato is indicated by the symbols X or ~ next to the number of the desired fret. In the program, it is depicted as a curved line symbol above the numerical designation.

This is how they write when you need to let a string or chord sound – this is especially critical in the bass parts of fingerstyle patterns. In this case, in the program above the table of frets there will be an inscription Let Ring and a dotted line will indicate until what moment this should be done.

Muting a string with your right hand (Palm Mute)

On the letter, this technique is also not indicated in any way. In the program, you will see the PM icon above the fret table, as well as a dotted line that shows how long the chord is played like this.

Not sounding or dead notes (Mute)

Both in writing and in the program, such things are indicated by an X instead of a fret number.

These notes will be enclosed in brackets both in the letter and in the tab reader. It is not necessary to play them, but it is highly desirable for completeness of the melody.

Variable Stroke – Down and Up Strokes (Downstrokes & Upstrokes)

They are denoted by the symbols V or ^ for moving down or up, respectively. This designation will be directly above the group of chords in tablature.

natural flageolets,in addition to the fact that they are indicated in brackets , for example, , they are also visually shown in the program – in the form of smaller notes and numbers. By the way, artificial ones are denoted as – [].

Usually the fact of the presence of a capo is written before the beginning of the tablature – in the explanations in the introduction.

Tapping, both in writing and in the program, is indicated by the letter T above the pattern being played.

General table of symbols used in text and music tabs

The time signature is indicated at the beginning of the desired measure – in the form of two numbers that are one above the other.

The tempo is indicated at the very beginning of the desired measure, right above it in the form of a note picture and a number placed in front of it, indicating Bpm.

Measures are also numbered at the beginning of each new one.

The scale, if it is not standard, is also indicated at the beginning of the entire tablature – and does not change throughout the song.

The most convenient tab reader is Guitar Pro version 5.2 or 6. There is also Tux Guitar, but this option is mainly for Linux users.

In fact, there is only one piece of advice that can be given – read the tabs carefully, and, if possible, also be guided by the notes. Constantly listen and listen carefully – all the tricks are indicated in the text, and therefore it will only be easier for you to understand how this composition is played. Feel free to change the tempo of individual parts of the track if necessary in order to learn it better, as well as to understand how this or that segment is performed. And, of course, do not forget about the metronome. 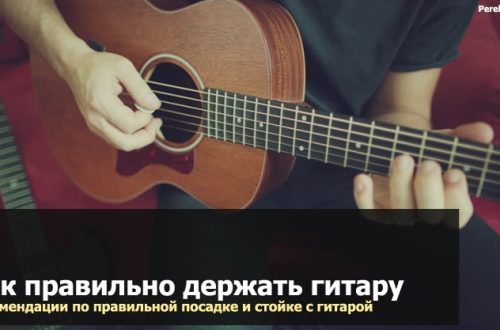 How to hold a guitar while sitting and standing. Recommendations for proper seating and guitar stand 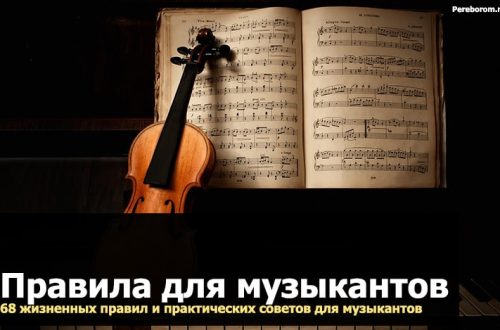 Rules for musicians. 68 Life Rules and Practical Tips for Musicians