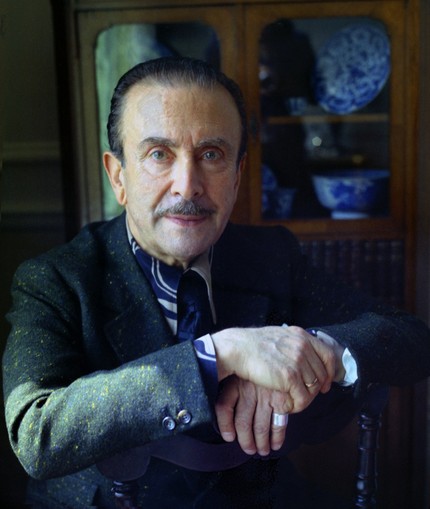 In his declining years, the patriarch of European pianism, Edwin Fischer, recalled: “Once an unfamiliar gentleman came to me with a son whom he wanted to show me. I asked the boy what he intended to play, and he replied: “What do you want? I play all of Bach…” In just a few minutes, I was deeply impressed by the absolutely exceptional talent of a seven-year-old boy. But at that moment I did not feel the desire to teach and sent him to my teacher Martin Krause. Later, this child prodigy became one of the most significant pianists in the world.”

This child prodigy was Claudio Arrau. He came to Berlin after he first appeared on the stage as a 6-year-old child in the Chilean capital Santiago, giving a concert of works by Beethoven, Schubert and Chopin and impressing the audience so much that the government awarded him a special scholarship to study in Europe. The 15-year-old Chilean graduated from the Stern Conservatory in Berlin in the class of M. Krause, already an experienced concert player – he made his debut here back in 1914. But still, he can hardly be classified as a child prodigy without reservations: concert activity did not interfere with solid, unhurried professional training, versatile education, and broadening of one’s horizons. No wonder the same Shternovsky Conservatory in 1925 accepted him into its walls already as a teacher!

The conquest of world concert stages was also gradual and by no means easy – it followed creative improvement, pushing repertoire boundaries, overcoming influences, sometimes quite strong (first Busoni, d’Albert, Teresa Carregno, later Fischer and Schnabel), developing their own performing principles . When in 1923 the artist tried to “storm” the American public, this attempt ended in complete failure; only after 1941, having finally moved to the United States, Arrau received universal recognition here. True, in his homeland he was immediately accepted as a national hero; he first returned here in 1921, and a few years later, streets in the capital and his hometown of Chillán were named after Claudio Arrau, and the government gave him an indefinite diplomatic passport to facilitate tours. Becoming an American citizen in 1941, the artist did not lose touch with Chile, founded a music school here, which later grew into a conservatory. Only much later, when the Pinochet fascists seized power in the country, Arrau refused to speak at home in protest. “I will not return there while Pinochet is in power,” he said.

In Europe, Arrau had a reputation for a long time as a “super-technologist”, “a virtuoso above all”.

Indeed, when the artistic image of the artist was just being formed, his technique had already reached perfection and brilliance. Although the external trappings of success accompanied him constantly, they were always accompanied by a somewhat ironic attitude of critics who reproached him for the traditional vices of virtuosity – superficiality, formal interpretations, deliberate speed of pace. This is exactly what happened during the first tour in the USSR, when he came to us in the halo of the winner of one of the first international competitions of our time, held in Geneva in 1927. Arrau then played in one evening three concertos with the orchestra – Chopin (No. 2), Beethoven (No. 4) and Tchaikovsky (No. 1), and then a large solo program that included Stravinsky’s “Petrushka”, Balakirev’s “Islamey”, Sonata in B minor Chopin, Partita and two preludes and fugues from Bach’s Well-Tempered Clavier, a piece by Debussy. Even against the backdrop of the then flow of foreign celebrities, Arrau struck with phenomenal technique, “energetic volitional pressure”, freedom of possession of all elements of piano playing, finger technique, pedalization, rhythmic evenness, colorfulness of his palette. Struck – but did not win the hearts of Moscow music lovers.

The impression of his second tour in 1968 was different. Critic L. Zhivov wrote: “Arrau demonstrated a brilliant pianistic form and showed that he lost nothing as a virtuoso, and most importantly, he gained wisdom and maturity of interpretation. The pianist does not demonstrate unbridled temperament, does not boil like a young man, but, like a jeweler admiring the facets of a precious stone through optical glass, he, having comprehended the very depths of the work, shares his discovery with the audience, showing the various sides of the work, the richness and subtlety of thoughts, the beauty of the feelings embedded in it. And so the music performed by Arrau ceases to be an occasion for demonstrating his own qualities; on the contrary, the artist, as a faithful knight of the composer’s idea, somehow connects the listener directly with the creator of music.

And such a performance, we add, at a high voltage of inspiration, illuminates the hall with flashes of genuine creative fire. “Beethoven’s spirit, Beethoven’s thought — that’s what Arrau dominated,” emphasized D. Rabinovich in his review of the artist’s solo concert. He also highly appreciated the performance of Brahms’ concertos: “This is where Arrau’s typical intellectual depth with a tendency towards psychologism, penetrating lyricism with a strong-willed tone of expression, freedom of performance with a steady, consistent logicality of musical thinking truly conquer – hence the forged form, the combination of inner burning with external calmness and severe self-restraint in expressing feelings; hence the preference given to restrained pace and moderate dynamics.

Between the two visits of the pianist to the USSR there are four decades of painstaking work and tireless self-improvement, decades that make it possible to understand and explain what the Moscow critics, who heard him “then” and “now”, seemed to be an unexpected transformation of the artist, which forced them to discard their former ideas about him. But is it really that rare?

This process is clearly seen in Arrau’s repertoire – there is both what remains unchanged and what becomes the result of the artist’s creative development. The first is the names of the great classics of the 1956th century, which form the foundation of his repertoire: Beethoven, Schumann, Chopin, Brahms, Liszt. Of course, this is not all – he brilliantly interprets the concertos of Grieg and Tchaikovsky, willingly plays Ravel, repeatedly turned to the music of Schubert and Weber; his Mozart cycle, given in 200 in connection with the 1967th anniversary of the composer’s birth, remained unforgettable for the listeners. In his programs you can find the names of Bartok, Stravinsky, Britten, even Schoenberg and Messiaen. According to the artist himself, by 63 his memory kept 76 concerts with the orchestra and so many more solo works that they would be enough for XNUMX concert programs!

Merging in his art features of different national schools, the universality of the repertoire and evenness, the perfection of the game even gave the researcher I. Kaiser a reason to talk about the “mystery of Arrau”, about the difficulty in determining the characteristic in his creative appearance. But in essence, its basis, its support is in the music of the 1935th century. Arrau’s attitude to the music being performed is changing. Over the years, he becomes more and more “choosy” in the choice of works, playing only what is close to his personality, striving to tie together technical and interpretive problems, paying special attention to the purity of style and questions of sound. It is worth seeing how flexibly his playing reflects the consistent evolution of Beethoven’s style in the recording of all five concertos made with B. Haitink! In this regard, his attitude towards Bach is also indicative – the same Bach whom he played “only” as a seven-year-old youth. In 12, Arrau held Bach’s cycles in Berlin and Vienna, consisting of XNUMX concertos, in which almost all of the composer’s clavier works were performed. “So I tried to penetrate into the specific style of Bach myself, into his sound world, to know his personality.” Indeed, Arrau discovered a lot in Bach both for himself and for his listeners. And when he opened it, he “suddenly discovered that it was impossible to play his works on the piano. And despite my greatest respect for the brilliant composer, from now on I do not play his works in front of the public “… Arrau generally believes that the performer is obliged to study the concept and style of each author, “which requires rich erudition, serious knowledge of the era with which the composer is associated, his psychological state at the time of creation. He formulates one of his main principles both in performance and in pedagogy as follows: “Avoid dogmatism. And the most important thing is the assimilation of the “singing phrase”, that is, that technical perfection due to which there are no two identical notes in crescendo and decrescendo. The following statement by Arrau is also noteworthy: “By analyzing each work, I strive to create for myself an almost visual representation of the nature of the sound that would most closely correspond to it.” And once he remarked that a real pianist should be ready “to achieve true legato without the help of a pedal.” Those who have heard Arrau play will hardly doubt that he himself is capable of this…

A direct consequence of this attitude towards music is Arrau’s predilection for monographic programs and records. Recall that on his second visit to Moscow, he first performed five Beethoven sonatas, and then two Brahms concertos. What a contrast with 1929! But at the same time, not chasing after easy success, he sins least of all with academicism. Some, as they say, “overplayed” compositions (like “Appassionata”) he sometimes does not include in programs for years. It is significant that in recent years he especially often turned to the work of Liszt, playing, among other works, all of his operatic paraphrases. “These are not just ostentatious virtuoso compositions,” Arrau emphasizes. “Those who want to revive Liszt the virtuoso start from a false premise. It would be much more important to appreciate Liszt the musician again. I want to finally put an end to the old misunderstanding that Liszt wrote his passages to demonstrate the technique. In his significant compositions they serve as a means of expression – even in the most difficult of his operatic paraphrases, in which he created something new from the theme, a kind of drama in miniature. They can only seem like pure virtuosic music if they are played with the metronomic pedantry that is now in vogue. But this “correctness” is only a bad tradition, proceeding from ignorance. This kind of fidelity to notes is contrary to the breath of music, to everything in general that is called music. If it is believed that Beethoven should be played as freely as possible, then in Liszt metronomic accuracy is a complete absurdity. He wants a Mephistopheles pianist!”

Such a truly “Mephistopheles pianist” is Claudio Arrau – tireless, full of energy, always striving forward. Long tours, many recordings, pedagogical and editorial activities – all this was the content of the life of the artist, who was once called a “super virtuoso”, and is now called a “piano strategist”, “an aristocrat at the piano”, a representative of “lyrical intellectualism”. Arrau celebrated his 75th birthday in 1978 with a trip to 14 countries in Europe and America, during which he gave 92 concerts and recorded several new records. “I just can’t perform less often,” he admitted. “If I take a break, then it becomes scary for me to go out on the stage again” … And having stepped over the eighth decade, the patriarch of modern pianism became interested in a new kind of activity for himself – recording on video cassettes.

On the eve of his 80th birthday, Arrau reduced the number of concerts per year (from one hundred to sixty or seventy), but continued to tour in Europe, North America, Brazil and Japan. In 1984, for the first time after a long break, the pianist’s concerts took place in his homeland in Chile, a year before that he was awarded the Chilean National Arts Prize.

Claudio Arrau died in Austria in 1991 and is buried in his hometown, Chillan. 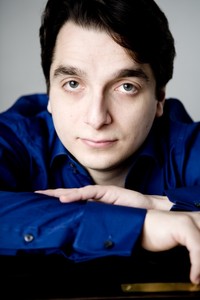 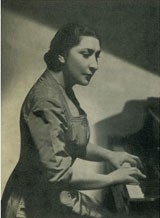 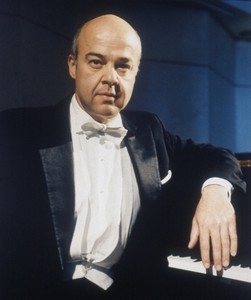