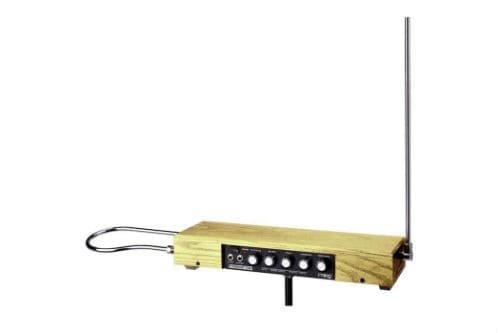 Theremin is called a mystical musical instrument. Indeed, the performer stands in front of a small composition, smoothly waves his hands like a magician, and an unusual, drawn-out, supernatural melody reaches the audience. For its unique sound, the theremin was called the “moon instrument”, it is often used for musical accompaniment of films on space and science fiction themes.

The theremin cannot be called a percussion, string or wind instrument. To extract sounds, the performer does not need to touch the device.

Theremin is a power tool by means of which the movements of human fingers are converted around a special antenna into vibrations of sound waves.

The musical instrument allows you to:

The principle of operation of a musical instrument is based on the understanding that sounds are air vibrations, similar to those that form an electromagnetic field, causing electric wires to buzz. The internal contents of the device are a pair of generators that create oscillations. The frequency difference between them is the frequency of the sound. When a performer brings their fingers closer to the antenna, the capacitance of the field around it changes, resulting in higher notes.

Several different types of theremin have been created. Devices are produced in series and individually.

The first developed theremin, the work of which is provided by the arbitrary movement of both hands in the electromagnetic field surrounding the antennas. The musician works while standing.

There are several rare classic models created at the dawn of the spread of the instrument:

Classic examples are the most common. The actively sold model is from the American manufacturer Moog, which began to sell a unique tool since 1954.

The pedal version of the theremin was invented by the musician Konstantin Ioilevich Kovalsky. While playing the instrument, the performer controls the pitch with the right palm. The left hand, by means of a block with manipulation buttons, controls the main characteristics of the extracted sound. Pedals are for changing the volume. The musician works in a sitting position. 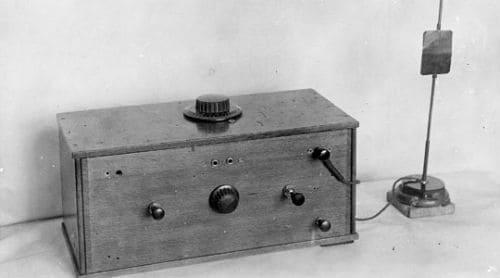 The pedal version of Kowalski is not common. But it is used by Kovalsky’s students – Lev Korolev and Zoya Dugina-Ranevskaya, who organized Moscow courses on the theremin. Dunina-Ranevskaya’s student, Olga Milanich, is the only professional musician who plays the pedal instrument.

Inventor Lev Dmitrievich Korolev experimented for a long time on the design of the theremin. As a result, a tershumfon was created – a variant of the instrument, designed to produce narrow-band noise, characterized by bright sound pitch.

A strange name was given to a musical instrument invented by the Japanese Masami Takeuchi in 1999. The Japanese like nesting dolls, so the inventor hid the generators inside the Russian toy. The volume of the device is adjusted automatically, the sound frequency is controlled by changing the position of the palm. The students of the talented Japanese organize big concerts with more than 200 participants. 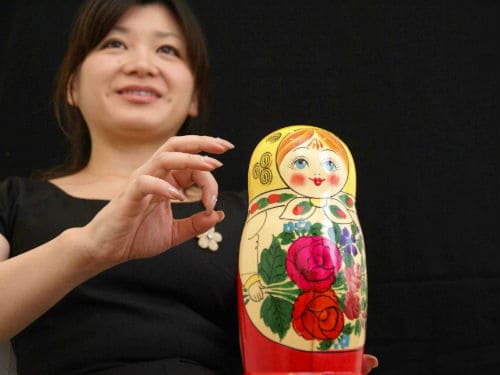 A modern invention is the theremin program for touchscreen computers and smartphones. A coordinate system is displayed on the monitor, one axis shows the frequency of the sound, the second – the volume.

The performer touches the monitor at certain coordinate points. The program, processing the information, turns the selected points into pitch and volume, and the desired sound is obtained. When you move your finger across the monitor in the horizontal direction, the pitch changes, in the vertical direction, the volume.

The inventor of the theremin – Lev Sergeevich Termen – a musician, scientist, founder of electronics, an original personality, surrounded by many rumors. He was suspected of espionage, they assured that the created musical instrument was so strange and mystical that the author himself was afraid to play it.

Lev Theremin belonged to a noble family, was born in St. Petersburg in 1896. He studied at the conservatory, became a cellist, continued his education at the Faculty of Physics and Mathematics. During the First World War, Lev Sergeevich worked as a communications engineer. In the post-war period, he took up science, studying the electrical properties of gases. Then the history of the musical instrument began, which received its name from the name of the creator and the term “vox” – voice.

The invention saw the light in 1919. In 1921, the scientist presented the instrument to the general public, causing general delight and amazement. Lev Sergeevich was invited to Lenin, who immediately ordered that the scientist be sent on a tour of the country with a musical invention. Lenin, who at that time was absorbed in electrification, saw in the theremin a tool for popularizing a political idea.

In the late 1920s, Theremin went to Western Europe, then to the United States, while remaining a Soviet citizen. There were rumors that under the guise of a scientist and musician he was sent to spy, to find out scientific developments.

An unusual musical instrument abroad caused delight no less than at home. Parisians sold out tickets to the theater a few months before the speech of the scientist-musician. In the 1930s, Theremin founded the Teletouch company in the USA to manufacture theremins.

At first, the business was going well, but soon the buying interest dried up. It turned out that to successfully play the theremin, you need an ideal ear for music, even professional musicians did not always cope with the instrument. In order not to go bankrupt, the company took up the production of alarms.

For several decades, the instrument was considered forgotten. Although the possibilities of playing on it are unique.

Some musicians are trying to regain interest in the musical device. The great-grandson of Lev Sergeevich Termen founded in Moscow and St. Petersburg the only school of playing the theremin in the CIS countries. Another school, run by the previously mentioned Masami Takeuchi, is in Japan.

The sound of the theremin can be heard in movies. At the end of the 20th century, the movie “Man on the Moon” was released, which tells about the astronaut Neil Armstrong. In the musical accompaniment, theremin is clearly heard, clearly conveying the atmosphere of space history.

Today, the musical instrument is undergoing a renaissance. They remember about it, try to use it in jazz concerts, in classical orchestras, complement it with electronic and ethnic music. So far, only 15 people in the world play the theremin professionally, and some performers are self-taught and have no musical education.

The theremin is a young, promising instrument with a unique, magical sound. Anyone who wants to, with effort, is able to learn how to play it decently. For each performer, the instrument sounds original, conveys the mood and character. A wave of interest in a unique device is expected. 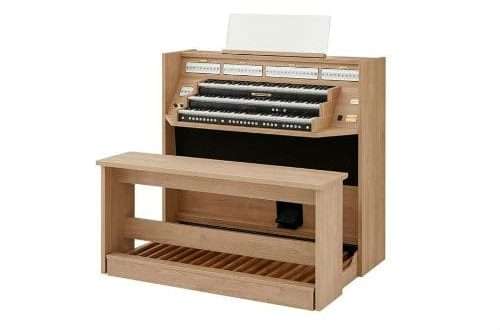