When, in the early 60s, Byron Jainis became the first American artist to record records in Moscow with a Soviet orchestra, this news was perceived by the music world as a sensation, but the sensation was natural. “All piano connoisseurs say that this Jainis is indeed the only American pianist who seems to have been created to record with Russians, and it is by no means an accident that his new recordings were made in Moscow,” one of the Western correspondents.

Indeed, a native of McKeesfort, Pennsylvania, may well be called a representative of the Russian piano school. He was born into a family of immigrants from Russia, whose last name – Yankelevich – gradually transformed into Yanks, then into Junks, and finally acquired its current form. The family, however, was far from music, and the town was far from cultural centers, and the first lessons were given to him by a kindergarten teacher on the xylophone. Then the teacher of the boy was a native of Russia, teacher A. Litov, who four years later took his pupil to Pittsburgh to perform in front of local music lovers. Litov invited his old friend from the Moscow Conservatory, the remarkable pianist and teacher Iosif Levin, to the concert. And he, immediately realizing the extraordinary talent of Jainis, advised his parents to send him to New York and gave a letter of recommendation to his assistant and one of the best teachers in the city, Adele Marcus.

For several years, Jainis was a student of the private music school “Chetem Square”, where A. Markus taught; the director of the school, the famous musician S. Khottsinov, became his patron here. Then the young man, along with his teacher, moved to Dallas. At the age of 14, Jainis first attracted attention by performing with the NBC Orchestra under the direction of F. Black, and received an invitation to play several more times on the radio.

In 1944 he made his professional debut in Pittsburgh, where he played Rachmaninoff’s Second Concerto. The reviews of the press were enthusiastic, but something else was much more important: among those present at the concert was Vladimir Horowitz, who liked the talent of the young pianist so much that he, contrary to his rules, decided to take him on as a student. “You remind me of myself in my youth,” said Horowitz. Years of studies with the maestro finally polished the talent of the artist, and in 1948 he appeared before the audience of New York’s Carnegie Hall as a mature musician. The venerable critic O. Downs stated: “For a long time, the author of these lines has not had to meet talent combined with musicality, strength of feeling, intelligence and artistic balance to the same extent as this 20-year-old pianist. It was a concert by a young man whose unique performances are marked by seriousness and spontaneity.”

In the 50s, Jainis gained fame not only in the USA, but also in South America and Europe. If in the early years his playing seemed to some to be just a copy of the game of his teacher Horowitz, then gradually the artist acquires independence, individuality, the defining features of which are a combination of temperamental, downright “Horowitzian” virtuosity with lyrical penetration and seriousness of artistic concepts, romantic impetuosity with intellectual depth. These qualities of the artist were highly appreciated during his tours in the USSR in 1960 and 1962. He visited many cities, performed in solo and symphony concerts. His programs included sonatas by Haydn, Mozart, Beethoven, Chopin, Copland, Pictures at an Exhibition by Mussorgsky and Sonatine Ravel, plays by Schubert and Schumann, Liszt and Debussy, Mendelssohn and Scriabin, concertos by Schumann, Rachmaninoff, Prokofiev, Gershwin. And once Jainis even participated in a jazz evening: having met in 1962 in Leningrad with the orchestra of B. Goodman, he played Gershwin’s Rhapsody in Blue with this team with great success.

The Soviet audience accepted Dzhaynis extremely warmly: everywhere the halls were overcrowded and there was no end to the applause. Concerning the reasons for such success, Grigory Ginzburg wrote: “It was nice to meet in Jainis not a cold virtuoso (which is now in vogue in some places in the West), but a musician who is aware of the seriousness of the aesthetic tasks facing him. It was this quality of the performer’s creative image that provided him with a warm welcome from our audience. The sincerity of musical expression, clarity of interpretation, emotionality reminded (just like during the performances of Van Cliburn, so beloved to us) of the beneficial influence that the Russian school of pianism, and primarily the genius of Rachmaninov, had on the most talented pianists.

The success of Jainis in the USSR had a great resonance in his homeland, especially since he had nothing to do with the “extraordinary circumstances” of the competition that accompanied Cliburn’s triumphs. “If music can be a factor in politics, then Mr. Jainis can consider himself a successful ambassador of friendship helping to break down the barriers of the Cold War,” the New York Times wrote at the time.

This trip greatly increased the fame of Jainis throughout the world. In the first half of the 60s, he toured a lot and with constant triumph, the largest halls are provided for his performances – in Buenos Aires, the Colon Theater, in Milan – La Scala, in Paris – the Champs Elysees Theater, in London – Royal Festival Hall. Among the many records he recorded during this period, the concertos by Tchaikovsky (No. 1), Rachmaninoff (No. 2), Prokofiev (No. 3), Schumann, Liszt (No. 1 and No. 2) stand out, and from solo works, the Second Sonata of D. Kabalevsky. Later, however, the pianist’s career was interrupted for a while due to illness, but in 1977 it resumed, although not with the same intensity, poor health does not always allow him to perform at the limit of his virtuoso capabilities. But even today he remains one of the most attractive pianists of his generation. New evidence of this was brought by his successful concert tour of Europe (1979), during which he performed with particular brilliance the works of Chopin (including two waltzes, unknown versions of which he discovered in the archive and published), as well as miniatures by Rachmaninoff, pieces by L M. Gottschalk, A. Copland Sonata.

Byron Janis continues his service to the people. He recently completed an autobiographical book, teaches at the Manhattan School of Music, gives master classes, and actively participates in the work of the jury of music competitions. 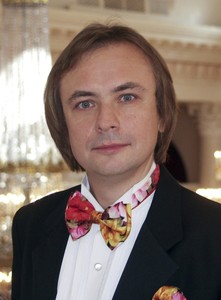 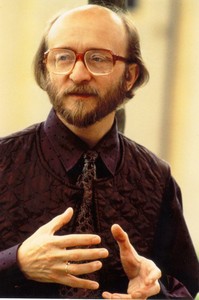 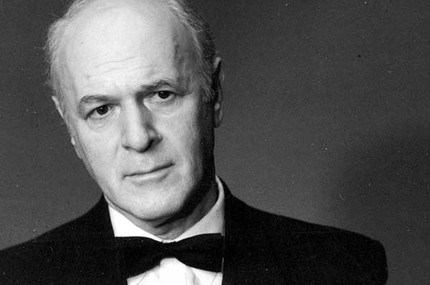