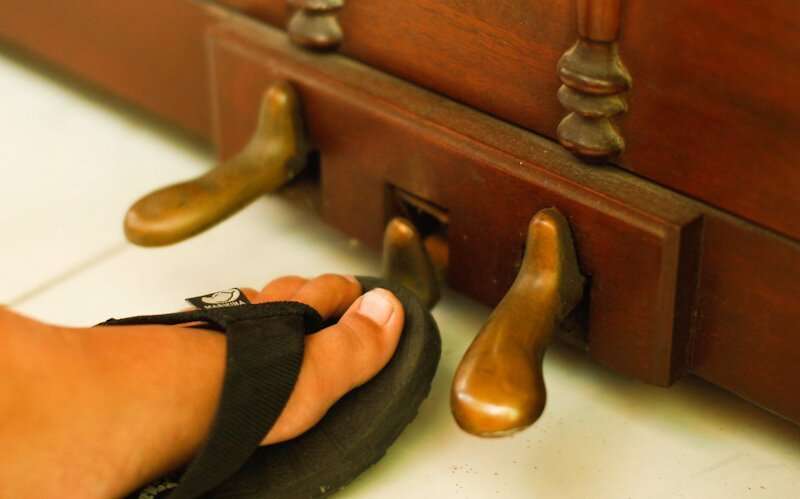 Piano pedals are levers that are actuated by pressing the foot. Modern instruments have two to three pedals, whose main function is to change the sound of the strings.

On a grand piano or piano, these mechanisms determine the timbre of the sound, its duration and dynamics.

What are piano pedals called?

Changing the sound of the instrument, enhancing the expressiveness of the performance is one of the reasons why piano pedals are needed. 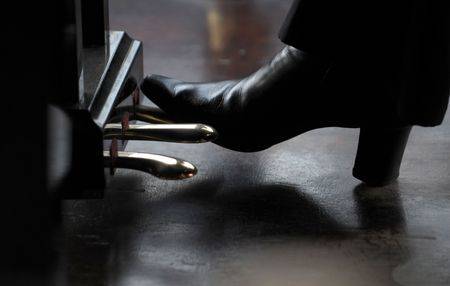 The right pedal functions the same on all devices. When the forte is pressed, all dampers are raised, causing all strings to sound. It is enough to release the pedal to muffle the sound. Therefore, the purpose of the right pedal is to lengthen the sound, to make it full.

The shift pedal works differently on the piano and grand piano. On the piano, she shifts all the hammers to the strings to the right, and the sound weakens. After all, the hammer strikes a certain string not in the usual place, but in another. On a piano, the whole mechanism moves to the right , so that one hammer strikes two strings instead of three. As a result, fewer strings are activated and the sound is attenuated.

The sustain pedal creates different sound effects on the instruments. It raises individual dampers, but the vibration of the strings does not enrich the sound. Often the middle pedal is used to hold the bass strings, as on an organ.

On the piano, the middle pedal activates the moderator – a special curtain that descends between the hammers and strings. As a result, the sound is very quiet, and the musician can play fully without distracting others.

Switching on and using pedal mechanisms

Beginners ask why piano pedals are used: these mechanisms are used when playing complex pieces of music. The right pedal is activated when it is necessary to make a smooth transition from one sound to another, but it is impossible to make it with your fingers. The middle mechanism is pressed when it is necessary to perform some complex pieces, so the pedal is additionally installed in concert instruments.

The left pedal is rarely used by musicians, mainly weakens the sound of bass.

The device of the piano, piano and grand piano includes pedals – elements of the lever system of the instrument. A piano usually has two pedals, while a grand piano has three. The most common are right and left, there is also a middle one.

Most often, musicians use the right device – it removes the damper and lengthens the sound, causing the strings to vibrate. The left pedal is used infrequently, its purpose is to muffle sounds due to the shift of the hammers from their usual position. As a result, the hammers strike two strings instead of the usual three. The middle pedal is rarely used: with its help, not all, but individual dampers are activated, achieving a certain sound when playing mostly complex pieces. 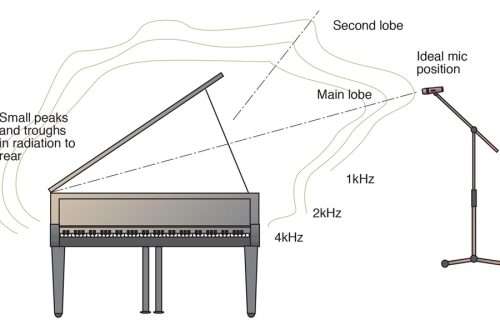 Understand the magic of an acoustic piano 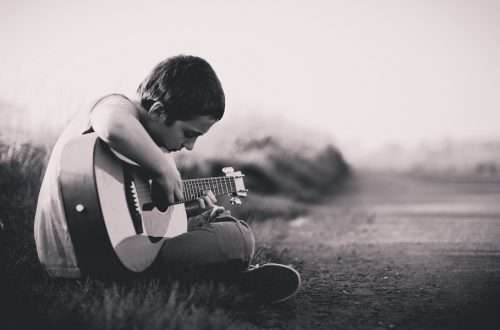 What to look for when choosing your first guitar?