The competition between the two technologies has always been going on. The former has a rich history of over 100 years, the latter is much later. Both technologies are designed to give the guitar the right power. However, the principle of operation of these two technologies is completely different and this is what makes these amplifiers so different and so different from each other. For sure, it is impossible to say which technology is better and which type of amplifier is better, because it largely depends on the individual preferences of each guitarist. Some guitarists cannot imagine working on any other amplifier than a tube one, but there are many guitarists who work only on amplifiers based on transistors or derivatives of modern integrated circuits. Certainly, each of the technologies has its strengths and weaknesses.

Differences in the operation of individual amplifiers

Tube amplifiers give our guitar a very distinctive sound. This is mainly due to their design, which is based on lamps. The sound from such an amplifier is definitely more saturated, often more dynamic and, above all, warmer. Tube amplifiers give our sound a characteristic atmosphere and take us into a certain magical musical world. However, not that it was too good, apart from these positive features, tube amplifiers also have a lot of imperfections. First of all, they are very energy-hungry devices and can use several times more energy than transistor amplifiers. So at a time when a lot of emphasis is placed on ecology and energy saving, it is quite a controversial technology. Also, their dimensions and weight are not very user-friendly. They usually take up more space and are definitely heavier amplifiers than those based on transistors or modern integrated circuits. Tube amplifiers are also more prone to all kinds of mechanical damage, so they require more care when handling them. In the event of damage, repair is quite expensive, and you have to take into account that the lamps wear out and require replacement from time to time. And one more important difference from the transistor amplifier is that they need more time to be ready for operation. The point is that our tubes must warm up properly, although of course it is only a few seconds of action, which for many guitarists is a kind of ritual and an advantage. The last, most acute weakness of tube amplifiers is their price. It is usually much larger than in the case of transistor amplifiers with similar power. However, despite so many seemingly imperfections, tube amplifiers have their die-hard followers. One of the most interesting full-tube amplifiers is the Blackstar HT-20R. It has, among others two channels, four sound options and, as befits a modern amplifier, it is equipped with a digital effects processor. Blackstar HT-20R – YouTube

A transistor amplifier is definitely cheaper, both in terms of purchase and operation, the technology of which has been constantly evolving and has been transformed into integrated circuits in the following years. It is mass production based on cheaper materials. Energy consumption in such amplifiers is several times lower than in a tube amplifier, with a greater reserve of maximum power at the same time. Therefore, transistor amplifiers are smaller, lighter, cheaper to use and service, and often offer more additional functions. In summary, they are less troublesome, but also much cheaper. However, this does not change the fact that despite all these amenities, they will not fully reflect the atmosphere that only a tube amplifier can provide. Types of guitar amplifiers part 1 Tube vs transistor vs digital – YouTube

In recent years, manufacturers, wanting to meet the expectations of the most demanding guitarists, more and more often combine both technologies, taking what was best in the traditional tube and the modern transistor one. Such amplifiers are called hybrid amplifiers, because their construction is based on both tubes and modern integrated circuits. Unfortunately, the very high price may be a big inconvenience for most guitarists.

The final effect of the sound that we get from our guitar depends on the choice of the amplifier. Therefore, the choice of this device should be as important and thoughtful as the choice of the guitar itself. For people looking for some kind of originality and natural warmth, a tube amplifier seems to be a better proposition. For all those who want trouble-free, trouble-free equipment at an affordable price, a transistor amplifier will be more appropriate. On the other hand, for the most demanding guitarists, for whom an expenditure of several thousand will not be a problem, a hybrid amplifier may be what they are looking for. 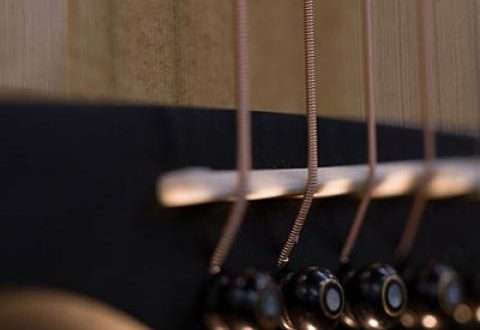 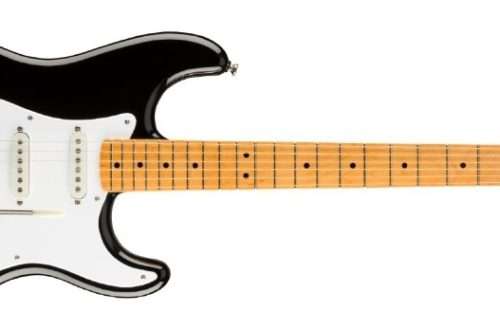