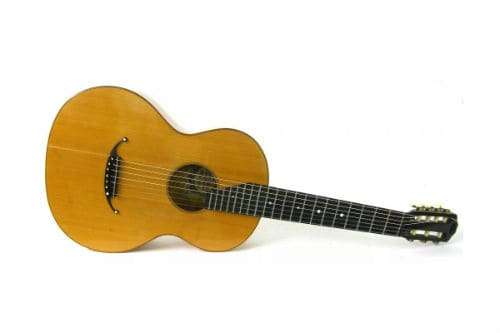 The seven-string guitar is a plucked stringed instrument that differs in structure from the classical 6-string variety. The Russian seven-string is the best musical accompaniment for home holidays and friendly gatherings; it is customary to perform romances and folk melodies on it.

The seven-string guitar is conditionally divided into classical fine-stringed and gypsy with steel strings. The length of the working string is 55-65 cm.

The thickness of the guitar strings are divided into:

Each next one is lower than the previous one in tone.

A hollow guitar drum (base) consists of two soundboards fastened with shells (sidewalls). For its manufacture, wood is used – linden, spruce, cedar – creating a thick, rich sound. Inside the case, springs are installed according to the Scherzer scheme (parallel to each other, transverse to the upper deck) – strips that protect the wooden structure from deformation. The front surface of the drum is even, the lower one is slightly convex.

The central round hole is called a rosette. The bridge is made of dense wood, its saddle is made of bone (mainly on old instruments) or plastic. A gypsy variety of a musical instrument is often decorated with a plastic overlay; there is no classical element.

A characteristic feature of the Russian guitar is the connection of the neck with the drum with screws. By twisting the screw parts, the musician puts the nut that stretches the strings to a certain height, thereby creating the desired sound spectrum. As the nut increases, more force is needed to pluck the strings.

The difference between a seven-string and a six-string guitar is minimal, it is the tuning and the number of strings. The main structural difference is the addition of the bass of the lower row, tuned in the contra-octave “si”.

One instrument differs from another in tuning as follows:

The extra low bass is especially loved by rockers playing heavy music on the electric guitar. When connected to a combo amplifier, the chords of a seven-string electric instrument gain saturation and depth. 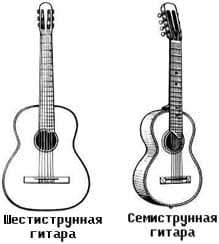 History of the seven-string guitar

The Russian seven-string guitar is the result of the experiments of the French master Rene Lecomte, although it is believed that the Russian composer of Czech origin Andrey Osipovich Sykhra was the creator. The Frenchman was the first to design a seven-string model, but it did not take root in Western Europe, and Sichra only popularized the 7-string guitar, which appeared in Russia at the end of the 18th century. The composer devoted his entire creative life to the instrument, created and performed more than a thousand musical compositions. Perhaps even formed the currently used system of the instrument. The first modest concert was organized in 1793 in Vilna.

The seven-string model gained the greatest popularity in Russia. It was easily played by both an experienced guitarist and a beginner, the nobles performed romances, and the gypsies their touching songs.

Today, the seven-string instrument is not a concert instrument, not even a pop instrument. It is valued and chosen mainly by bards. It is worth recalling the romantic, melodic performances of Okudzhava and Vysotsky. Although several concert works have been created. So, in 1988, the composer Igor Vladimirovich Rekhin wrote the Russian Concerto, and in 2007 the guitarist Alexei Alexandrovich Agibalov presented the program For Guitar and Orchestra.

The Lunacharsky factory has been producing 7-string guitars since 1947. In addition to classical ones, electric guitars are produced today, used in the styles of djent, rock metal. 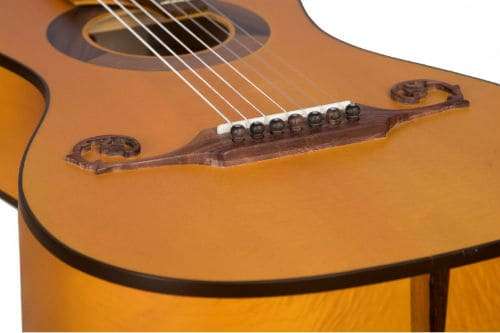 The seventh string is tuned an octave below the classic 6-string range. The system adopted as standard is as follows:

To tune a seven-string, the principle of comparing the pitches of neighboring strings is applied. One is pressed on a specific fret, the second is left free, their sound should be unison.

They start tuning by ear from the first string on the tuning fork “A”, press it on the 7th fret (or tune the free one according to the piano “D” of the 1st aftertaste). Further, they are adjusted taking into account repeating intervals. The minor third has 3 semitones, the major third has 4, and the pure fourth has 5. On the fretboard, the next fret changes the pitch by a semitone compared to the previous one. That is, the fret with a pressed string indicates the number of semitones that change the sound of a free string.

The optimal key for playing the Russian guitar:

More complex and less comfortable in the implementation of tonality:

Other options are difficult to apply. 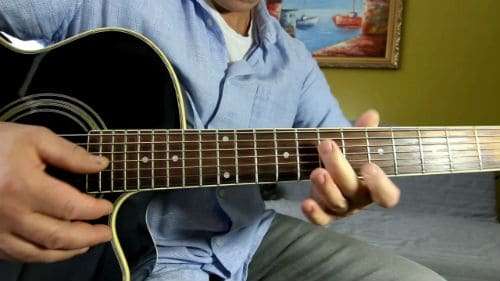 They produce 3 dimensional versions of the seven-string Russian guitar. Moreover, the size can influence the choice of instrument, because it determines the musical properties:

How to play the seven-string guitar

It is more convenient for a beginner guitarist to play in a sitting position. Putting the instrument on your leg, lightly press its upper part against your chest. Press the working hand against the front expanded surface of the drum. For stability, place the foot on which the guitar rests on a low chair. Don’t press the other leg. Place your thumb on the bass strings. Move three middle ones (little finger is not involved) to the palm of your hand. Large shift towards them, not combining.

At the first stage of learning the technique of playing a seven-string guitar, work with open strings, this will help you learn how to extract a melody by passing your thumb along the string row. Do not use your non-working hand at this stage.

Place your thumb on the 7th string and press it down a little. Index – on the 3rd, middle – on the 2nd, nameless – on the 1st. Move your thumb down to the bottom string, while at the same time using the rest of your fingers to play the sounds on the corresponding strings. Repeat the action, moving your thumb up to the 4th string. Perform the exercise until the skill is automated. 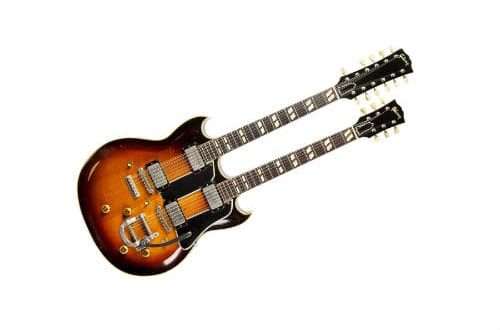 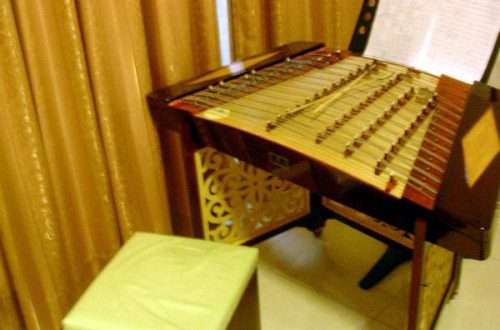 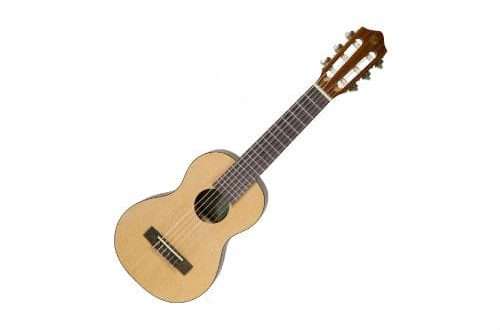 Gitalele: what is it, instrument composition, history, sound, use