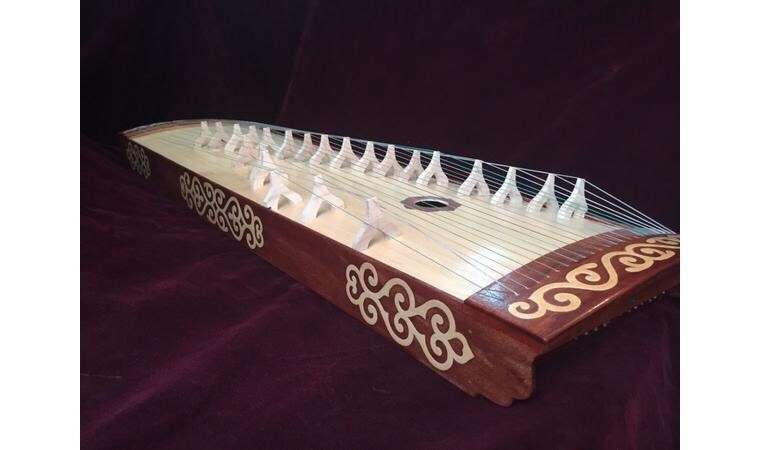 Zhetygen is an ancient Kazakh national instrument resembling a harp or Russian gusli. Belongs to the category of stringed, plucked, has the shape of a rectangle, light weight (within a kilogram). In addition to Kazakhstan, it is common among other peoples of the Turkic group: Tatars, Tuvans, Khakasses.

Regarding the origin, translation of the name of a musical instrument, the opinions of historians differ:

A sad, beautiful legend tells: the Kazakh gusli appeared due to human grief, longing for departed loved ones. The tool was created by an old man who, in difficult times, lost seven sons one after another due to hunger and cold.

After the death of the first child, the old man took a dried piece of wood, hollowed out a recess inside, pulled a string across, and sang the song “My dear”. This is how he said goodbye to each son: strings were added, new songs were composed (“My Beloved”, “Broken Wing”, “Extinguished Flame”, “Lost Happiness”, “Eclipsed Sun”). The last masterpiece was generalizing – “Woe from the loss of seven sons.”

The melodies described by the legend have survived to this day. They have slightly changed, but are still performed under the single name “Seven kuy zhetygen”.

The Kazakh harp is unique: it has been preserved almost in its original form. Modern models actually differ only in the number of strings: there may be 7, as in the original, or much more (the maximum number is 23). The more strings, the richer the sound.

Soft, melodious, enveloping sounds of zhetygen are suitable for solo performers and accompanists. The main direction of use is folklore ensembles, orchestras of Kazakh folk instruments.

Modern performers use zhetygen, which has a maximum number of strings – 23. This modernized model reveals all the possibilities of the instrument, allows you to improvise.

There are few professionals who own the Play on zhetygen. But interest in the ancient instrument is growing every year, the number of fans who want to master the skill of playing is increasing. 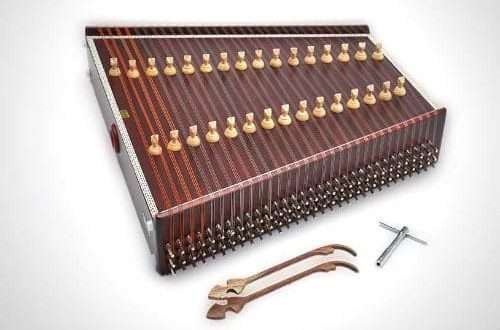 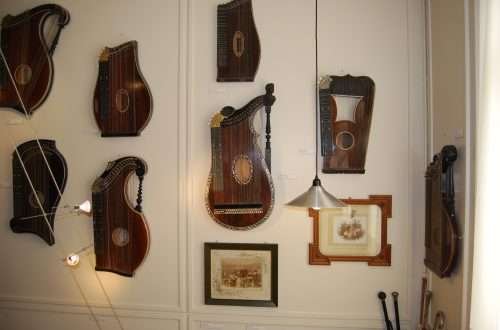 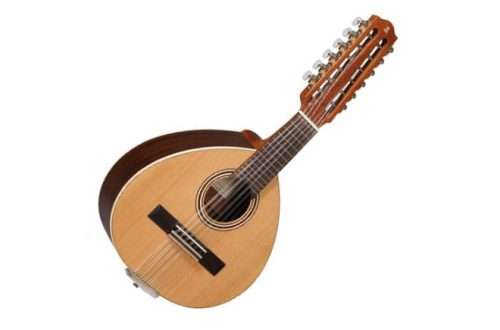