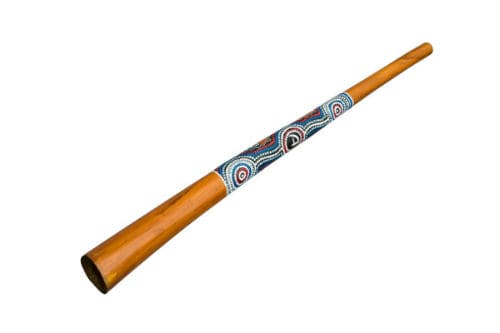 The Australian continent, fraught with a huge number of mysteries, has always attracted a huge number of adventurers, adventurers of all stripes, explorers and scientists. Gradually, the mysterious Australia parted with its secrets, leaving only the most intimate beyond the understanding of modern man. Such little-explained phenomena include the indigenous population of the green continent. The cultural heritage of these amazing people, expressed in special ceremonies, rituals, household items, is carefully preserved by each generation. Therefore, it is not surprising that the sounds heard from the didgeridoo, a traditional musical instrument of the natives, are exactly the same as 2000 years ago.

What is a didgeridoo

The didgeridoo is a musical instrument, a type of primitive trumpet. A device for extracting sounds can also be characterized as embouchure, as it has some semblance of a mouthpiece.

The name “didgeridoo” was given to the instrument, spreading across Europe and the New World. In addition, this name can be heard from bilingual representatives of the indigenous population. Among the natives, this instrument is called differently. For example, the Yolngu people call this trumpet “idaki”, and among the Nailnail tribe, the woodwind musical instrument is called “ngaribi”.

The traditional method of making the didgeridoo trumpet has a pronounced seasonal character. The fact is that termites or, as they are also called, large white ants take an active part in this process. During the drought period, insects in search of moisture eat out the juicy core of the eucalyptus trunk. All that remains for the natives to do is to cut down the dead tree, free it from the bark, shake the dust out of it, fit a beeswax or clay mouthpiece and decorate it with primitive ornaments – the totems of the tribe.

The length of the tool varies from 1 to 3 m. It is noteworthy that the natives still use a machete, a stone ax and a long stick as working tools.

How didgeridoo sounds and how to play it

The sound emitted by the didgeridoo ranges from 70-75 to 100 Hz. In fact, it is a continuous hum that modulates into a variety of sounds with complex rhythmic effects exclusively in the hands of a native or a skilled musician.

For an inexperienced musician or a beginner, extracting sound from a didgeridoo is an almost impossible task. First of all, it is necessary to compare the mouthpiece of the pipe, which can be more than 4 cm in diameter, and the lips of the performer in such a way that the latter vibrate continuously. In addition, it is necessary to master a special technique of continuous breathing, since stopping for inspiration entails the cessation of sound. In order to diversify the sound, the player must use not only the lips, but also the tongue, cheeks, laryngeal muscles and diaphragm.

At first glance, the sound of the didgeridoo is inexpressive and monotonous. It’s not like that at all. A wind musical device can influence a person in a variety of ways: plunging into gloomy thoughts, frightening, introducing into a state of trance, on the one hand, and causing feelings of lightness, boundless joy and fun, on the other. 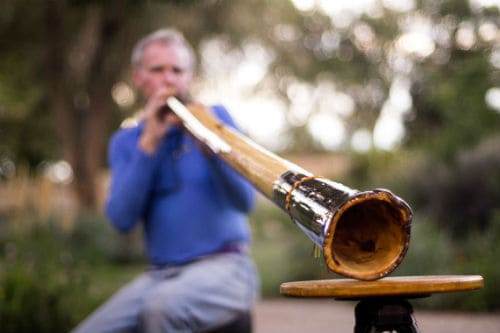 The history of the origin of the instrument

It is known that an instrument resembling a didgeridoo existed on the Green Continent long before the first European appeared there. This is clearly evidenced by the rock paintings discovered during the archaeological expedition. The first to describe the ritual pipe was an ethnographer named Wilson. In his notes, dated 1835, he describes that he was literally shocked by the sound of a strange instrument made from a tree trunk.

Much more detailed is the description of the didgeridoo as part of a dissertation research carried out by the English missionary Adolphus Peter Elkin in 1922. He not only described in detail the device of the instrument, the method of its manufacture, but also tried to convey the emotional effect of the impact on both the indigenous people of Australia themselves and on anyone who fell into the zone of its sound. 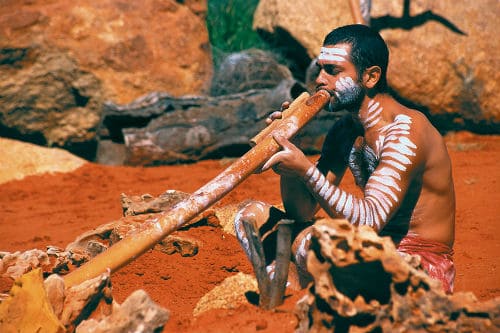 Around the same time, the first sound recording of the didgeridoo was made. This was done by Sir Baldwin Spencer with a phonograph and wax cylinders.

The classic Australian pipe is made of eucalyptus wood, and can be in the form of a cylinder or a channel widening towards the bottom. The cylindrical didgeridoo produces a lower and deeper sound, while the second version of the trumpet sounds more subtle and piercing. In addition, varieties of wind devices began to appear with a moving knee, which allows you to change the tone. It is called didgeribon or slide didgeridoo.

Modern masters who specialize in the manufacture of ethnic wind instruments, allowing themselves to experiment, choose a variety of types of wood – beech, ash, oak, hornbeam, etc. These didgeridoos are very expensive, since their acoustic characteristics are very high. Most often they are used by professional musicians. Beginners or just enthusiastic people are quite capable of building an exotic tool for themselves from an ordinary plastic pipe from a hardware store.

Application of the didgeridoo

The peak of the instrument’s popularity on the European continent and in the USA came in the 70-80s, when there was a surge in club culture. DJs began to actively use the Australian pipe in their compositions to give their musical sets an ethnic flavor. Gradually, professional musicians began to show interest in the musical device of the Australian Aborigines.

Today, the best performers of classical music do not hesitate to include the didgeridoo in the orchestra along with other wind instruments. In combination with the traditional sound of European instruments, the specific sound of the trumpet gives familiar musical works a new, unexpected reading.

Ethnographers have not been able to give a more or less reliable explanation of where the aborigines came from in Australia, why the appearance and way of life differ significantly from similar peoples in other parts of the globe. But one thing is certain: the cultural heritage of this ancient people, who gave the world the didgeridoo, is a valuable component of the diversity of human civilization. 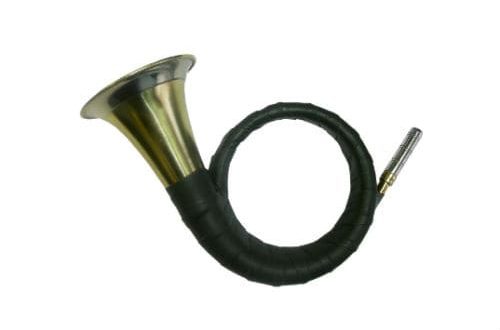 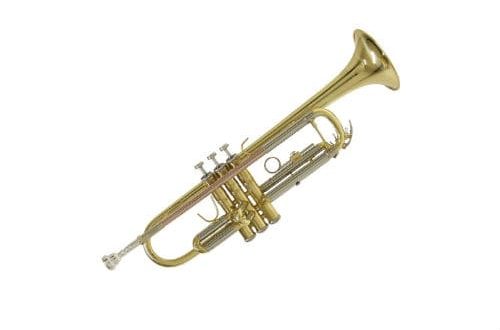 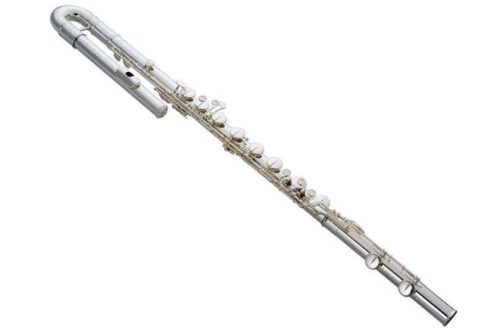 Alto flute: what is it, composition, sound, application