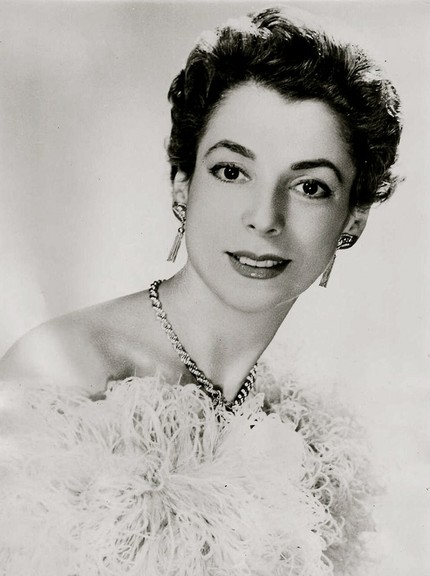 1. Francis Poulenc and the art of the 20th century

“I admire a musician and a person who creates natural music that sets you apart from others. In the whirlpool of fashionable systems, dogmas that the powers that be are trying to impose, you remain yourself – a rare courage worthy of respect, ”Arthur Honegger wrote to Francis Poulenc in one of his letters. These words express the quintessence of Pulenkov’s aesthetics. Indeed, this composer occupies a special place among the composers of the 20th century. Behind these seemingly trivial words (after all, every major master is special in something!) hides, however, an important truth. The fact is that the art of the 20th century, with all its fantastic diversity, has a number of general trends. In the most general form, they can be formulated as follows: the dominance of formalism, mixed with aestheticism, flavored with anti-romanticism and an exhausting desire for novelty and the overthrow of old idols. Having “sold” their souls to the “devil” of progress and civilization, many artists have achieved extraordinary achievements in the field of artistic means, which is remarkable in itself. However, the losses were sometimes significant. In the new conditions, the creator, first of all, no longer expresses his attitude to the world, but constructs a new one. He is often most concerned with creating his original language, to the detriment of sincerity and emotionality. He is ready to sacrifice integrity and resort to eclecticism, turn away from modernity and get carried away with stylization – all means are good if in this way success can be achieved. Go your own way, not flirting beyond measure with any formal doctrine, but feeling the pulse of the times; to remain sincere, but at the same time not to get stuck on the “roadside” – a special gift that turned out to be accessible to few. Such, for example, are Modigliani and Petrov-Vodkin in painting or Puccini and Rachmaninoff in music. There are, of course, other names. If we talk about the art of music, here Prokofiev rises like a “rock”, who managed to achieve a brilliant combination of “physics” and “lyrics”. The conceptuality and architectonics of the original artistic language he created do not contradict lyricism and melodism, which have become the first enemies for many outstanding creators, who eventually handed them over to the light genre.

It is to this relatively small tribe that Poulenc belongs, who in his work managed to develop the best features of the French musical tradition (including the “lyrical opera”), to preserve the immediacy and lyricism of feelings, not remaining aloof from a number of main achievements and innovations of modern art.

Poulenc approached composing operas as a mature master with many accomplishments behind him. His initial opuses are dated 1916, while the first opera, Breasts of Tiresias, was written by the composer in 1944 (staged in 1947 at the Comic Opera). And he has three of them. In 1956, Dialogues of the Carmelites was completed (the world premiere took place in 1957 at La Scala), in 1958 The Human Voice (staged on stage in 1959 at the Opera Comic). In 1961, the composer created a very peculiar work, The Lady from Monte Carlo, which he called a monologue for soprano and orchestra. The name of the French singer Denise Duval is inextricably linked with all these compositions.

He saw her, graceful, beautiful, stylish, as if descended from the canvases of Van Dongen, in the Petit Theater, on the stage of which individual performances of the Opera Comic were staged at the same time. The composer was advised to look at her – the singer and actress from the Folies Bergère – the director of his first opera, Max de Rieux. Duval, rehearsing Tosca, struck Poulenc on the spot. He immediately realized that he could not find the best performer of the main role Teresa-Tiresia. In addition to his brilliant vocal abilities, he was delighted with artistic freedom and a wonderful sense of humor, so necessary for a buffoon opera. From now on, Duval became an indispensable participant in most of the premieres of his vocal and stage compositions (with the exception of the Milan production of Dialogues, where the main part was performed by Virginia Zeani).

Denis Duval was born in 1921 in Paris. She studied at the conservatory in Bordeaux, where she made her debut on the opera stage in 1943 in Rural Honor (Lola’s part). The singer, who had a bright acting talent, was attracted not only by the opera stage. Since 1944, she has tried herself in the revue of the famous Folies Bergère. Life changed dramatically in 1947, when she was invited first to the Grand Opera, where she sings Salome in Massenet’s Herodias, and then to the Opera Comic. Here she met with Poulenc, a creative friendship with which continued until the death of the composer.

The premiere of the opera “Breasts of Tiresias”* caused an ambiguous reaction from the public. Only the most advanced representatives of the musical community were able to appreciate this surrealistic farce based on the play of the same name by Guillaume Apollinaire. Only the next opera “Dialogues of the Carmelites”, created by order of the theater “La Scala”, became the composer’s unconditional triumph. But before it was another 10 years. Meanwhile, Duval’s operatic career was linked for a number of years with the Monte Carlo Theatre. Among the roles performed on this stage are Thais in Massenet’s opera of the same name (1950), Ninetta in Prokofiev’s The Love for Three Oranges (1952), Concepcion in the Spanish Hour by Ravel (1952), Musetta (1953) and others. In 1953 Duval sings at La Scala in Honegger’s oratorio Joan of Arc at the stake. In the same year, he took part in the production of Rameau’s Gallant Indies at the Florentine Musical May festival. In the early 50s, the singer successfully toured the United States twice (in 1953 she sang in the American production of the opera The Breasts of Tiresias).

Finally, in 1957, immediately after the successful premiere in Milan, the Paris premiere of Dialogues des Carmelites** took place. The audience was delighted with both the opera itself and Duval as Blanche. Poulenc, not quite satisfied with the too Italianized Milanese production, could be satisfied this time. The parlando style finally prevailed over the bel canto style. And the most important role in this transformation of the opera was played by Duval’s artistic talent.

The pinnacle of Poulenc’s work, as well as Duval’s operatic career, was the mono-opera The Human Voice***. Its world premiere took place on February 6, 1959 at the Opera Comic. Soon the opera was performed at La Scala (1959), as well as at festivals in Edinburgh, Glyndebourne and Aix-en-Provence (1960). And everywhere the composition performed by Duval was accompanied by a triumph.

In this work, Poulenc achieved an amazing persuasiveness of human feelings, a remarkable intonation richness of the musical language. When composing music, the composer counted on Duval, on her ability to dramatically embody the image of an abandoned woman. So with full right we can consider the singer a co-author of this composition. And today, listening to the performance of the singer “The Human Voice”, one cannot remain indifferent to her remarkable skill.

Duval’s further career after the triumph of the mono-opera developed even more successfully. In 1959, she participated in the world premiere of Nikolai Nabokov’s opera The Death of Rasputin in Cologne. Since 1960, he has been performing at the Colon Theater, where he then spends several more seasons. Among the parties performed by the singer Tosca, Juliet in “The Tales of Hoffmann” and other roles. In 1962-63 she sang Mélisande at the Glyndebourne Festival. In 1965, Duval left the stage to devote himself to teaching, as well as opera directing.

* Here is a summary of the opera “Breasts of Tiresias” – an absurdist farce based on the play of the same name by G. Apollinaire: Exotic Zanzibar. Teresa, an eccentric young woman, is obsessed with becoming a man and becoming famous. The dream comes true in a fantastic way. She turns into a bearded Tiresias, and her husband, on the contrary, becomes a woman producing 48048 children a day (!), For Zanzibar needs an increase in population. The “production” of these children looks something like this: the husband wants to create a journalist, throws newspapers, an inkwell, scissors into the stroller and whispers spells. And then everything in the same spirit. This is followed by a series of all sorts of crazy adventures (including a duel, clowning) buffoon characters, no logic connected with the plot. After all this rampage, Teresa appears in the form of a fortune teller and reconciles with her husband. All the action at the world premiere was decided in a very outrageous way. So, for example, in the course of action, female breasts in the form of balloons rise in large numbers into the air and disappear, symbolizing the transformation of a woman into a man. The first Russian production of the opera was staged in 1992 at the Perm Opera and Ballet Theater (directed by G. Isahakyan).

*** For the opera The Human Voice, see ibid., p. 452. The opera was first performed on the Russian stage in 1965, first in a concert performance (soloist Nadezhda Yureneva), and then on the stage of the Bolshoi Theater (soloist Galina Vishnevskaya). 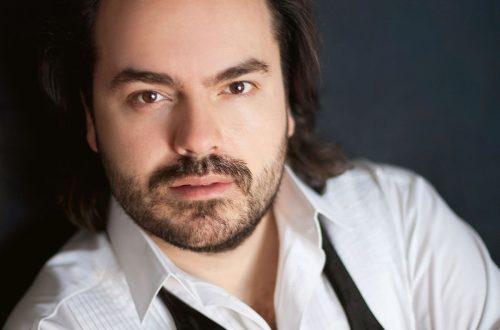 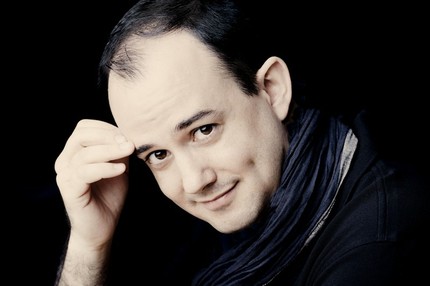 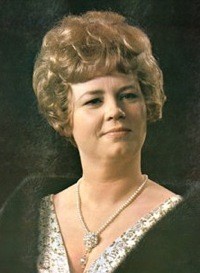